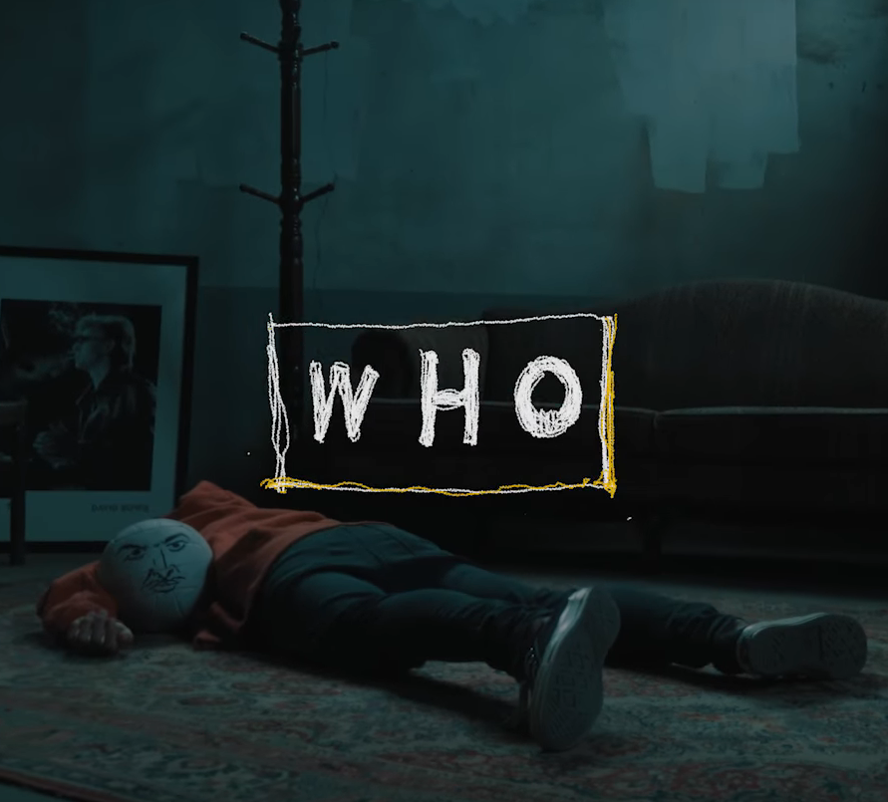 For those who love alternative rock and the indie scene, look out for Wetter as they bring onto the South Korean music landscape a laidback and captivating sound. Despite only having a handful of tracks under their name, the band’s character and style shines through. The band is made up of lead vocal and guitarist Choi Won-bin, bassist Jung Ji-hoon, guitarist Chae Ji-ho, and drummer Heo Jin-hyuk. Shying away from convoluted lyrics, they engage with complexity through their unique soundscape. Alternating between acoustics and a heavier rock sound, they are not afraid to traverse a range of musical territories.

Their first single, “who,” was released in November 2016. A musing track with a light guitar in the background, the tune is guided by a calm drum beat and vocals. Speaking about the gradual distancing of two lovers who feel like they can no longer offer each other any support, the soundscape creates a bubble of solitude suited to the lyrics. Like a pastel landscape, Wetter puts forth a piece that allows for some late afternoon pensiveness. The lyrics are simple and the melody repeating with small twists each time it comes around.

With such an initial image in our minds with Wetter’s debut track, it is easy to assume the band would move towards the musical styles of Hyukoh or The Black Skirts. However, their newest release throws off any of such assumptions. Their newest album, Romance In a Weird World, is a heavier rock album that takes a twist on the 90’s rock sound. In the title track “Romance In a Weird World,” Wetter adopts a less straightforward approach than conventional rock tunes. The band circuits around with the electric guitar at the forefront alternating with barren vocal-drum verses and a bass bridge. 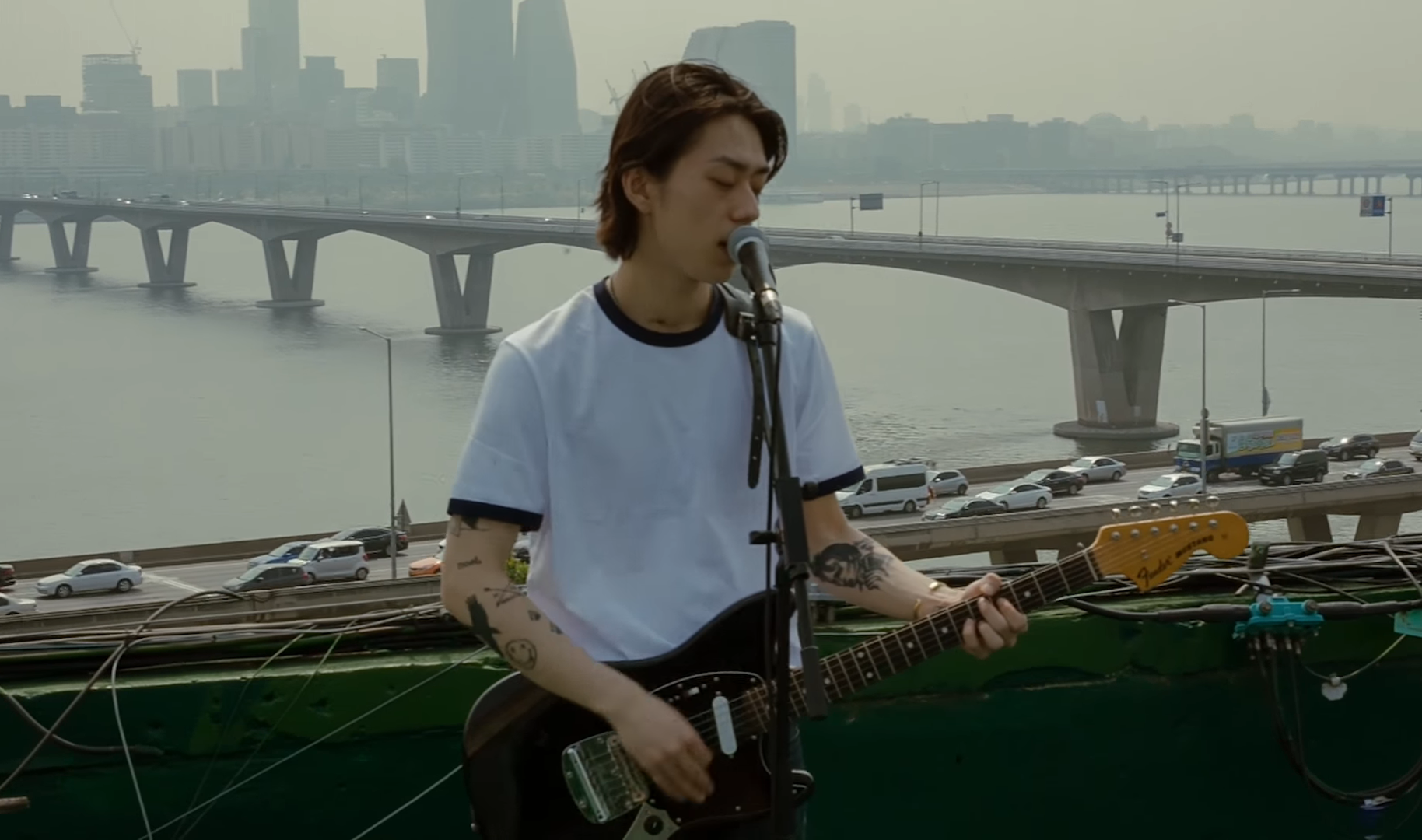 They express a kind of estrangement in the song, while also normalising it because of the very fact that they are able to vocalise it and make strangeness relatable to their listeners. In the MV, the band intrudes on the space of a confused girl scrambling around a room. However, the band does not seem to take notice of the girl and goes about with their chores. Increasingly, the juxtaposition between both becomes prominent as they perform with her in the background. Despite occupying a shared space, neither seems to be aware of the other. The disconnection and isolation becomes spotlighted in such a portrayal. Coupled with the alternating cluttered and barren soundscapes, the mundane is thrown out of the window and listeners are forced into a position of discomfort. Musically speaking, the track is clearly experimental, allowing us to glimpse into the band’s desire to put forth a sound that is certainly unconventional.

On the other hand, the fourth track “Lucy” sticks pretty close to the grunge rock sound. Even within the MV for “Lucy,” the direction the band is taking for this track is clear. Captivated by The Beatles’s “Lucy in the Sky with Diamonds,” this song encapsulates how one comes to be mesmerised by a woman like Lucy. The MV is enshrouded in shadows, barely lit by the red lights – the overall atmosphere is hypnotic and definitely grimier than the image they had at the start with “who.” Led by an echoing bass in the background, Wetter presents yet another image of themselves with “Lucy.”

Such musical construction also resonates with the first track of the album, “The Other Way.” Moving away from the pensiveness and lightness of “who,” Wetter delivers tunes that are taut with tension. “The Other Way” talks about solitude, where one who speaks or walks differently is given strange glances by others for falling out of the norm. Interestingly enough, Wetter drops names of famous musicians in the song:

They repeat this multiple times as the music pulses on. These are clear references to Elvis Presley, John Lennon, Jimi Hendrix and Kurt Cobain – all talented and revolutionary musicians that are icons of their respective eras. With such references, we see not only the influence these musicians have on Wetter as a band, but also the aspiration of the band to stand out regardless of the strange glances they might receive. Following in the footsteps of their predecessors, the peculiarity in their music is evident and charms the listener.

However, before we can confirm their musical direction, Wetter surprises with a video of “You.” “You” is actually a bonus track on the album. The melody is strangely familiar on a first listen, but one would quickly realise it is the same as that of “who” with changes in the lyrics. “You” is also an acoustic track, consisting only of the main vocals and an electric guitar accompanying. The tune returns us to the initial Wetter we see in “who,” with a lightness unseen in the rest of the album’s tracks.

Perhaps an attempt to constantly remind listeners not to stick them into a box, Wetter continues to alternate between such images of themselves. Rather than blindly following a single musical style, they are clearly willing to stretch across soundscapes to develop their own sound. The band’s seems largely inspired by Western bands, from The Beatles to Nirvana, evident from the references in “The Other Way.” In choosing such a sound for themselves with an alternative rock strain, it falls out of the mainstream in South Korea. A path tougher than usual, they have decided to trudge on with personality and determination.

With the indie music scene growing in South Korea, where artistry is valued together with individuality, it seems Wetter has stepped up at the right moment. There is a certain charisma in such peculiarity that Wetter exudes – one that certainly mesmerises and opens a field of possibilities for the band. Embodying the boundless potential and ambition of revolutionaries, what remains is only for listeners to start paying attention so that they can witness the moment when the tides are turned.