Bolbbalgan4's and 20 Years of Age's Ordinary "We Loved" 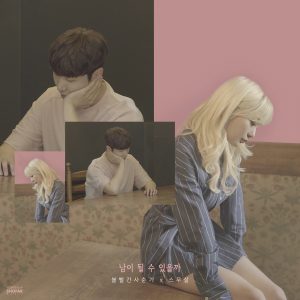 With the summer season around the corner, new beginnings for adventures, experiences, and  love are also in the air among the youth. However, beginnings cannot exist without endings, just like how summer cannot start until spring ends. We go through these parts of life, such as ending of a school year, leaving a job for a better one, or in the case of Bolbbalgan4’s and 20 Years of Age’s “We Loved,” the end of a relationship.  In this new hit single, a love is reaching its end at the start of this summer season. It depicts a change in relationship between a couple whose love has lost its spark.

The rising duo Bolbbalgan4 collaborated with indie band 20 Years of Age in a light acoustic track that is garnering attention in Korea — the song has already reached the top of the Korean charts within hours after its release. The single “We Loved” is Bolbbalgan4’s newest release since their hit full album Red Planet from last year.  For those unfamiliar with the artist, 20 Years of Age is an indie artist who debuted in 2013, and is known for his album “20 Again” and an OST for the popular drama Cheese in the Trap.

The music video for “We Loved” was released a day after the song release, which features the singers themselves, Bolbbalgan4’s Ahn Jiyoung and Woo Jiyoon and 20 Years of Age’s Hwang Sae Yeon. While Jiyoon is mostly seen playing the guitar, the video focuses on the other two. The video is simple yet aesthetically pleasing with visuals that give a bright and relaxing feeling. Jiyoung and Sae Yeon act out as a couple falling out of love with each other. The couple looks bored and defeated after continuous disagreement, unable to say anything anymore. Their feelings are slowly changing as they drift apart even more. Jiyoung sings:

Tears won’t even come out anymore

I threw my phone out of anger

I grew tired of it

This shows a couple who can’t seem to set their differences aside and thinks, “have we come too far to turn back?” Talking and trying to understand each other no longer works, and they can only pretend like nothing had happened.

What works wonderfully in this MV is its simplistic shots of the couple and the bright settings. There’s everyday moments like eating ice cream together on a sunny day, and reading and studying together. The ordinary scenes and objects gives a particular feeling of an “everyday love.” Though, this love is struggling, there’s still some lingering feelings between them that are hard to forget.

In just one moment

Could we become strangers?

I know it won’t be easy

We have some good times

However much they want to quickly forget each other, the past with the feelings of good times is always hard to leave behind. There’s the worries of a future once the love ends, the struggles of moving on. Scenes showing particular objects like the pin of a frowned face and a crumpled romance comic page give some depth to this part of the lyrics.

The ordinariness of the video may make it seem bland, but the emotions in their acting, singing, and certain scenes makes it more than just a breakup song. The bright, summer-like settings gives it less of a depressing breakup story, but rather a story of a nostalgic love wanting to turn back. In the end, the music video added something to the quality of the track itself.

Love stories and breakup stories may all sound the same and so ordinary, but the way Bolbbalgan4 and 20 Years of Age deliver the song through the sincerity of the lyrics and their warm voices makes this song a bit refreshing, the relaxing melody give it summer vibes. Parts of the song have a similar sound to Bolbbalgan4’s “X Song,” but “We Loved’s” lyrics makes it somewhat of a prequel story. As for 20 Years of Age’s contributions, he is known to sing songs about about moments of everyday, such as love and youth, but he always captures the feelings of the songs in different ways that they become so much more — with “We Loved” being a prime example. Together, Bolbbalgan4 and 20 Years of Age turned an ordinary story into a release relatable to many.

“We Loved” does well in conveying a lost love in a melancholic and nostalgic way, and the simplistic visuals of the music video add so much more to the the meaning of the song. While there are others who may not give the song a chance for the thought of it being a typical summer romantic track, “We Loved”‘s ordinariness and simplicity is what makes it sincere and gets the message across.  Though not everyone may think so, it definitely deserves the attention it’s getting, making it another one of the top-charting indie hits of this year.

Bolbbalgan4 Consoles the Average Viewer as a Fellow “Workaholic” 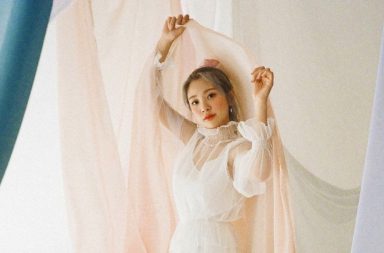 Bol4’s “Hug” Is Warm and Comfortable