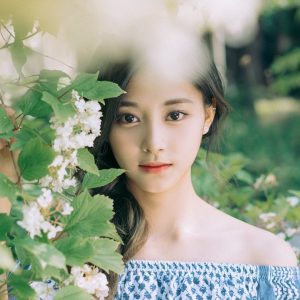 After weeks of intensive polling, this year’s Seoulbeats March Madness has drawn to a close! In a surprise twist, Twice maknae and this year’s second-seed female visual, Tzuyu, rocketed through the rounds to face off against BTS leader and first seed in the male rap category, Rap Monster. Tzuyu’s rise mimics Ailee‘s own ascension in last year’s competition, eventually taking out the top prize and becoming our first female winner. Meanwhile, Rap Monster’s own run has been bulldozer-like in how it mowed down all other contenders.

The championship round between the two idols took place last week, and the results are in. Surprises notwithstanding, it was a mammoth match-up between the hottest male and female K-pop groups right now, the star visual and the top-notch idol rapper, and only one would rise to the pinnacle. In the end, it was Tzuyu who prevailed, with a significant margin of votes.

With our winner now confirmed, we can now announce the official winners of our Pick ‘Em Contest! Taking out first place is Pers, who not only correctly predicted both finalists, but the ultimate winner as well! In second place is hbi1, who correctly picked Tzuyu as the winner, while rach reached third place for correctly getting the most points out of the remaining field of contestants. Here are the picks and points awarded to all three winners! 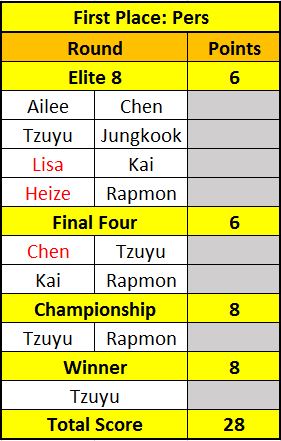 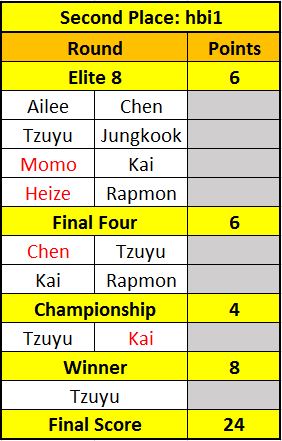 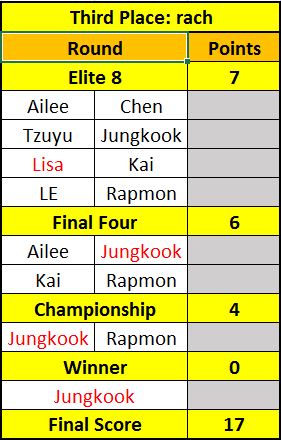 Congratulations to our three winners! In order to claim your prize money, please email info@seoulbeats.com from the email address you provided before 11:59PM EST on Saturday, April 8 2017.

To everyone who entered our Pick ‘Em Contest and participated in the polls, thank you for your enthusiasm and involvement — Seoulbeats March Madness would not be possible without you! Special thanks, also, to Lorenza for designing our lovely bracket and logo this year, Chelsea for updating the bracket as we progressed through the rounds, and, of course, Mark for all the work he put into making this event happen.

Readers, how did your predictions fare? Did events unfold as expected, or where there more than a few surprises that wreaked havoc with your bracket? Let us know in the comments below!

(Images via: Pholar. It’s all Pholar. God bless that photoshoot.)