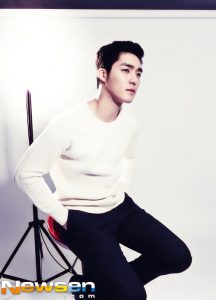 While there hasn’t been any confirmation as to the identity of ‘A’ as of writing, netizens were quick to come to the conclusion that the male was Seo Ha-joon based on the similarity of facial and bodily features, and the presence of a necklace the actor is known to wear.  Seo Ha-joon’s company hasn’t said nay or yay on the accusations, but it has been noted that the actor’s Instagram switched from public to private as the rumor gained increasing attention.

Last year, actress Lee Si-young was caught in a similar situation. A sex tape reportedly involving the actress was released by two journalists who fueled the rumors. Like with Seo, the woman in the video bore a resemblance to Lee, but it was quickly and decisively revealed that the actress was not in the video. The two were quickly shut down by Lee’s company and were recently sentenced to jail time. There are similarities to this case and Seo Ha-joon’s: both are/were rising stars. Both videos spread quickly through the entertainment sphere. There is the lack of respect for privacy and the potential to end a person’s career. Most importantly, the content is questionable, but still undeniably damaging.

What is most mind-boggling, in the case of Seo Ha-joon, is the reaction of the public. There isn’t the shock and outrage that would be expected if it had been a woman in the video. No one is calling for him to resign or withdraw from the public until the situation is figured out. On the whole, most commenters are asking for the link to the video for ‘research’ purposes or comparing his body to that of adult film stars. In contrast, when the members of SNL Korea were filmed grabbing various male idols by the crotch, fans collectively expressed their disgust over the situation and cast member Lee Se-young stepped down from her position. Yet, now with this maybe Seo Ha-joon, viewing the video or screenshots of it is seen as a ‘must do’ event. 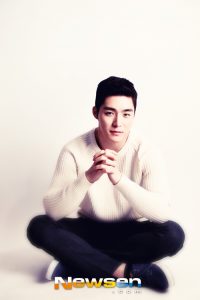 The problem isn’t the video itself. A grown man, Seo Ha-joon or not, choosing to expose himself that way to a person he trusts is his prerogative. The problem here lies with two entities.

Entity one is the person who leaked the video. This person is not to be praised. They violated the implicit trust ‘A’ put in them. By releasing this video, they also have created a whirlwind of negative press that can damage Seo Ha-joon’s reputation in a not-so-forgiving industry if it turns out to be him. The second entity is the public for perpetuating this blatant invasion of privacy, as well as for their obvious disregard for the severity of the leaker’s actions. The situation is treated as a joke, ‘A’ as eye candy, and no one is willing to question exactly why this video is going around or what the person who leaked it stands to gain from doing so. Though the same joking atmosphere emerged in small doses with Lee Si-young, the general public pushed more for the truth and verifying the identity of the woman in the video than of making a mockery of Lee’s career.

Kiss scenes and short skirts are fine to an extent, and innocent flirting is OK in some aspects of the industry. Controlled use of sexuality to sell a product is a different topic than the matter at hand. Taking a personal video and using it to destroy a person’s career and reputation for no reason other than being able to is wrong. Ignoring the fact that this is, in fact, a sex crime that has caused others to be sentenced and punished for, just because the person involved is an attractive celebrity is almost as bad as spreading the video itself. With the commonality of these incidents, it shows that an open and informative talk about sex, sexuality, and boundaries within the industry is what’s really needed in order to stop it from continuing.