Welcome back, readers, to the Best of Weekly Music Shows! This week was a slow one; with not many debuts or comebacks, though we did see the debut of Thunder as a solo artist. Neither M! Countdown nor Show Champion aired this week. B1A4  took the top honors on The Show  and Music Bank, while Inkigayo went to Zico.

Let’s start off by kicking things old-school. I love everything about this. I love seeing a first-generation group like Sech Kies reunite to school today’s kids in K-pop. I love how not a beat is missed, as if they’d never left the stage. I love how seamless and effortless Sech Kies appear, a reminder that there is no school like experience when it comes to stagecraft. Most of all, I love “Couple” and how distinctly not trendy it is. Sech Kies are not the dads of music trying to be young again and do what the kids do; they’re showing their age with maturity and grace, proving that good music is timeless.

Winter is always a tough season for me , music-wise– I don’t like ballads, so I burn out on the heartache of the season very fast. Luckily, Victon is here to for a breathy of funky fresh air. “What Time Is It Now?” is a throwback piece drawing from the late 70s and early 80s for a fun song heavy on groove and light on angst. The choreo picks up on that, going for large, stylized movements that scream “retro”, “dance”, and “dorks” in equal measures.

Congratulations, Astro, you aeygo-ladden dancy lads. You have wormed your way into my cute-proof heart. Your creative formations and sharp dancing have impressed me. Your exuberance and excitability adds to the vocals rather than limiting the harmonies. Your adorability has made me smile during a terrible year. But most importantly, you have finally mastered the art of being youthful without acting childish. The bright colors and dew-eyed pistaches have been replaced with earnestness with a touch of maturity. Use your new powers wisely.

It’s rarely a question of if a Mamamoo performance will land on the Best of Weekly Music Stages, but which one. They are one of those groups who always, always kills it on stage. Never a missed note or a missed step; these ladies are phenomenal performers with vocal talent to match and they blow me away every time. I ended up picking this particular performance for the styling. While this comeback has been loaded with gorgeous outfits, these give off a Sex and the City vibe that adds to class and confidence of the whole song.

As stated previously, I don’t usually like ballads, but sometimes you have to give adulation where adulation is due, and its due here. Soyou and Junggigo reunite for another duet, and while “There’s One More in Love Than in Farewells” is certainly no chart-smashing powerhouse, it is sweet, balancing the chill of the stripped down music with a warmth that comes only from Soyoy and Junggigo. This a duet where the two halves are clearly talking to, not at, each other, allowing their vocals to meld and mix. The result is raw but genuine, a nice spot of warmth on a cold day.

These were my favorite stages of the week. If there are any you think I missed, leave them in the comments! 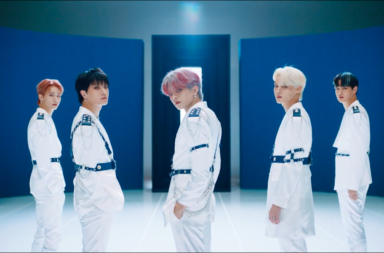