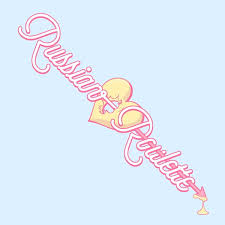 Red Velvet’s concept of dual images has resulted in a very varied discography, constantly bouncing from the bold and brash red releases to the lush and sensual velvet offerings. Yet, while Russian Roulette is marketed by SM Entertainment as a red-meets-velvet concept, the truth is Russian Roulette lands on the 0 — instead of either bold and sensual, it’s neither.

Russian Roulette is an accomplishment in failure. On an individual basis, each track is competent enough; bland, but not bad. Yet when looking at the mini as a whole, everything is so milquetoast it becomes bad. Each song bleeds into the other in a slurry of synth pop, the lyrics are obnoxiously inane, and the production transforms the tolerable, but dull, into an irritating, sloppy piece of work. Russian Roulette as a whole is substantially worse than its parts, a rare feat worthy of respect and frustration in equal parts.

Really, the level of incompetence needed to achieve the level of dullness presented on Russian Roulette is something to admire. Seven tracks, by seven different composers, all managing to blur together so well four tracks can play and no transitions will register. This is even more impressive when considering the round of genre roulette played here. From the ’80s pop of “Russian Roulette” to the folksy sound on “Fool” to the mid-’90s R&B of “My Dear”, Russian Roulette hits a wide variety of musical styles that nevertheless sound so alike they all just congeal in the mind.

On a mini loaded with 99 problems, the downright atrocious production accounts for at least 80. Trying to pinpoint exactly where Russian Roulette shifts from “bland but acceptable” to “nails on a chalkboard” is impossible, simply because there are too many choices. Is it the overuse of autotune on the chorus of “Sunny Afternoon” warping Red Velvets lovely vocals into a tinny mess? Maybe it’s the triangle on “Fool”, that always seems half a beat late? The clashing synth lines of “Bad Dracula”? The random noises of “Lucky Girl”? Or is the point of no return in the opening song, “Russian Roulette” itself, with the stuttered, nasal “la la la”s?

The production isn’t just the death of a thousand paper cuts, either. There are several recurring issues that plague the mini from start to finish. The biggest and most noticeable of these is the atonality. Over and over, it appears different elements of songs are in slightly different keys, and the resulting clash comes off as cacophonous and caustic. “Lucky Girl”, “My Dear”, and “Bad Dracula” are the biggest offenders, but no song is safe.

The atonality also leads to the secondary issue sourness in the instrumentals, with the worst example, the prechourus of “Lucky Girl”, sounding outright demented. At several points, the discordant production is so aurally unpleasant that it rends Russian Roulette borderline painful to listen to.  The production even wrecks what could have been the saving grace, Red Velvet’s admittedly good vocals, by slathering them in autotune and burying the vocals deep in the mix.

The lyrics are not bad in that they make sense grammatically, and each song has a cohesive subject, but neither are they special. Silly love songs about crushes and shyness, nothing really special. However, “Bad Dracula” has some unintentional hilarity; where Red Velvet’s fairly tame rebellion — having a boy confess to them and hiding in crowds at parties — make them sound like inept vampires rather than cool and confident.

Despite all the above, though, there is one song on Russian Roulette that just shines. Everything clicks in “Some Love”. The sour, off pitch electric piano balances out the squeaky synths. Random bubble noises and whooshes fill out gaps in the mix, adding a fun pop to the track. The vocals are lush yet playful, hitting the right tone between wanting more but not wanting too much. The whole piece sounds chill and relaxed rather than lazy.

If the rest of Russian Roulette captured the quiet confidence and delicate balance of “Some Love”, it would have been a winner, rather than a what-might-have-been.