BtoB Blue Tugs at Heartstrings with "Stand By Me" 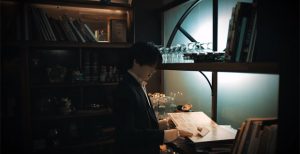 2016 has been a good year for K-ballads. While I’m not sure what took Cube Entertainment this long to debut a BtoB subunit, I’m glad it’s one that showcases their skilled vocal line, with a thoughtfully executed MV to boot.

BtoB has had a fairly well-received run with their pop and dance title tracks, but it has always been their ballads, backed by rich vocals and heartfelt messages, that have stood out. BtoB Blue‘s debut track, “Stand By Me”, permeates with a sorrow that is restrained but nonetheless tugs at the listener’s heartstrings. It expresses the persona’s unexpected feelings of regret after parting ways with his lover, and his plea:

Just for a little bit more, stand by my side
Just until I can smile even when I look at you, please stay

The song uses string instrumentals familiar to ballads, and the instrumentals strike the right balance, supporting rather than overwhelming the vocals. Likewise, the MV—which Peniel had a hand in producing—works subtly to bring out the emotions of the song and to let the singing take precedence.

The colours of the set are kept to a minimalistic palette of brown, black, and dark blue, and the members’ clothes are also styled accordingly to match the melancholic mood. The props are simple but effective in their narrative economy: Changsub picks up a wedding invitation, Eunkwang looks down at a ring nested in its case, and Hyunsik wanders in with a bridal bouquet. Instead of shoving scenes of their lover’s wedding at the viewer, the MV uses these items to piece together the back story. 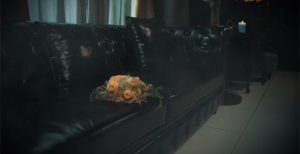 The camerawork is similarly pared down. The MV is shot almost in a single long take (with the exception of a cheat cut during the close-up on the bouquet). We’ve previously discussed the use of the one take as a way to train focus on the choreography in performance-based MVs. Here, though, it is the duration of the take, rather than dynamic camera movements, that is being exploited in order to maintain the melancholic mood.

Yet the camera is never still: it pans and tracks slowly, swaying in a gentle motion as it follows the different members. The song is grounded in striking feelings of regret, but it is held back from being too heavy by the delicate falsettos. Similarly, the soft focus and gentle camera movements create a dreamy effect that prevents the dark colour scheme from becoming too sombre. 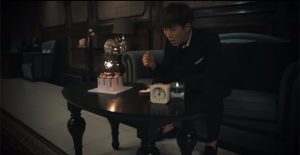 Of particular interest is the use of lighting as the MV builds towards the climax of the song. The lights begin to fade in and out, casting shadows on the members’ faces to heighten their anguished expressions. More crucially, though, the alternating of light and shadow externalises the persona’s emotional conflict. The persona finally reveals his true feelings: he doesn’t merely wish for his lover to stand by him for just a while longer, but really wants them to be in love again.

Simplicity isn’t as easy to pull off as it seems, and this carefully planned and directed MV has done a good job with it. It is in complete service of the song, bringing the deserved attention to the stand-out vocals of the four members. Both the song and the MV are a strong start for BtoB Blue, and as someone with a weakness for ballads, I’m certainly looking forward to future offerings from them.