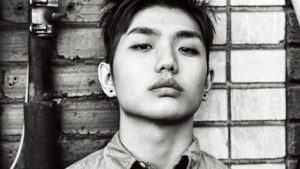 As 2016 reaches its halfway mark (can you believe it?), it’s hard to sift through all the standard pop and surge of hip-hop coming out of Korea lately. Especially with big names from the idol world cropping up with solo projects. However, 2016 has thus far been a stellar year for music, and everyone seems to have reserved their best music for the last six months. It’s no surprise, then, that there are dozens of indie artists from every genre releasing music that crawls beyond the shine and sparkle of mainstream K-pop. This is where music becomes unfettered by the traditional process and artists are allowed infinite possibilities to shine. Thus my list of indie artists for the first half of 2016.

I was blessed with the opportunity to actually see this band live twice, as well as sit down and chat with them. These ladies… what can I say? They rock in every form of the word. They create punk music at its most elemental, all rough cuts and guttural tones. Though not as ostentatious as their compatriots in DIEALRIGHT, they do not lack for raw musicality. There’s nothing soft or frail about this trio of fearsome ladies. Lead singer and guitarist Mohho has a voice that can cure any ache in your soul. Seo-hyun is a powerhouse on the bass. Mui is an absolute beast on the drums. Their combination of energy and fearlessness is what gave their most recent single “Across the Black Tunnel” its emotional edge and keeps me clinging to their music

This band is definitely a force to be reckoned with. Their sound goes beyond simple electronica. It’s melodic and emotional, music that’s made to get deep within the psyche and the spirit. Lead singer Annie Ho’s voice is angelic but by no means soft. The band’s latest EP We Love We Leave, Part 2 combines everything fans already love about LXS with a sharpness and emotional depth that surpasses their earlier releases. Considering how explosive their work has been in the past, that’s saying something.

This is a band that needs absolutely no introduction. They’ve got a following and musical legacy that far outshines many of their peers, and twenty years in the industry, they still manage to create music that’s nuanced and kicks more ass than the young’ins in their wake. Their latest release Brainless mixes hard-edged punk rock and unapologetic blues to create a truly spectacular experience. Their balls to the wall attitude makes them so powerful as a band. They take no prisoners and apologize for nothing, making music that’s hard as nails. Not to mention their musicianship is through the roof. These guys take people places they may never have ever thought they’d go, and they do it with a snarl and a bottle of soju.

This artist is what I’d like to categorize as a Soundcloud Superhero. There are a lot of unheard talents out there who release their work on Soundcloud, the Internet’s answer to selling mixtapes out the trunk of your car. Danclock is one such artist, creating hip-hop that’s as melodic as it is impactful. Formerly going by Treyz, he dropped his mixtape fit feel free, up last month. It features a roster of producers and group Cream Villa throughout, creating an exceptional listening experience. He’s got an easy flow. Though there’s confidence in his tone, I don’t sense any of the ego part in parcel with a lot of hip-hop artists. He simply creates honest music. You have to appreciate an artist who dispenses with all posturing and uses that energy to create some truly captivating music.

She’s another artist on my Soundcloud Superhero list. She makes the type of electronica that excites me. It’s molecular, taking a genre that at its extreme can really just be computer-heavy club drek and creating music with a pulse and a heartbeat. Her sound surrounds the listener, giving it warmth. There’s an earthy quality to her music, something rooted in nature, meant to grow and nurture the listener. That sparse elemental construction is highly erotic, tapping into the senses and giving the reader impetus to reach out and touch. Her most recent release “OOZOO” is the perfect example of how music can be both love and lover. I sort of equate her to Aquarian Angel-era Blue Six: mood music in shades of indigo that’s smooth and cool yet incredibly warm to the touch.

Most well-known as the runner-up on SBS’s K-pop Star Season 3, he got his chance to debut earlier a couple months ago with track “Mama Don’t Worry.” I didn’t get a chance to see him on K-pop Star two years ago, so I was really shocked at his musical depth and vocal perfection. He boasts smatterings of traditional blues with a modern twist. His voice is raw with a gritty cut to it. And while his debut EP I AM SAM does sample a few genres (namely a silken R&B, a commendable piece of blues, and a bit of pop, as one may expect from someone who almost won Korea’s equivalent to American Idol), the focus is undeniably his voice. He’s got an old spirit, the type of music that can really get inside the soul and spread to all your parts. Singing in both Korean and English , he manages to get across his ache and his emotion with ease, as if everything he says is 100 percent honest, true to life.

If I can be frank, I don’t know quite what to say about Samuel Seo. His voice balances a simple tone with complex emotions. His music is uncomplicated but manages to create an emotional maelstrom of its own. When I saw the first track on his most recent release Ego Expand (100%), I was skeptical. After all, the title at the very least pays homage to one of last year’s best albums, The Internet’s Ego Death. However, when I heard the track, I got the feeling that was his intention: elemental R&B that’s got an eerie slant and warp to it. He’s a pure artist, someone who creates music as much for himself as he does for anyone who wants to listen. In that way, the title is apt. The album is self-indulgent, almost self-congratulatory. But listening to the winds and bends of the music, the arc and croon of his vocal color, I’d say he’s actually earned that expansion of his ego. He’s an artist that needs to be on everyone’s radar. Just as my first encounter with Sam Kim, listening to Samuel Seo is an experience that will elevate your love of music and give you a sense of soaring, hovering above yourself and experiencing life on two separate planes.

More from my stash of Soundcloud Superheroes. This trio takes hip-hop and adds a heavy dose of harmonic musicality to the their sound. It moves far beyond the boundaries of what hip-hop can be and explores the softer construction of the genre. As in track “It All Changed,” it’s personal, sensual, and, dare I say, sweet. Meanwhile, track “NO DAB” first snarls, then soothes. Their more focused on creating music that affects the heart, sparks the listener to consider their emotional makeup and adjust. Quite frankly it’s just brilliantly beautiful music.

Honestly he’s always on my radar. I love his music, the way he can take the musical skeleton of a song and rebuild its muscles, giving it flesh and breath. His latest creation You Won’t Find My Punchlines Here is just as magical as UR Silhouette in where his musical vision has grown: from the bare bones of Debris to adding both vocal and instrumental layers. With each release you can tell he’s finding more of himself.

Oh, Dummy. The only thing stopping me from putting you on the list is the fact it’s been so long since I’ve heard your voice. Honestly he was so close to being in my top list. Track “SAFE” alone should’ve had him in the mix. But honestly his last release (that I know of, now; I could very well be mistaken, and if I am I humbly apologize to Dummy in advance) was three years ago. But “SAFE” is the kind of track that changes people. Every single person of color who heard the song and saw the video shouted either a “Hell yeah” or “Hallelujah” at their computer screens. The man is a maniac lyrically, always has been since his days on King of the Dot. You hear his name and it demands instant respect. So even with just this single in the last few years, he had to be on the list.

Obviously this list isn’t at all exhaustive. These artists are just the tip of the iceberg for me, and honestly the only thing keeping me from making this a list of about twenty artists is, well, it would be a list of twenty artists. So who in the indie world has caught your attention so far this year?