When Oppa Doesn't Want To Notice You: Idols vs. Sasaengs 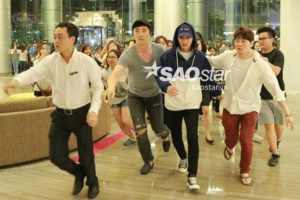 Sasaeng. The one word anyone involved with Korean entertainment doesn’t want to hear. It’s a title that doesn’t reign of glory and high praise. Sasaengs are the ones who ruin it for the many.

What started out as a simple harmless “I hope senpai will notice me” lifestyle for sasaengs turned into hacking into idols’ phones, calling them repeatedly, creating fake accounts of said idols, stalking them to and from a location, breaking into their homes, and/or disturbing not only the artists, but their families while they’re on vacation.

And for anti-fans, it’s more about spreading negative rumors and slanders of someone’s name and image. There’s not much to gain outside of the sheer thrill of impacting and damaging someone’s life.

While all artists will at some point have these type of fans, it seems that the ones mainly heard about (and are out of control) are the artists belonging to SM Entertainment. Not to mention, SME seems very late on the uptake of fighting against sasaengs and anti-fans alike. As early as 2012, artists from YGE, JYP, Woolim, C-JeS Entertainment, and other companies have taken up the mantle of defending themselves. When it comes to fighting against sasaengs, it’s a bit more difficult since not much can be done if no one was hurt physically. This could be the reason as to why idols are being more outspoken about shedding light on their actions instead of keeping silent.

EXO’s Chanyeol and Sehun during live recordings on V app have called out fans or picked up a phone call, yelling into the receiver to stop calling them.  SHINee’s Key and SNSD‘s Taeyeon have called out sasaengs on their Instagrams about their behavior and actions towards the idols, calling them repeatedly or adding them into fan chats without their consent. f(x)’s Luna has also announced her displeasure of these “fans”. Key was particularly vocal about the issue:

“you can’t call yourself a fan you poor people it was 6am. Recently, I’ve been receiving a lot of messages and phone calls. This is really insulting and I can’t stand it. To those who flooded my phone with 600 messages, please stop.”

Idols aren’t seen much as people in the world of business, but more so as objects and livestock. Companies seek to make a profit off of their vocals, visuals, and performances. Keeping this in mind, companies promote their “property” in order to increase sales and value. SM tends to promote its idols as not so much artists, but as objects to be idolized. An idol (as an object) only serves one purpose and it is to be worshipped. It doesn’t have a life, likes or dislikes, choices, free will, or anything that would make it human. 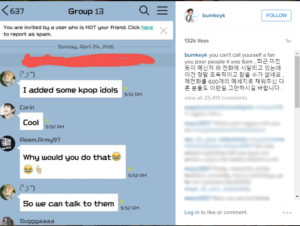 A company like SME probably doesn’t consider taking much action against sasaengs because they’re a means of profit. It’s not an unknown fact that SM dominates in physical sales. For example, in the last quarter of 2015 according to the Gaon Chart, SME had the top physical album sales. When you consider a group like EXO which has currently nine members, pair them with a sasaeng fan who unconditionally supports them, there’s a very good chance said person will buy nine copies of one album, compensating for each member. Combine the ideal with a large group of sasaengs, and there’s the considerable portion of sales. So don’t take away a revenue because if you act against it, it’ll pull out its support.

With this type of promotional marketing system, some people forget that behind the idol status is a person. Strip them off the fame and they’re just one of us. No one in their right mind would do this to someone they know, respect, or even someone they don’t know. Harassment, bullying, breaking and entering, trespassing, and stalking are all wrong. Everyone seems to understand this except for them.

Actions like this are very hard to control in a place like Korea where, at one point, there wasn’t much of an anti-stalking law. But seeing how the actions of sasaengs can put their life, an idol’s life, or people unrelated in danger, a stronger law has been enforced with higher fines and possible jail time. Granted, it’s only been introduced this year but there’s hope such a law will be taken seriously when people report stalking or harmful and unwanted attention. 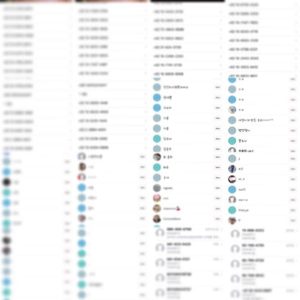 Some anti-fans think artists are deserving of such actions just because they’re an idol pursuing a dream. And with that status comes hardships they have to be understanding of and deal with because it “comes with the job.” That it’s okay to subject them to stalking, harassment, privacy invasion, etc., because “they should know better.” In truth, there’s no good reason for anyone to be treated with malice or shaming for unjust purpose or “just because”.

Idols normally do not mind meeting or spending time with fans. That’s the sole purpose of fan meetings, the Daum cafe, and now Naver’s V app. Events and interactions have to be on an artist and company’s terms. A company sets up a meeting time, location, and date and allows fans to access the event. Calling someone like Chanyeol and Taeyeon repeatedly in hopes they’ll pick up? Not okay. There is no mutual agreement, especially if the idol didn’t give out their information in the first place.

When it comes to sasaengs, oppa or unnie does not want to notice you. Them picking up the phone and yelling saying not to call them, that’s not being noticed. That’s responding to harassment. For anti-fans, you’re getting noticed but that comes with the possibility of a lawsuit notification and a police officer showing up at your door to put you in handcuffs.

What steps would you take against anti-fans and sasaengs alike? If you could create a law against these types of “fans”, what stipulations would you include? What are your feelings about idols finally taking steps to fight back against malicious comments?