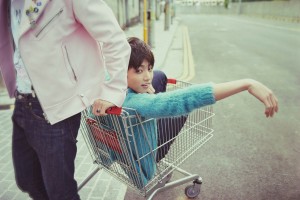 Hello everyone; I hope you all had a good weekend!

We’re well into April now, but I want to take this opportunity to talk about March. More specifically, SB March Madness.

I had picked BTS‘ Jungkook to take the competition and become our new Jaejoong winner, and so did a lot of you. A large chunk of entrants in this year’s Pick ’em contest gave us his name. However, you can never take anything for granted when it comes to K-pop polls. Just like that, Jungkook was eliminated in the Final Four round to set up an all-girl finale between Ailee and Solar. And thanks to her Canadian fans, Ailee went on to become the first female winner of Seoulbeats March Madness!

While there were less entrants who had predicted Ailee to win, we still ended up entering into a tiebreaker, which you can see below. Ultimately, Grace from Virginia, US, emerged as our victor by the tiniest of margins. She had correctly picked four of the Elite Eight, while our runner-up had picked three. It just goes to show, how important all your picks are — not just predicting the winner. 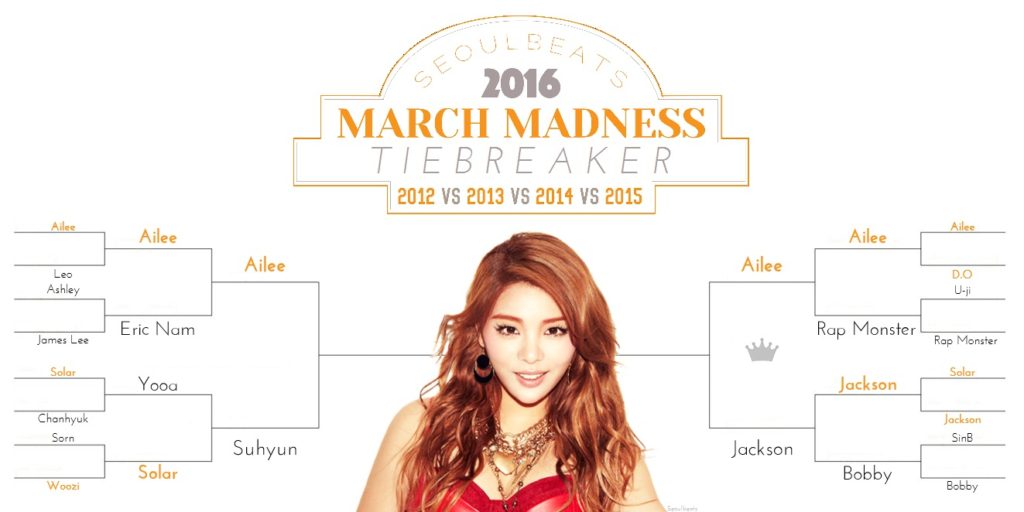 Congratulations to our winner Grace, who has won a $50 gift card to the Seoulbeats Merch store. And a shout-out to our runner-up, as well!

Readers, did you enter this year’s contest? How did you do? Did you expect results to turn out the way they did? And if you haven’t yet already, take a gander at our one-on-one interview with Ailee herself at her California concert in November!