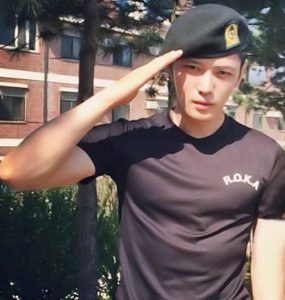 It has been just over a year since Kim Jaejoong entered the military for his national service, and I, like many other K-pop fans, am seriously missing him. Of course, Kim Jaejoong is not just any K-pop star; he’s a musician with a punk streak that stands out among the crowd of euro-pop and hip-hop that’s been coming to dominate K-pop. In this round of Music & Lyrics, we’re taking a look at Jaejoong’s more personal works, the songs he both wrote the lyrics for and performed himself. And in those self-penned songs, a clear pattern emerges — an ever-present interplay of love and emotional violence.

The interplay of sex and violence is nothing new. Mixing destruction and creation has a balance that has always spoken to the tortured souls of the world, but Jaejoong’s take is an unusual one. In Jaejoong’s lyrics, this same interplay is present, but on a purely emotional, internalized level. In his world, love and pain cannot exist without the other.

This mixture of pain and pleasure first became apparent in “All Alone” from I. “All Alone” opens with “I live in the memories of when we used to love/ The precious pain also remains in the memories.” Jaejoong is placing equal value on the heartache as on the good times. The “precious pain” isn’t just from missing his girl, either, implied by the lyric “I try to take out our love that became a secret in my heart.” This creates vivid imagery of Jaejoong trying and failing to excise a toxic relationship, and being unable to do so.

Jaejoong’s apparent relish for emotional anguish was carried over onto WWW and expanded. “Light”, “Butterfly”, “Rotten Love”, “9+1#”, and “It Is” all have lyrics tying pain and love, though “Light” and “9+1#” are the most prominent examples. From “Light’s” opening lines, it’s clear that Jaejoong views love through a lenses of pain.

What’s the point of making me yours through causing hurt in me?
The unavoidable target of your arrow is coming right at my heart.

What’s the point of making me yours through causing hurt in me?
Tears marks the beginning of love

The feeling of the good wind passing

It blows too much, making me sick of it.

Jaejoong invokes the image of Cupid’s bow and arrow, but rather than treating is as playful, emphasizes the violence of getting shot through the heart. “Light” paints love as something unavoidable and gruesome, full of anguish with little payoff. He openly equates the start of a relationship with tears, seeing misery in the happiest of times. He openly admits that when a relationship is going well, he gets sick of it; preferring the energy of anger and destruction to the peace of happiness. 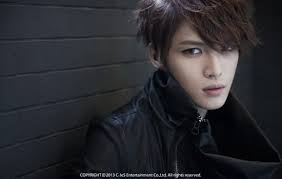 “9+1#”  also portrays love as a violent, brutal affair, though one that he brings upon himself. Here, he actively seeks to bring harm onto himself, inviting others to hurt him. He refers to his heart as “easy to break” before admitting that he’s attracted to darkness and dives in anyway. Jaejoong knows that this girl will consume him and tells her to do so, calling himself a “pale, dried up sacrifice.”

The lyric that best portrays Jaejoong’s violent love, though, is “I did all the crazy things that are unforgiveable when I promised destruction upon the god of love.” This can be interpreted as Jaejoong promising destruction in the name of the god of love. This a clear metaphor for emotionally volatile relationships, he does crazy, unforgivable things as an explicit expression of love.

On his most recent album, No.X, Jaejoong’s more masochistic tendencies mellowed out somewhat. However, that interplay of love and pain is still present, “All That Glitters” being a prime example of this. 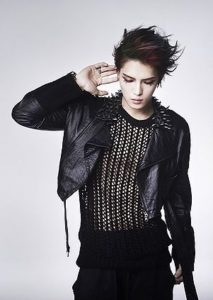 Jaejoong’s latest relationship has clearly soured, with his girlfriend leaving him after becoming trapped in an illusion of happiness. However, they clearly weren’t happy before, either. For the whippings to become lonely, they would have had to be suffering together long before she left Jaejoong choking on his own internal pain. He openly accuses her of emotional abuse, saying “you hurt me humorously” before accusing her of icing him out before leaving as a punishment.

Yet while his younger self relished the emotional violence, this older Jaejoong appears to be accepting it, but not enjoying it. He’s tired of the constant pain, and it seeking something else. “All That Glitters” closes with “I don’t want to be crazy for long, I want to live a long life,” showing his desire to move on from the carousel of misery he’s been on.

That said, wanting to find a new type of relationship doesn’t mean he knows how to find it, as shown in “Breathing”. “Breathing” is a genuinely lovely song, showing his desire to lean on his girl, as she has become the centerpiece of his life.  This is a song about holding hands and hugs for emotional support, but traces of the old Jaejoong still appear.

Despite portraying a healthy, positive relationship in “Breathing,” Jaejoong still turns to violent imagery in an attempt to express how love makes him feel. His love isn’t powerful yet peaceful, it’s ocean waves, which are dangerous and lethal if you make a wrong move. Even in the best of times, pain follows Jaejoong’s love.

Jaejoong’s lyrics show a constant intermingling of love and emotional pain. Sometimes it’s anguish, sometimes violence, but in his mind and his words, the two are rarely far apart.