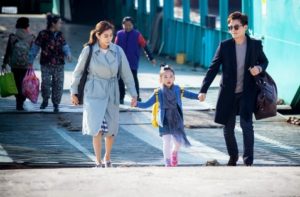 premise of Lee Seo-jin searching for an organ donor, and Uee in search of a surrogate father, the first half of the drama understandably focused on the “buying a wife/organ donor” part of the plot rather than the “finding a father for my daughter” part. There was a greater emphasis on Ji-hoon’s situation and development rather than Hye-soo’s condition and future.

Luckily for Hye-soo, for the past few episodes, the show’s focus has pivoted to her increasingly perilous health. With Hye-soo’s own carefully guarded secret now out in the open, our new, fragile family faces even more threats than before.

Ji-hoon has shown signs of his development as a person, son and partner for some time now – we’ve witnessed him change as he grew closer to Eun-sung for example – and his progress was made even more clear with recent events.

We first see this with how he responded to his mother’s decision to cancel the surgery. Instead of lashing out and demanding that she return, Ji-hoon chooses to respect her choice by spending time with her and fulfilling her wish to take a family photo. When he’s cut off financially by his father, Ji-hoon stands up to him, prioritizing his mother and Hye-soo over Papa Han’s bullying threats. 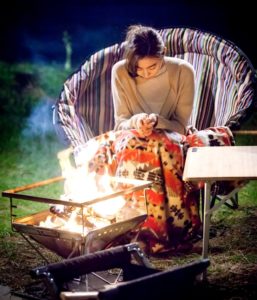 Significantly, when Hye-soo turns him down again and again, Ji-hoon tries more and more earnestly to hold on to her – a total change from his previously alluded to break-up with Na-yoon. And after recognizing that he never considered Hye-soo’s perspective, he even apologizes for making assumptions about her past and looking down on her for the situation she was in.

It’s a miracle that Hye-soo doesn’t give in to Ji-hoon’s repeated pleas; the woman is clearly made of steel. She had to be the responsible one every time Ji-hoon got carried away with the fantasy of a happy family. She had to be the one to tell Eun-sung that they wouldn’t be a family anymore all while nursing her own heartbreak. Somehow, she even managed to start her cancer treatments alone!

Hye-soo has juggled so many different moving parts all while keeping her cancer a secret, so I was relieved when she finally told her friend, Joo-yeon, about it. Now that Ji-hoon also knows, I wonder if Hye-soo will allow him to help her just as she helped him – after she takes him to task over his behavior. I have serious issues with him seeing her doctor behind her back to find out about the cancer, for example, and his drunken harassment in the middle of the night is unacceptable, no matter how upset he is about the divorce. 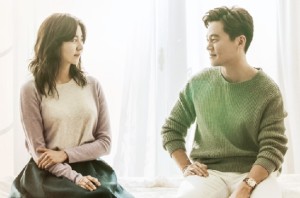 This show has done an amazing job throughout of focusing on the moments, no matter how small, where the characters are the most raw – Hye-soo’s breakdown when she looses her phone; how desperately she and Ji-hoon cling to each other when they confront the end of their contract on the beach (that kiss!); Ji-hoon’s anguish when the woman he loves doesn’t answer his calls; Hye-soo’s wish for a normal life and her resolve when she wipes off her makeup; the list goes on. Even secondary characters get the same treatment, from Ji-hoon’s mother finally confronting his father with her side of their relationship, to Hye-soo’s former mother-in-law seeing Eun-sung at her son’s memorial. Despite all the drama craziness, it’s these small moments that make these characters relatable.

A few extra notes: first, I was totally wrong about Papa Han, he is the worst. Second, so is Na-yoon. I’m over her following Papa Han’s party line and trying to manipulate Ji-hoon, she just doesn’t know when to quit. Third, Eun-sung is the best! That little girl has stolen every scene she’s been in and that is no easy feat with this cast. She adds the right amount levity to situations, is mature beyond her years and refuses to be overlooked or sidelined just for being a kid – major props to the writers, and actress Shin Rin-ah.