Despite the success of idol bands such as CN Blue and FT Island, they are few and far between, with the Big 3 preferring to stick to the more tradtionally successful idol groups– for a prime example, check out SM Entertainment‘s near-criminal mistreatment of The Trax. So when JYP debuted an honest-to-god band called Day6, many had doubts. Their debut, “Congratulations” was received fairly well. However, the departure of keyboardist Junhyuk cast a shadow over their first comeback, called “Letting Go”.

“Letting Go” is, above all, aurally stunning. Hands down, just a beautiful piece of music. As a self-admitted ballad hater, it just blew me out of the water. For one, “Letting Go” is sorrowful and slow, but it does not lack energy. In fact, one of the most effective elements of “Letting Go” is making the choice to constantly build the energy, instead of slowing down at the bridge.

Instead, it opens with nothing but Jae’s verse and the guitar. As the verse goes into the chorus, the synthesizers and bass come in; but it’s not until the second verse that the instrumental is complete. It’s a bold choice, but powerful. There is never any doubt as to the aguish felt by Day6; it just becomes more powerful. This is a moody, melancholy piece of music, and it is glorious for it. 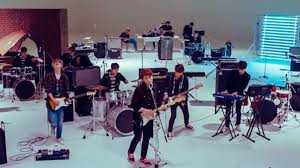 Of course, the instrumentals are only half the song, even for a idol band. The lyrics are a perfect complement, tapping into a realistic scenario to paint a haunting picture over a generic ballad where everyone is sad because they are. Here, Day6 are breaking up with their girlfriends. They’re not doing so because they want to, but because they’ve come to realized that their relationship has faded and they love their girl enough to want her to be happy, even if it means seeing her with someone else.

The sheer emotional anguish comes into play because, well, this kind of act is painful. Noble? Yes. The right thing to do? Undoubtedly. However, ending a stale, hollow relationship instead of holding onto a girl and being a selfish bastard may be right but it’s not easy. Day6 is dealing with the fact that doing good does not always feel good, and right now, they’re watching someone they love walk out of their life. There are no circumstances where that is not going to hurt; and the mixture of pain, regret, and certainty in Jae, Young K, Sungjin, and Wonpil’s voices is both honest, powerful, and addictive.

The MV only enhances the theme of sacrifice and loss of “Letting Go”.  It’s relatively simple in design– alternating shots of Day6 playing their instruments and some Warhol-esque shots of the various members alone . . .ish. Rather than the five of them being truly alone, they are with multiples of themselves; at one point, the entire band is multiplied by 10, all playing in the same place.

This is a piece of truly tragic symbolism, one enhances both the lyrics and the need to give these boys a hug. “Letting Go” is a song about letting go of a girlfriend, downright pushing her away. And when that happens, they’re not left with much. They have themselves– hence the doubles, triples, and quintuples–, they have their music– they almost always have their instruments– and they have each other. And because they have nothing else of value, we see nothing else of value. 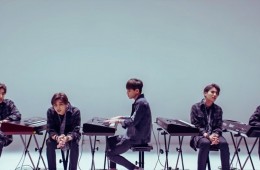 One last note about “Letting Go”: this is a gorram sad song. Pain radiates from every microsecond. Yet, it does not leave a lingering sense of sorrow. Instead, “Letting Go” ends on a literal high note. Not very high, but the twinkling keyboards end on a clear step up the musical scale, the aural equivalent of a light at the end of the tunnel. Day6 will move on, even if it takes some time.

“Letting Go” is a magnificent comeback for Day6. It is a song that grabs your attention and makes you focus on the loss and grief. It may hurt, but it hurts so good that you don’t mind.