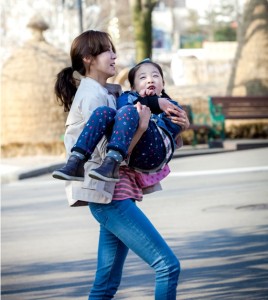 MBC’s latest weekend drama Marriage Contract is off to a hot start, pulling in ratings near 20 percent. The drama follows Lee Seo-jin and After School’s Uee as they enter into a contract marriage, and though it’s got some weekend drama flavor (read: makjung) so far the show has been interesting and well-written.

The lead characters – Han Ji-hoon (Lee Seo-jin) and Kang Hye-soo (Uee) – both have complicated families whom they struggle to care for. In Ji-hoon’s case, his mother is dying and in desperate need of an organ transplant to live. In Hye-soo’s case, she has a brain tumor which could kill her if left untreated, leaving her daughter an orphan.

Ji-hoon tries to play the rich, suave businessman – we meet him as he gives his latest girlfriend an expensive break-up gift on their 100th day – but it’s clear that he doesn’t exactly fit in within his chaebol family. Not surprising, since he was born to his father’s former mistress and not his father’s wife. He has obviously made some sacrifices to fit in with his father’s family; however, from ending a relationship (with his older brother’s current girlfriend) and walking away from a career in music to join the family business. He cares a great deal about his mother, and really only considers her to be his family.

Kang Hye-soo is a loving single mother who would do anything for her daughter. Hye-soo got married young, to her college sweetheart but her husband died while she was pregnant. She’s raised Eun-sung entirely by herself, with no help from her husband’s family. On top of being a single mom, she’s been saddled with her husband’s sizeable debts, which she’s still struggling to pay off.

The leads meet when Ji-hoon almost runs over Hye-soo and her daughter Eun-sung outside his restaurant, and Hye-soo passes out from the incident. Through the ensuing hospital check-up, Hye-soo’s brain tumor is discovered. Meanwhile, Ji-hoon’s mother drank herself to her deathbed, and needs a liver transplant but there’s no family match. Desperate, Ji-hoon decides to pursue illegal means to find his mother a donor; he’ll find a match to marry and compensate them in exchange for their liver. When Hye-soo overhears the plan (and the compensation), she volunteers herself.

They go back and forth but ultimately decide to go 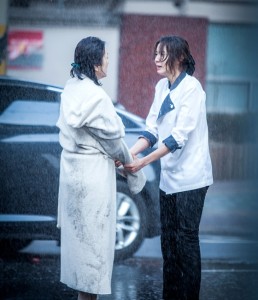 forward with the scheme, and in exchange for her liver “donation” Hye-soo will receive enough to pay off her debts and for Eun-sung to live comfortably until she’s grown up. In addition, Hye-soo joins the kitchen staff at Ji-hoon’s restaurant and moves into the extra staff quarters above the restaurant and next to Ji-hoon’s own apartment.

There are plenty of obstacles to pulling off this risky, illegal plan, including Eun-sung’s disapproval of Ji-hoon, Ji-hoon’s mom’s disapproval of Hye-soo, and the hospital transplant board which must approve the organ donation. So Ji-hoon and Hye-soo concoct an elaborate back-story and memorize details about each other to convincingly play a couple, and work together win over Eun-sung and Ji-hoon’s mother. Along for the ride are Ji-hoon’s school friend and restaurant manager Ho-joon (Kim Kwang-kyu) and Hye-soo’s only friend and at times babysitter Joo-yeon.

The show’s best moments have come from Eun-sung, Hye-soo’s incredibly lively and perceptive daughter. Eun-sung is not shy and has no hesitations in sharing her opinions, especially her dislike of potential father Ji-hoon. She makes faces at him, splashes water at him, rejects his gifts and is overall impervious to his efforts to win her over. Her dislike is completely warranted, mind you, as Lee Seo-jin is at his smarmiest, most haughty in this role. 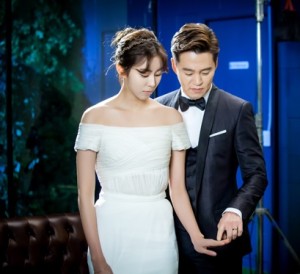 So far I’ve also been impressed with Uee’s acting – I didn’t expect much and thought she was mostly just big eyes and blank stares but I found her really believable as a single mother here. She conveys the desperation of her situation and has natural chemistry with her daughter’s character, both difficult tasks.

Despite all the crazy surrounding the situation, Ji-hoon and Hye-soo have a lot in common – they seem to be constantly battling on all fronts. Ji-hoon to take care of his mother, please his father and brother and run a successful business while Hye-soo is raising Eun-sung, trying to care for her mother-in-law, pay back the debt collectors and keep a job. There’s a lot of chemistry as they work together to pull off this plan, and I’m looking forward to them growing to appreciate each other and recognizing their commonalities.