Cheese in the Trap, Episodes 9-12: Fights and Forward Progress

A lot has happened in these past four episodes, 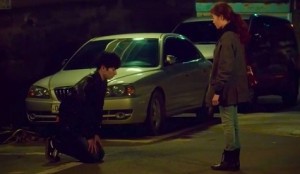 and the events in episodes 11-12 alone almost made up for Cheese in the Trap taking a torturous break over Lunar New Year. While it would be easy to devote an entire recap just to episode 12, (that fight!) our characters did a lot of fighting and growing in the preceding episodes too.

Hong Seol in particular has made huge strides – while she’s been the show’s lead all along, in the first half things mostly happened to her, and we as viewers watched the story unfold through Seol’s perspective. In these past few episodes she has gained agency dealing with obstacle after obstacle, and it was refreshing to see Seol stand up for herself and even strike back at times, on her own terms.

At school she takes on Sang-chul when he flakes again on their project, calls out Min-soo when she copies Seol’s report and deals with Young-gon by secretly recording their interactions to collect evidence against him. At home Seol finally confronts her parents over their unfair treatment toward her, especially her father who doesn’t consider her education as important as her brother’s. For all of Seol’s hard work and diligence she was often overlooked and taken for granted, so it was important that she learned to assert herself. 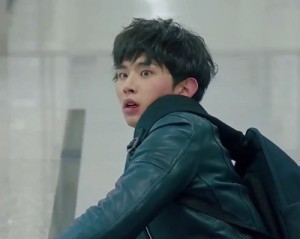 Seol’s new-found assertiveness could not have come at a better time, with Young-gon continuing his efforts from episodes seven and eight to make her life as miserable as  possible. First through Min-soo, whom he seemed to manipulate for sheer sport, then stalking Seol around campus and even teaming up with Baek In-ha (or so he thought) just to break apart Seol and Jung.

Young-gon’s delusions were severe to say the least; he thought Seol would date him in the end for all his efforts, so it was satisfying to see him get brought down at his own game. From Seol, Eun-taek and Bora posting photos online of him stalking Seol, to Jung working with Eun-taek and In-ha to expose him at school, Young-gon’s take down was a long time coming. Less satisfying, on the other hand, was Min-soo’s exit, likely because for all of her faults she seemed more misguided than malicious.

The show’s brighter moments have come courtesy of Baek In-ho, who always arrived in the nick of time to chase Young-gon off and was there to help Seol’s family come together again after their fight. It’s clear that with a little bit of stability and encouragement, In-ho is capable of so much – he’s back to practicing piano again, and is even working toward getting his GED (high-school equivalency) so he can properly attend university. Much of this is due to Seol’s influence of course, and the moments when In-ho realizes the impact she has on him – him going all red in the face after they practiced “Für Elise,” or smiling when she called him oppa – are among Cheese in the Trap’s cutest scenes yet. 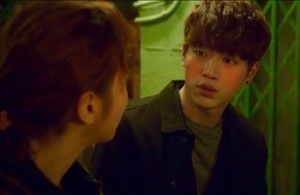 In-ho’s steady presence has been especially appreciated compared to the on-again/off-again seesaw that is Seol and Jung’s relationship. It’s possible that in the webtoon their problems were spread out over a greater amount of time so this is more of an adaptation issue, but it was exhausting to see them fight or make up every episode (or in the case of episode 11, fight and make up).

Also frustrating was how much they were still keeping from each other, a trend that first started in episodes five and six. It’s clear that Seol and Jung care for each other, but they worried too much about not upsetting the other person instead of being honest about what was happening in their lives. It was so great to see Seol come to that realization and confront Jung about it in episode 12, and so disappointing when he shut her down at first. Their conversation at the end of the episode did provide tremendous growth in Seol and Jung’s relationship, though there’s no telling how long the calm will last this time.

Episode 12 had one bombshell after another, and they kept getting bigger (spoilers!): Jung’s father almost adopted In-ho and In-ha! Jung actually caused In-ho’s injury! Jung might have a personality disorder! In-ho and In-ha were actually spying on Jung! There was a lot of backstory to take in at once, but this is where Cheese in the Trap shines – suddenly we’re not sure how we’re supposed to feel about any of these characters but can’t help feeling sympathetic for all of them (yes, even In-ha). The mystery surrounding In-ho’s injured hand was one of the show’s central plot lines, so while we now know what happened, there’s still plenty left to resolve with Jung and In-ho long overdue for a heart-to-heart conversation. 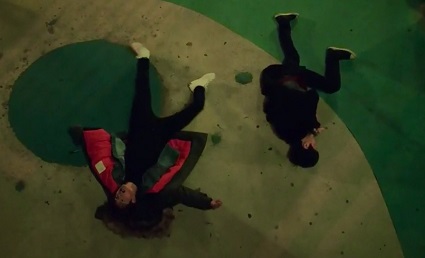