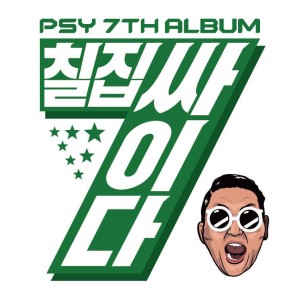 Hate him or love him, let’s not deny the global influence of Psy. For some of you, he was your introduction to K-pop, which is not an easy feat for any soloist. Furthermore, he continues to grab the attention of the world, even when he hasn’t released new music in over a year.

“Gangnam Style” unexpectedly shot Psy to worldwide fame for its winsome charm and appeal to a mass audience. However, his follow-up singles “Gentleman” and “Hangover” had some wondering if he lost his touch. Would we never hear the classic rhymes of our dapper rapper again? Had the global recognition gone to his head and turned him into another mainstream sell-out? The answer could only be found with his latest release, 7th Album.

The first song, “Dance Jockey,” transports us back in time to the ’80s. You have your synthesizers and horns blaring behind the robotic voice of Psy who repeatedly echoes, “Dance jockey Psy” between phrases of “Hey DJ, play that shit!” If you’re taking this song seriously, you need to be thrown in a pool to chill out. It’s nothing more than a party hype song meant to get things rolling. This is the ideal tune to throw in some old school moves while on Snapchat for laughs.

“I Remember You” features Zion. T and is another retro track that evokes nostalgia. The song reminds me a little of Psy’s “The Tree Song” with G-Dragon. Zion. T’s velvety vocals work surprisingly well with the bubbly beat. The simple keyboard accompaniment provides a nice background to the vocal arrangement as Psy raps about reminiscing over a former flame.

After serenading us with a romantic song, Psy takes us back to the party with “Napal Baji,” an ode to the signature pants of the disco era — bell bottoms. The Bee Gees gave us “Staying Alive” as the classic tune for going out, so Psy is bringing back that vibe with his own groovy tune. He acknowledges that he’s not the coolest cat at the club, but he doesn’t care. He’s going to boogie down, whether people laugh at him or join him on the dance floor.

By this point, the beats are becoming a little dated and repetitive, but it’s still good, casual fun. I love the funky sound of the guitar along with the pulsating tempo. The horns add a nice brightness that makes one want to form a Soul Train line to show off their moves.

Our journey through time returns us back to the present with “Daddy” featuring CL of 2NE1. This quirky song puts a twist on the phrase, “She got it from her mama,” by changing it to “I got it from my daddy!”

Upon first listen, this song made me chuckle, and that’s the beauty of what Psy does. Some people may write off his lyrics as juvenile and uncouth, but it’s not supposed to be a Shakespearean sonnet. Where else in K-pop are you going to hear such gems as, “You be my curry, I’ll be your rice”? Many of us have probably shared some really bad pick-up line stories, and this song capitalizes on how corny they sound. The EDM style works here, and I’m sure it’ll be played at many wedding receptions with the groom wearing a tacky bald cap for comical effect.

Now that play time is over, we move on to “Dream” with Xia Junsu. It’s a very chill, humble tune that discusses the everyday weariness of simply living. Psy raps about going through the motions of the day, believing that the good ones are reality while the bad ones are just awful dreams that never happened.

The instrumentals are nothing spectacular, yet that’s what is fitting about this song. They reflect Psy’s sentiment that most days are lackluster and contain little moments of joy that we wish we could keep forever. The somber reality is happy days pass like a dream, making most of us quite sad when we remember how quickly they go. 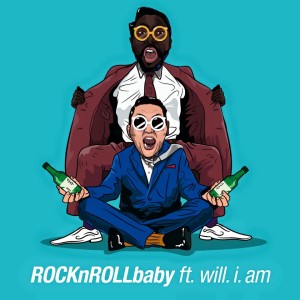 The next song is “ROCKnROLLbaby” featuring will.i.am. Previous attempts at making these musical unions with foreign artists work have gone mostly awry. I blame a lack of chemistry between the artists, especially when the featured one takes over most of the track. Unfortunately, that is the case again here with will.i.am dominating a majority of the song. The basic EDM track is lazy and does nothing to hype up the mood following the previous track.

Thankfully, “Good Day Will Come” eliminates the collaboration curse with the inclusion of Jun In Kwon. The trap-infused song features a heavy keyboard accompaniment with the dulcet tones of percussion in the background. Jun In Kwon’s vocals give off a tinge of reggae, complementing the melancholy mood.

This tune sends an uplifting message about getting through life’s struggles by being optimistic towards the future. Young Korean teens probably sought comfort in the lyrics if they got disappointing suneung test results. It’s a sobering tune that could cheer up anyone having a bad day. 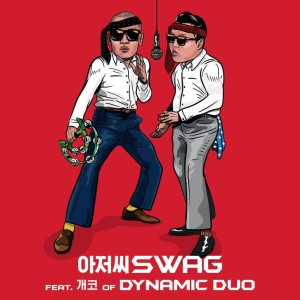 After raising the spirits of the downtrodden, “Ahjussi SWAG” turns things up with help from Gaeko of Dynamic Duo. Psy begins by repeating G-Dragon’s famous lines from “Crayon” before rapping about life as a hip uncle roaming the streets of South Korea. This is another song showcasing Psy’s self-deprecating sense of humor. I appreciate this charming side of him because it’s what Psy is. He’s that goofy uncle who doesn’t care about how awkward he looks; he just came out to have a fabulous time. The vibrant jazzy sound of the song makes this the ideal music for strutting your stuff if you happen to be of a certain age.

The last song on the album is a special remix of “SING” featuring Ed Sheeran. Psy puts his own spin on the popular hit and talks about approaching a woman who peaks his interest. It’s not a terrible collaboration, but Ed Sheeran clearly steals the show on this track. Without him, I wouldn’t have cared much for this remix. The production sounds somewhat outdated, which is strange since the original version isn’t that old. I’m probably jaded from hearing this kind of beat overused in many songs of this nature, but it’s hard to outdo the original of anything.

Overall, I’m conflicted with Psy’s latest release. It wasn’t a total flop, but it didn’t really push him creatively either. YG could’ve been trying to appeal to a global market by including huge foreign names, but unfortunately, those tracks were the worst out of the bunch. More focus should’ve been put on returning to Psy’s classic roots.

That said, the songs that stood out best were the ones reminding us how much of a talented lyricist Psy is. His slower tunes touched on experiences that felt very personal and came off more authentic than his hype tracks. Even though the production was basic on his upbeat songs, I still enjoyed them for what they were — silly party songs. I probably won’t have Psy’s 7th Album on repeat, but I’m still glad to hear the witty antics of our lovable uncle again.