Baek Ye-rin is Soothing and Soulful in "Frank" 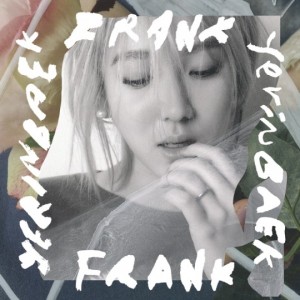 Baek Ye-rin has made her solo debut with Frank. As a part of the 15& duo, along with Park Ji-min, she debuted in 2012 to more pop flavored and ballad led songs. While their chemistry as a group has improved significantly over time, I always felt like both singers have the chops to pull off solo careers. Park Ji-min made her solo debut earlier this year with “Hopeless Love.” This time around, her groupmate takes center stage with her own solo effort.

Baek Ye-rin put in a lot of work creating this album. She personally contributed lyrics to each song, helped compose the album, and also had a hand in the album jacket shooting. Cheezecloud produced the album. Baek Ye-rin really dabbled into her artistry and released her most personal work. Frank has a singer-songwriter underpinning built on simple compositions with reverberations of R&B and soul coloring the content.

The mini album starts with “Blue.” I hear hints of early Brandy in “Blue” with its laidback beat and slight piano flourishes. Baek Ye-rin’s tone falls into this discontent sadness. It is overlaid with subtle adlibs and the chorus is breezy with some “doo doo roos” playing on the whimsical nature of the vocal delivery.

“Across the Universe” is the title song to Frank and it is stunning. The strength to Baek Ye-rin’s voice is the warmth and intimacy that comes across when she sings. The pockets of loneliness and pangs of yearning vibrate from the timbres of the melismatic vocal ornamentation. When juxtaposed with her lyrics, you get that internalized reflective understanding of distance.

“When I see you far away,
It’s like we have different thoughts
How long am I supposed to wait here
I wonder, it’s just frustrating”

The intensity of her words are heightened by the intimate rapport that Baek Ye-rin builds with the listener, and the meaning behind her lyrics carried by the strength of her vocal delivery.

“As I Am” takes a guitar driven accompaniment and is sung completely in English. The guitar is soft at the beginning and starts to drive forward with conviction to coincide with Baek Ye-rin’s declarations of being fine as she is. There are some wonderfully constructed vocal runs in this song and those vocal runs are not indulgent. This song may appear simplistic at first listen, but there is a smartness to the construction of the song.

It begins bare bones and as the song continues, piano keys are added along with more complex guitar melodies as the song furthers its course. The composition is intelligent as it backs the lyrics. Baek Ye-rin softly criticizes this contradiction of being told to stay quiet but not feeling like her words are being heard. As she sings through the song, she embraces this statement of being okay with who she is. She navigates between full voice and falsetto for a few notes and those vocal moments show shades of vulnerability behind an unwavering will.

“Don’t Leave Me Alone” has a ballad structure but the bluesy guitar arrangement, instead of bowed stringed instruments, is refreshing. The vocal arrangement stands out to me, with a chorus of voices adding tinges of nostalgia in addition to her driving emotion. The alternating vocals towards the climax of the song feels like it could work for a duo, but Baek Ye-rin is equally as powerful by herself and is masterful in navigating those notes. 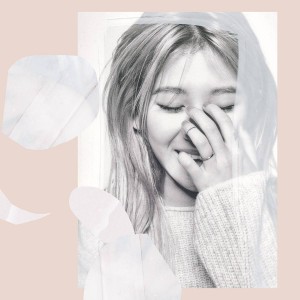 “I Want to Sleep (zZ)” is a jazzy number with a hook that is simple yet memorable. She sings “I need a break, time/I need a time, out.” I do get a coffeehouse sound from the song, and that isn’t a bad thing. Part of that feeling is due to Baek Ye-rin going for more lush, understated vocals, which contributes to this aesthetic.

Lastly, “That’s Why” closes out the album with another English sung number. It falls into a singer-songwriter pocket and I think it is in this song that I got that feeling that Baek Ye-rin’s singing reminds me of Corinne Bailey Rae and Yuna. While she does imbue her songs with that very vulnerable, cozy sensibility, there is also a clarity in Baek Ye-rin’s intonation that is unique and touching.

The gorgeously crafted Frank is significant in that it’s another female composed album. With a good deal of attention paid on male artists getting chances for artistry — especially in hip-hop, it’s great to see more female artists get an opportunity to produce and release works of their own. JYP Entertainment‘s policies this year, especially with the creation of Studio J and letting a lot of their artists have a direct hand in their own works, have proven to be fruitful.

A great number of women from JYP have been releasing self-composed, polished works, showing up critics decrying females as inferior in music compositions. Baek Ah-yeon, the Wonder Girls, and Baek Ye-rin have all shown that female singers aren’t just singing to male produced tunes, but that they can be leaders of their own company in creating the music they are singing. So props to JYP for giving these ladies more control to delve into their own artistic inclinations.

But back to Baek Ye-rin. Frank is a tranquil oasis in a desert of high energy K-pop numbers. What’s more, the work itself is art that breathes its soulfulness in every note. In the terrain of notes that show restraint or in the vocal affects, such as her usage of falsetto, that is at times exasperated and at other moments vulnerable, there is a lot of heart there. This is not just the popular finger hearts that some people throw around, but is a heart that wrenches open your emotions and make you feel some sort of way.