Roundtable: About A Boycott 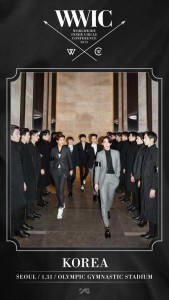 One way to exercise power as a consumer is by choosing where to spend your money. Or, where not to spend it. For corporations aiming to increase profits, making a dent in their sales figures is sometimes regarded as the most effective way of communicating dissatisfaction.

We saw a recent example of this in K-pop, when Korean Winner fans announced their intent to boycott an upcoming Winner DVD. The reason behind the boycott was said to be the fact that YG continued to release DVDs without any new music in sight. Soon after, YG announced a Winner comeback with four music videos.

This week, we ask: Have you ever boycotted a product/brand/band/company? Do you think boycotts are effective?

Lauren M.: As far as artists, it’s very subjective for everyone as to when they’re done supporting their faves. For instance, I personally haven’t given up on Zico, Rap Monster, or a lot of KHH artists, even though some fans have. My enjoyment of their music or observance of their personal or artistic growth is enough for me to forgive some of their offenses. However, there are also artists like Kim Hyun Joong (or Chris Brown, if we’re talking Western artists) who’ve done something so offensive that they will forever be on my personal boycott list.

As far as Winner fans, I think in this instance they’re smart to boycott. If they’re not happy with YG’s management of the group but they’re not ready to give up on Winner, they have every right to voice their frustrations. Idol groups live and die by their fanbases and YG has no choice but to listen to them. While I don’t think idols should be a slave to their fans, I do think fans have a right to be heard when it comes to something they’re not happy about. And in the end, for a businessman such as YG, money speaks louder than any words. 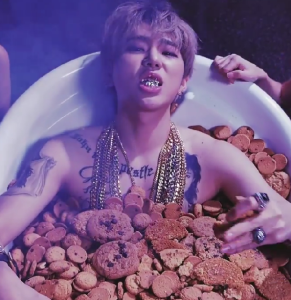 Gaya: I see how so many fans let their love for a group completely rule their actions. The day after news of the Winner DVD boycott blew up, YG says Winner is having a comeback after all. Next thing I know, fans are talking about how they have to now buy DVDs to fund all the fancy MVs Winner is filming abroad. YG knew exactly what they were doing when they made that comeback announcement (with no date) and they succeeded in watering down the boycott threat.

There are also other examples (like with the BTS Highlight Tour) where putting the idol group above everything else, even themselves, hurts fans. I would say that fans should put their foot down more often and demonstrate that they aren’t going to part with their money just because it’s their favourite group. Whether it’s a new album or a concert tour, the quality should be there too.

Whether that actually happens though… It would be great, but I’m not holding my breath.

Madi: Have I personally involved myself in a boycott in anyway? Not that I can recall. Most things people tend to be upset over was either something I was never involved with in the first place, or I thought the rebellion made no sense and ignored it (Starbucks cups anyone?). But that’s not to say that I wouldn’t in the future if I felt the need.

In a way, yes, I do believe they’re effective… but only if the company in question takes what’s being done into consideration. I’m in support for the Winner boycott because YG Entertainment know that the fans have been waiting a long time for their comeback, especially within Korea. With the tours in Japan, multiple DVD releases, and apparently the practice videos included in said DVDs (which is making fans pay for something that’s seen as free since practice videos are uploaded to YouTube on a constant basis), yeah, you can’t treat the fans like ATMs. Everyone knows it’s a business but you can’t treat the people who give you business unfairly. The fans care about and want to support Winner, but not the management of how their ‘comeback’ is going to take place on the tomorrow that never comes.

It’s sad because we expect no less from YG constantly delaying comebacks and debuts with little reasoning behind it.

Ah, wait… I lied. I have, in a sense, boycotted a company: TGM Events. Sorry, but they’re not people I am never willing to give my money to after cutting off communication and not refunding my money for delayed and then cancelled Kim Tae Woo concert. While my love for BTS is A.R.M.Y. strong, I decided not to attend the Highlight Tour because they were the ones running it. 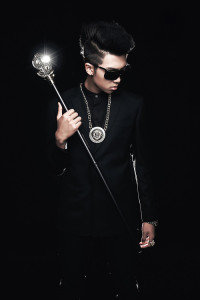 Gaya: There is this fear around a company’s reaction to a boycott, or lack of revenue that stems from it. Rather than thinking “Oh, the fans don’t like this, let’s try something different for the group,” people will think that a boycott will simply read as ‘we are not interested in this group anymore’ and would thus lead to the company shelving that group in favour of the next new group they put out.

I want to think that companies are more sophisticated and would do a bit of research before jumping to conclusions like that; but I also believe that the companies don’t really have a need to do that anyway, as fans are willing to contort themselves in the name of supporting their bias. Maybe we need to practice some tough love; but we aren’t going to be able to stick to a boycott long enough for it to have a lasting effect.

As long as we see disbandment as a large and looming threat for everything we don’t spend our money on, we’re stuck in this situation.

Laverne: Branching off what you said, Gaya, as international fans, I don’t see any boycott by us being effective. We simply do not make a dent in album purchases and the like in the same way that domestic fans do. The only time I can see an international boycott being effective is for a concert boycott but that will never happen because the chance to see idols is already so small that people will jump at any opportunity to see their faves. And there’s nothing wrong with that. The problem arises, however, when companies like TGM try to capitalize on this. If you boycott TGM, it hurts the idols. If you boycott the idols (for whatever reason), they’ll just never come back and the company won’t care. It’s a lose-lose situation no matter the circumstances. 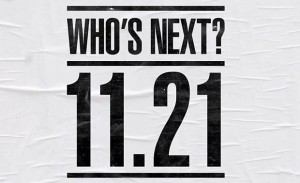 Madi: It’s ironic that you say that Gaya since fans were hoping that the “Who’s Next” poster was in reference to Winner or even Lee Hi, but it’s for 2NE1. They’re long overdue for a comeback so I can’t rain on their parade, but this will serve to upset Inner Circle as well. But I think it’s a bit… unprofessional on a company’s part to think that ignoring the problem and focusing on another group (let’s say Winner denied a comeback and 2NE1 is put first) will subside the anger the fans are feeling. In fact, it’s bound to make worse. And YG’s staff (or at least their representatives) are ignoring it and just straight up letting people know “we have nothing to say on the topic.”

Laverne, I have to disagree with you on the TGM thing only because they are a very special case. No one could read about their situation without seeing how disrespectful they were to the fans and BTS alike. There are other companies that do the same thing but in a completely different and better mindset. Because of what happened with TGM, I believe won’t hurt the idols because there are better and other companies to have their ducks in a row and can manage events better. Not to mention, it’s a connection between Big Hit Entertainment, TGM, and the fans… only the middle man gets hurt and in this case, it’s TGM. And when you mess up, people talk. And when you continue to mess up, more people talk and see the situation as something that can’t be ignored. This could apply to any company in any industry. I’ve seen it in my own work place, and it’s not… pretty.

But I don’t want to make this post about TGM because I have a lot to say about them.

When it comes to a situation like Winner, as international fans and I’m going to scale this to non-Asian countries, like you both said, there’s nothing we can do. We wouldn’t make an impact the way Korea, Japan, and China does (most promotion happen between the three of these countries). So could we stage a boycott against the Big Three and expect it to be effective? No. We could only hope they even hear our tiny screams.

People boycott for a reason, so I can only hope that any voice of reason will be heard.

NB: This discussion took place before CL was revealed to be the YG artist releasing music on the 21st.