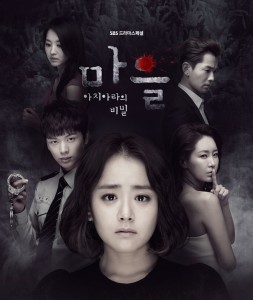 The Village: Achiara’s Secret, SBS‘s latest drama, spins the traditional mystery and adds some ghostly sleights of hand to a show brimming with more questions than answers.

Spoilers ahead as we discuss who could be the Achiara culprit.

Han So-yoon (Moon Geun-young) and Park Woo-jae (Yook Sung-jae) are the two leads that, at first, pursue two seemingly unrelated problems. So-yoon is the new English teacher in Achiara, who moved there from Canada in order to trace her heritage and figure out what really happened during the accident that claimed her nuclear family’s lives. Woo-jae is an ambitious police officer that passionately believes in justice and helping the community. When So-yoon stumbles upon a decomposing corpse in the forest, Woo-jae wants to get to the bottom of it and figure out if it is related to a string of murders committed by a serial killer on the loose.

On the other side of things, we have a family that seems connected to a teacher, Kim Hye-jin (Jang Hee-jin) that went missing. The youngest daughter, Seo Yoo-na (Ahn Seo-hyun), has some supernatural abilities that lead her to investigate her teacher’s disappearance. Her mother, Yoon Ji-sook (Shin Eun-kwang), was introduced as someone who fought Hye-jin after she discovered Hye-jin was sleeping with her husband, Seo Chang-gwon (Jeong Seong-mo).

Simply put, the premise is complex. There is a big cast of characters that get introduced, and these are just some of the questions posed in the early stages of the drama. By all means, this wouldn’t be a bad deal, but the viewers are left with more unanswered questions that may not be satisfied by the shows revelations. 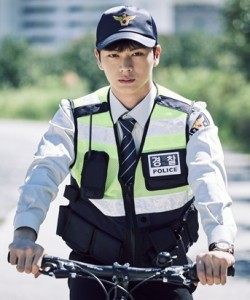 So-yoon’s story first seems to be getting murkier. Her family is dead, but her sister actually survived. Her sister has different parents, but her sister thought she was communicating with So-yoon in Canada even though So-yoon never even knew she existed? Strange! And now, certain circumstances and coincidences seem to suggest that the enigmatic Kim Hye-jin may have been her sister. On top of that, So-yoon also seems to possess a paranormal power or ability to see things that aren’t of this world. Well, maybe that’s not exclusive to her, but an Achiara quirk?

I think that is the thing with mysteries, you have to be patient while watching them, but I worry that the pieces won’t come together. There is a lot of investment in the central question of ‘Who killed Kim Hye-jin?’, and if the characters and suspects aren’t fleshed out with enough depth, the overall show can drag.

Murder mysteries are built on understanding how even the unlikeliest suspects can have motivations for killing the deceased, and setting up those facets is necessary in creating a captivating story. So far, The Village: Achiara’s Secret seems more comfortable casting everyone under a suspect lens and is primed to exonerate a few of them one by one.

Outside the aforementioned suspects, we have some peripheral players such as Yoo-na’s half brother, Seo Gi-hyun (On Joo-wan), who just returned from overseas. He has come back and wants to take over his father’s business. And there is Yoo-na’s pharmacist aunt, Kang Joo-hee (Jang So-yeon), who has ties to another teacher in Yoo-na’s school, Nam Gun-woo (Park Eun-seok), who seems to have dubious relationships with female students. 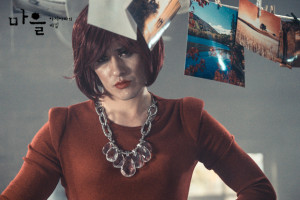 Someone who has been ruled out as a suspect on the show is Kang Pil-sung (Choi Jae-woong). While I don’t think Pil-sung is the perpetrator, I was uncomfortable with how the show has handled this character’s story so far. Pil-sung was billed as a monster and repeatedly displayed as a foreign entity — for being a male who wears female clothing. This bothered me because the show kept reinforcing Pil-sung’s character as a monster and as a pervert and criminalizing Pil-sung with a heteronormative basis.

On top of all this, I was not really sure what Pil-sung did to deserve all this suspicion. Sure, Pil-sung had pictures of Hye-jin, but while So-yoon, Yoo-na, and Ga-young (Lee Yeol-eum) were technically trespassing Pil-sung’s home, why was Pil-sung the one arrested after So-yoon knocked Pil-sung over the head with a shovel. There was no solid evidence of guilt just circumstantial evidence and hearsay. So-yoon, Yoo-na, and Ga-young were all trespassing, but in the end, Pil-sung is the one who is questioned for coming home to these intruders and ‘scaring’ them. I also did not like that Pil-sung was told to get rehab, and that Pil-sung was treated so poorly that Pil-sung wound up changing. There was a painful moment shown where Pil-sung’s character was being beat up by and bullied by young kids for being different. If the show would have put the focus on fleshing out Pil-sung’s story better, it might have been a stronger story arc.

Aside from that major qualm, Pil-sung is also important for establishing another suspect. Pil-sung had set a camera to record a spot where Hye-jin frequented near the lake by Pil-sung’s home and caught Gi-hyun meeting Hye-jin days before her disappearance.

With so many suspicious characters abound, it may be easier to set up a suspect list. 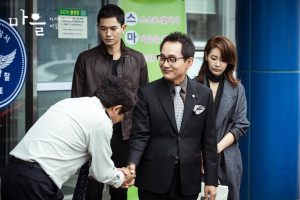 Seo Chang-gwon is probably one of the highest on my suspect list. As let out by Ji-sook, he is an unfaithful husband and has been known to sleep around with others in the village. He also is seen trying to halt any investigations into the murders under the guise of lucrative property deals that would go in shambles if their village was under major investigation for murders. He always gets a pass because of his position of power that he holds over the village, but I suspect there is more dirt on his hands than we are privy to know so far.

Keeping with the family of suspects, Gi-hyun seems like a murky subject. He doesn’t have much story to him. He seems antsy. He was particularly strange around So-yoon even blurting out that he did not share mothers with Yoo-na. He always seems to catch So-yoon at odd times, and there seems to be something bigger going on for him to change his direction and all of a sudden decide to come back to his family and take over his father’s role. He was one of the last to see Hye-jin but does not have as strong a motive to kill Hye-jin.

Nam Gun-woo is even more enigmatic than Gi-hyun. My hunch is that he is looking for a particular girl that may be his daughter? When we find out that Ga-young’s car stalker was Gun-woo, we also find out that Gun-woo is particularly friendly with female students. It makes me wonder why. He also has a history of stealing as he took money out of Joo-hee’s purse and he was close to Hye-jin as well. He has suspicious actions but questioned whether Joo-hee had a hand in Hye-jin’s death, so perhaps he is innocent? 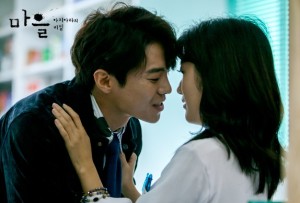 These last couple of episodes has set up Joo-hee to be a prime suspect. She is the aunt of Yoo-na and was friends, or according to her, just acquaintances, with Hye-jin. She skirts the question of whether she was capable of murdering Hye-jin and instead posits that is life so bad without Hye-jin. So, when she manipulates an autistic kid’s medicine and does other sketchy things like hide away the time capsule that Hye-jin hid away, Joo-hee makes herself seem mighty suspicious. I still don’t know what Joo-hee’s motive would be to take Hye-jin’s life, but we may just find out next episode.

So far, The Village: Achiara’s Secret has produced more questions than answers to ponder over. There are a few different storylines that haven’t intersected yet, and it will be interesting to see how they pull the story together. Hopefully, as we get to know the characters more in depth, the show will hit it’s stride. So far, we haven’t had a chance to understand why anyone other than Ji-sook or Chang-gwon would want Hye-jin dead. If we get an opportunity to form our own hypotheses and have some type of motivation underlying our theories, there will be more suspense.

So far, all we have is an overzealous cop in Woo-jae, who by the way is awful at confidentiality, slowly uncovering bits about Hye-jin’s last known whereabouts. There are a bunch of supernatural moments that pop up like the writings on the wall of the church during Hye-jin’s funeral, but are these the actions of someone trying to scare away the investigation? Six out of 16 episodes into The Village: Achiara’s Secret, there is still too many variables and questions to know where the plot may head. With even the actors kept in the dark about who the killer is, we can only watch week after week and make our own theories.

So readers, who do you think Achiara’s killer(s) is/are? What do you think about the handling of Pil-sung’s character in the early episodes? Do you think Hye-jin is really So-yoon’s sister?