Women Are Punk: the Women in Choson Punk 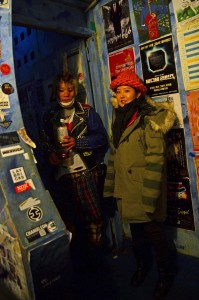 K-pop may dominate the airwaves in South Korea, but there’s a burgeoning punk scene in the Hongdae district of Seoul. Directly following the Seoul Olympics, Korea had more access to other countries and cultures, including the 1970s and 1990s era of punk. Punk, in most countries, rails against the mainstream, creating a culture for the misfits and outcasts, and rock cafes started opening around the universities in Seoul, encouraging people looking for something different to seek it out.

One of the first punk only clubs was Club Drug, a place for bands to explore their sound and create the identity of Korean punk. When the house bands put out their album, “Our Nation,” there was backlash, saying they were just spazzing out on their instruments; that they couldn’t play, couldn’t sing and should stop playing music. Others said what they were playing wasn’t punk; Club Drug and the bands agreed. They said they were playing “Choson Punk,” a Korean style of punk that didn’t advocate the violence and anarchy that punk in other countries advocated.

Choson punk was influenced by bands like Nirvana and Green Day instead of the Sex Pistols and Black Flag. Choson punk was more closely related to the pop-punk that was popular in the 90s in America than the British punk of the Sex Pistols and the Clash, using similar sounds and structures 90s pop-punk bands used. Bands wrote about the pressures of growing up in South Korea, as well as the angst that young adults feel while growing up. Many young people found solace in the punk scene; they released any pent up energy and frustration at punk shows. Both young men and young women frequently attended and continue to attend punk shows to this day.

Even though female punk fans are equally represented in the scene, they’re not as involved. Many are worried about getting hurt in a mosh pit, or being perceived as being unladylike. Being aggressive, jumping around and moshing isn’t acceptable for women to do which greatly restricts how female fans can participate in the scene. Many of the first female punk bands are still considered tomboys, wearing the same style clothing their male counterparts did. Bands like Supermarket and Nonstop Body eschew typical beauty expectations for women, wearing baggy pants and large t-shirts instead of skirts and feminine make-up. 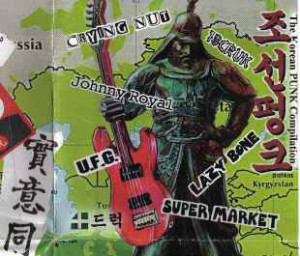 On top of their chosen fashion, the lead singer of Nonstop Body sings in a deeper, aggressive style that some other female bands forgo for more melodic vocals. These days it’s acceptable for female bands to express themselves by wearing everything from classic plaid and leather to highly feminine clothing.

One of the first all-women punk bands was Supermarket. Inspired by Crying Nut, one of the original bands that played at Club Drug, the drummer of Supermarket said she saw Crying Nut and decided to start her own punk band:

I saw them playing and thought, ‘Wow, they’re really doing it! They’re good. A band with all girls would be even better

Supermarket had a hard time gaining respect and recognition from the scene since they went against Korean society’s expectations. They dressed like tomboys and were just as aggressive as their male counterparts. The band said they wanted to be just as good as the guys and wanted to play at the same level.

When the documentary Our Nation: A Korean Punk Community was released, Supermarket still was not playing on Saturday nights at Club Drug, the busiest night of the week. But without Supermarket, bands like The Wasted Johnnys, Dear Cloud and Love X Stereo probably wouldn’t have been able to become popular today.

One of the other most popular all-women punk bands was Rule Destroyer. They were four women writing about the frustrations of living in Korean society and wanting the freedom to do what they wanted. Rule Destroyer is a bit of an enigma for anyone who wasn’t able to see them while they were still together. Rule Destroyer was compared to Bikini Kill and the Runaways, and from the one track you can find from them, I would have to agree. 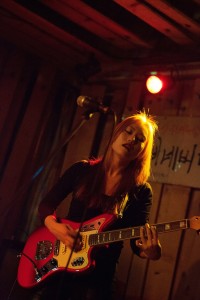 The lead singer, Chae Song-hwa, of Rule Destroyer went on to be the lead singer in two other successful rock bands. Her current band is called DIEALRIGHT. DIEALRIGHT is less riot grrrl, more 90s era Garbage. They rock hard, but are more polished and skilled than Rule Destroyer.

Choson punk has yet to break into the mainstream, mostly because many male lead punk bands break up after their military service. However, since women aren’t required to serve, it’s possible if the stigma surrounding women participating fully in Choson punk is lessened, women can lead it to the popularity punk has found in other countries. This seems even more possible since many bands that are mostly women or all-women are gaining popularity and visibility in Korea.

Some of the original Choson punk bands like Crying Nut and the Geeks are still around, playing gigs in Hongdae. Others have moved on to new projects, or have given up playing all together but there still are plenty of awesome women playing music in the Hongdae and surrounding areas. As the independent music scene grows, hopefully more women will feel comfortable participating and shaping the scene.