Side B: 2PM Showcases the Beauty in the Beast 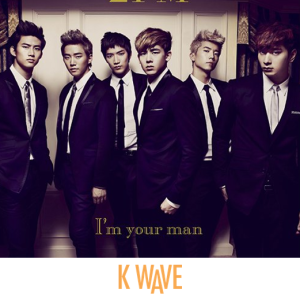 Though known as the “Beastly Idols,” 2PM has a softer side that strikes as hard emotionally as their dancing and not-too-shabby bods strike visually. Some of their midtempo to slow music, though not strictly ballads, has a softer side that allows listeners to experience the beauty in their harmonies and some of the vocal excellence in individual members’ voices.

“Angel” – Hottest Part of the Day: From their debut album, it was obvious 2PM was a group dedicated to making music that would get crowds moving. As with the vast majority of their songs, Hottest Part of the Day was very dance heavy. “Angel” was no exception; however, there was something notably groovy about the track. Throwing nods to Justin Timberlake (a la “SexyBack”), the track is smooth, sexy and has a bit of that signature growl and smirk the group has become known for. A small peek into the softer side of the group though it was, it did showcase early that not every song on their albums was all about the “thumpa-thumpa.”

“You Might Come Back” – Time for Change: The follow-up to their debut, mini-album Time for Change, showcased more of their powerful dance tracks, but there were also smoother tracks meant for getting close. “You Might Come Back” was a classic lover’s lament about missing the love of your life and wondering where she’s gone. Befitting the more melancholy color of the song, the music was soft, a sensual whisper of a lover who’s gone but has left her scent behind. With a bit of a midtempo dance break during the chorus, the music itself offers the protagonist his moment of hope that perhaps his lover will return, and the vocals mesh perfectly to express the brightness in holding on to that glimmer of hope.

“Back 2 U” – 1:59: 2009 brought 2PM’s first full-length album, and with it the men had room to express more sides of themselves as individual members and as a group. The diversity of the album lent itself to some truly gorgeous balladry. Track “Back 2 U” gave us more of that sensuality that started to become a surprising facet of the group’s personality. The moments of auto-tune, though somewhat pervasive, didn’t detract from the emotion in the song. Though lyrically it speaks of a man whose lack of maturity leaves him lonely and steeped in regrets, musically it’s a beautiful track. Perhaps the auto-tune is meant to represent a man hiding behind a false bravado, unable to face himself, let alone the woman who’s walked out on him. The song is another in a long line of solid R&B the men started to roll out as soon as 1:59 was released.

“Dance2Night” – Still 02:00 PM: Still 02:00 PM showed that even in the realm of dance, the men could give listeners something sweet and simple. “Dance2Night” was a groovy track that didn’t rely on heavy beats. Rather it was a nod to less flashy R&B, a simple two-step that was meant to make listeners feel good, feel like swaying with a loved one or maybe just have a drink with a piece of eye candy in a low-lit club. It’s got a comfortable groove that houses the vocals of the group, now sans sweet-voiced Jay Park. The music is never overpowering, and the lyrics are simple enough, a song meant to highlight just how unified the group is vocally.

“Like a Movie” – Hands Up: Though the obvious selling point of the group’s second full-length album was title song “Hands Up,” it was track “Like a Movie” that made the deepest emotional impact. Firstly, it has to be said the voices are quite angelic. Housed within the dramatic music, the track is as it suggests. There’s an element of the theatrical here — throbbing piano, the drumline procession that makes up the chorus. It’s a powerful track that further showcases how surprisingly strong the group’s vocal dynamic is. There’s never anything over-the-top, every note comfortably where it’s meant to be. “Like a Movie” gave me goosebumps when I first heard it, that’s how unexpected it was on an album whose main draw was a hard-hitting, bass-heavy dance track. Even Taecyeon’s rap served a purpose, the steady canto of his flow adding depth and emotion to the already heart-rending song.

“Just for Today” – Grown: The title of the group’s third Korean full-length album is apt. Grown most definitely showcased a more mature, more emotionally aware 2PM. Some of the songs on this album, particularly the slow jams, were both musically exceptional and vocally moving. Track “Just for Today” specifically had such a deep sway it anchored itself in my heart and became one of my favorites from the group. It’s as if the members were thinking about someone they wanted to spend long, lovely moments with in candle-lit corners. The ballads and midtempo grooves on this album were integral into highlighting just how tight they are as a group and how complete their sound is.

“Only Girl” – Genesis of 2PM: I tried to exclude Japanese tracks from this list because the group’s discography really is that expansive, and I wanted to focus on their Korean releases. However, I couldn’t move past Genesis of 2PM and not at least mention track “Only Girl.” As their catalog will attest, these men certainly know how to pour emotion and beauty into their songs. Though couched between a lot of dance tracks, those moments of softness and beauty can never be taken for granted. “Only Girl” is not only beautiful musically, it’s truly lovely. Sweet without the cloying stickiness of much of K-pop’s slower songs.

As the men of 2PM continue to mature, the musical growth is apparent. Throughout their discography, one can tell that the group worked hard to move beyond simply being a group known for pulsating beats and a lot of flash. Though not quote the vocal powerhouses of their 2PM/2AM lineup, they still have the vocals to stand next to their other half. There’s more to these beastly idols than the overabundance of beefcake. There is true beauty in 2PM’s catalog, music everyone can fall in love with.