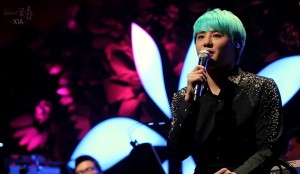 The K-pop audience is so constantly inundated by comebacks that it may be easy to overlook how much work is put into each work. For some artists, comebacks are hard fought endeavors in getting their music out to the masses. To others, it may also lead to achievements that will forever be associated with an era.

After much deliberation, Willis, Lo, Morgan and Alolika all shared their favorite comebacks from 2015 so far (Jan – mid June). Please let us know which comebacks were you favorites in the comments below!

Morgan: A lot of the reasons certain groups or artists made it on my list was because of what their comeback meant for the artist. For instance, Jinusean made their first comeback in eleven years. “Tell Me One More Time” was the perfect combination of everything I loved from the ’90s with the innovation of 2010s. They sold it as the meeting of old and new with popular female artists like Ailee, Hani, Sandara Park and many others featuring in the live performances. Usually musical acts that are that have passed their ‘prime’ don’t get attention from younger audiences, but they definitely got my attention as a young adult. This song was just something people from all ages could enjoy.

Junsu’s comeback was monumental as it provided him with his first television appearance as a singer in 6 years. “Flower” was the perfect song for this as it was about struggle and overcoming it. Junsu’s vocals shined like they usually do, filled with the emotion and talent that make him one of K-pop’s best vocalists. Not to mention he teamed up with Tablo for this comeback, which was an awesome in just names alone.

Willis: Morgan, I completely agree with your sentiments about Junsu. His first TV appearance in 6 years is a big deal, and the rest of the comeback was also of great quality. 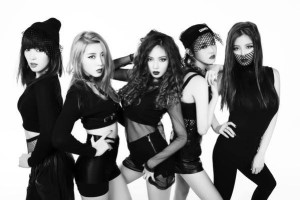 Alolika: I was overall disappointed by the comebacks this year. For all the effort put into each of the comebacks, nothing wowed me except for “Crazy,” which is why my ranking of comebacks has practically two positions: 4Minute and the others. “Crazy” is the badass women concept done spectacularly well. Recently, the ladies of K-pop have been expanding the idea of badass-ery, expanding and subverting the “Damaged Lady,” but “Crazy” has been the only music video so far which also has a strong sexuality as its subtext. From the outfit to the choreography — especially the choreography — “Crazy” should be considered one of the landmark MVs in the evolution of K-pop girl groups.

As for the rest, I put them on the list on the basis of how they fared in the “What next?” element. As mentioned before, EXID caught the media attention with the okay-ish “Up and Down,” and with their next comeback, they had to prove that their worth was much more than a random fancam gone viral. “Ah Yeah” took care of that for it mixed the essence of “Up and Down” with the smartness and peculiarity of “Every Night” — It had both: catchy music and an exciting concept to support it.

Morgan: Everyone was waiting for EXID’s next release to see if it would make or break the group after the success they had with “Up and Down.” “Ah Yeah” was exactly what they needed as follow up as it utilised the aspects that made them popular and built on that. They pulled themselves out of the sexy group category by making a statement on representation of females and sexuality. They showed that they have the attitude and talent to back up their popularity. I didn’t like “Up and Down” and was a bit confused by its success, but “Ah Yeah” made me pay attention.

Lo: I’ve never been a huge 4Minute fan, but dayum, I loved “Crazy.” It’s still ruling my playlist 6 months after release. It used everyone’s strengths well, turning in a product of the best of every member, not just Hyuna and her backup dancers. And as much as I enjoyed “Ah Yeah” (it was my honorable mention), I feel that 4Minute are 2015’s badass ladies, hands down.

Willis: Ga-in topped my list because her comeback was everything I wanted it to be. Her solo efforts usually provide a unique point of view, and in my opinion, she delivers on all fronts with “Paradise Lost.” The visual and thematic elements of “Paradise Lost” make it a compelling piece of art that I found myself drawn to. 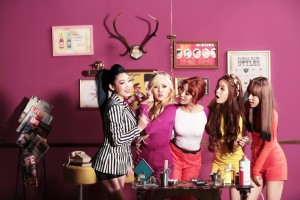 Lo: Ga-in and FT Island took number one and two on my list because they are both utterly glorious views on religion in modern society. As someone who lives in the American South, hearing doubts about God, his presence in the world and choosing to abandon a religion that chokes you into compliance was so fabulously outside my normal. Ga-in took the top spot, though, because I felt she transcended language. You didn’t need to comprehend her words to understand them.

Morgan: Definitely “Ahh Oop” because I was disappointed by the MV for “Um Oh Ah Yeah” despite it being a great song. “Ahh Oop” was everything I wanted from them and more. I still haven’t stop listening to it even though it came out months ago. On occasion, I have even been given some weird looks in public because I tend to sing the “ain’t nobody got time for that” line unconsciously while listening to it. I can’t help it, I am addicted to Mamamoo! I was ultimately entranced by the catchiness of the song and the strong message it was pushing. One of the reasons I tend to listen to more male groups is that they have an assertiveness that a lot of female groups lack. Mamamoo fills in that gap with the message of ‘gotta respect the girl’ while still retaining their own femininity and female identity. Mamamoo have the talent, attitude and music to take out all competition and they bought all of it to “Ahh Oop.”

I have had a soft spot for Mamamoo ever since they debuted so that probably had a little to do with why they made it onto my list. While I enjoyed “Mr. Ambiguous” and “Piano Man,” “Ahh Oop” eclipsed all its previous releases for me. They just bought so much talent, strength and sass to that song that it was hard to stop listening to it.

Lo: I second everything you said, Morgan. The sass, the skills, everything about it was pure gold. 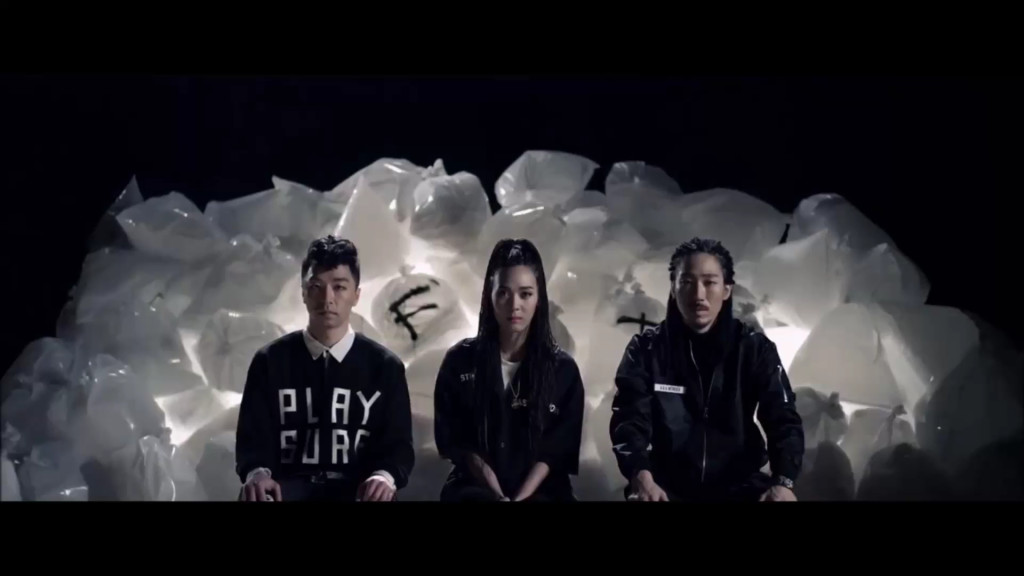 Willis: I see we have some unique choices on our lists. What made those comebacks stand out in particular?

For me, MFBTY‘s Wondaland album was an amazing listen. I think that Tiger JK, Yoon Mi-rae, and Bizzy truly delved into their artistic spirits when crafting each individual piece on the album. When they released “Buckubucku,” I was sold. I loved their delivery, the beats kept me grooving, and the features were very smart.

Shinee‘s “View” and the whole Odd album signaled a return to the type of style I love from Shinee. “View” dabbles in house music, and the result is one of the catchiest hits this year. I also appreciate that Jonghyun is getting more opportunities to write and compose. Giving more chances for members to contribute to what the group is performing can only be a positive thing in the long run. And the R&B numbers in Odd are stellar.

Lastly, Sunggyu is a personal favorite of mine. Whenever he and Nell‘s Jong-wan work together, I think it’s absolute magic.

Lo: Big Bang was probably the comeback I waffled on most, but in the end, “Loser” had to too much of a pull on me. As someone who’s always had a soft spot for pop-punk, “Loser” had an unfair advantage. The poignant lyrics about hopelessness, feeling like at your base you are worthless just made it better.

Alolika: Eddy Kim had set the bar high for himself with “The Manual,” but he also branded himself with a genre. Light, breezy and acoustic was expected of Eddy Kim, and he met those expectations in his next release, “Darling.” “Apologize” broke the monotony without salvaging the brand name of Eddy Kim. His careful flirtation with rock proved his versatility as a singer and has me excited for his future comebacks. He debuted with a surprise and, thankfully, continues to comeback with surprises. 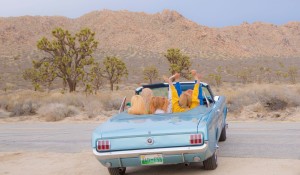 Red Velvet‘s “Automatic” was another such surprise. The biggest risk that SM has taken with Red Velvet is to market them simultaneously as “sexy” and “cute”. “Be Natural” established that Red Velvet was going to play it safe — and monotonous. “Automatic” still plays it safe and monotonous, but it manages to make both marketable. The video editing is smooth and crisp, the choreography is deceptively easy, but what takes the (ice-cream) cake is the singing. There is a surprising maturity in the delivery of the vocalists. To put it more specifically, the girls have a lot of theherav, which can be crudely translated to “dignified patience,” in their singing. I have never heard that kind of hold in any mainstream rookie girl group, Mamamoo included, which makes me look forward to what the girls have to bring forth to the K-pop industry once they are done with the “Happiness” and “Ice-cream Cake” phase.

Finally, I chose Exo‘s “Love Me Right” because it felt like the kind of song they should have debuted with, following it up with “History,” and then, only then, should they have taken the K-pop world by storm with “Growl.” It’s that kind of gradual growth that I had wished for Exo which would have given them enough time to live, breathe and cope. “Call Me Baby” disappointed me terribly. It was noisy, and despite the good choreography, the struggle the members had with it was real (Baekhyun, I am looking at your lewd gecko dance). “Love Me Right,” on the other hand, had a fun vibe and allowed the boys to play around and genuinely enjoy their performance. Nobody fainted, nobody got injured; the members looked forward to performing the song. While it didn’t market itself as a summer single, it surely would have been one of the most played songs in my hypothetical summer playlist.

Now, that you’ve read some of our writers’ choices for best comebacks of 2015 so far, we want to pose the same question to our readers — how did the comebacks for the first half of this year stack up for you? Also, the summer is already heating up with a lot of big names returning or scheduled to comeback. Which acts do you think will bring it during the second half of 2015?