Oh My Ghostess, Episodes 1-2: A Lusty Ghost Brings the Laughs 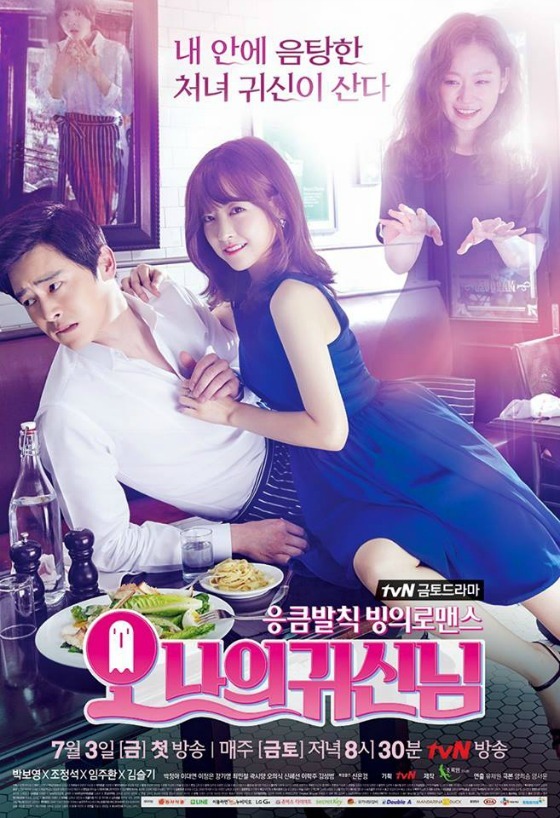 Oh My Ghostess was my most anticipated drama of the year due to my love of actors Jo Jung-suk and Kim Seul-gi. Even the premise sounded interesting: a lusty, virgin ghost possesses the body of a meek woman with a crush on her handsome boss.

The premise seemed to contain the perfect formula for shenanigans and romance and the first two episodes, while slow, definitely deliver.

The biggest criticism of the drama so far is that it moves at a slow place and throws a bunch of characters at the viewer at once. These are definitely valid criticisms but the drama does begin to pick up steam in the second episode and begins to deliver the comedy.

Right now, the best part of Oh My Ghostess is the depth of the characters. Each of our three main characters is nuanced and avoids a one dimensional label. Kim Seul-gi is perfectly cast as pervy ghost Shin Soon-ae, bringing with her an air of youthfulness and mischievousness. Her rambunctious nature is fun to watch especially when she causes trouble for fortune-teller Seo Bing-go (Lee Jung-eun).

However, Soon-ae isn’t just a troublemaker, as shown by her brief moments of vulnerability and loneliness. She cannot continue on until she resolves her grudge, but what hinders this is that she has no memory of who she is or how she died in order to solve that grudge. Yet, in episode two, her memory of her family and who she is is awakened by the image of her father trying to wake her drunk brother. Park Bo-young, playing Na Bong-sun inhabited by Soon-ae, acts this moment perfectly with dawning realization and a sense of sadness for Soon-ae’s loss. 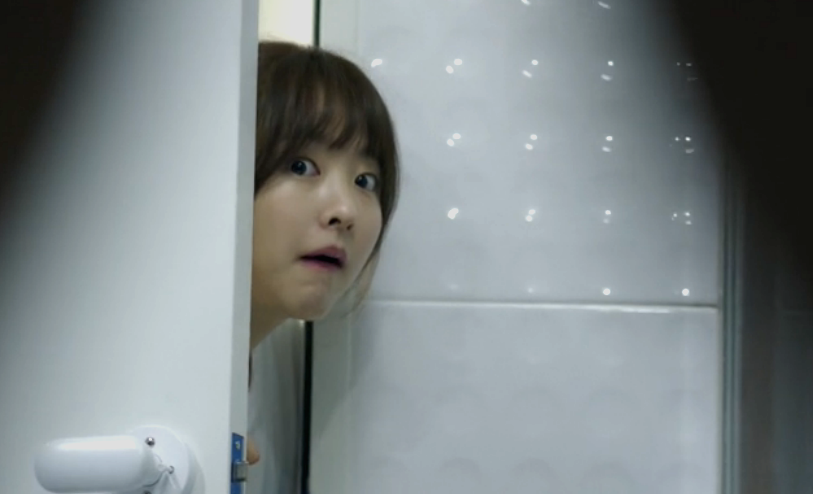 Having never seen Park Bo-young’s acting before, I was pleasantly surprised; she definitely lives up to the hype of her talents. Her timidity as Bong-sun is starkly contrasted with her brashness as Soon-ae in Bong-sun’s body. She hits the notes perfectly especially when she acts like a creep, spying on the men of the restaurant as they shower.

What’s even better about these pervy moments is that the drama does not shy away from showing Soon-ae’s gaze. While dramaland often feeds the female gaze with gratuitous shower scenes of male actors, Oh My Ghostess takes it one step further and focuses on the actors’ crotches, even lingering on some bulge.

While Soon-ae’s weirdness is played off for laughs, there are moments when she does cross the line as with her previous use of possessing bodies to seduce men and again when she pursues a drunk Seo Joon (Kwak Si-yang). These moments are intended to be funny but can just as easily be interpreted as predatory.

Despite the focus on Soon-ae’s gaze, however, there is little lingering on the male lead, chef Kang Sun-woo (Jo Jung-suk). Bong-sun’s glances are shy and furtive despite her long-lasting crush whereas Soon-ae notes Sun-woo’s handsomeness but has no interest due to his brusque manner. 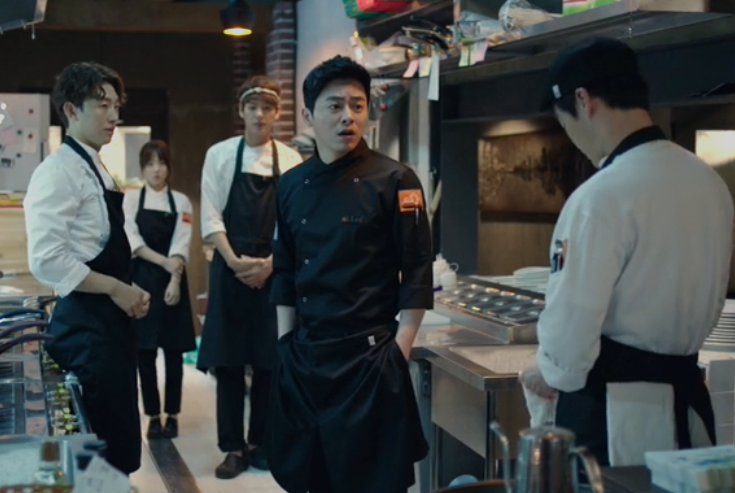 Sun-woo, while cold to our heroine, is a complicated character that’s hard not to like. Sun-woo is hard on his employees but only when the situation calls for it. He is generous to his hoobaes and doting on his sister, wheelchair-bound Kang Eun-hee (Shin Hye-sun). Even his ego, he handles with good nature.

Sun-woo’s pride and standoffishness towards Bong-sun are the only two traits that can make him seem like a jerk and even these two are explained by the drama. In particular, Sun-woo is especially cold to Bong-sun because he wants her to stand up for herself and not be like the timid pushover he was as a child. Thankfully, Sun-woo never crosses the line when scolding her and manages not to cross into “jerk” territory.

What makes this dynamic even better, though, — aside from his inability to handle the “new” Bong-sun — is that he feels connected to Bong-sun through her anonymous food blog. By providing this connection and showing Sun-woo’s caring nature to others, the future romance between Sun-woo and Bong-sun will hopefully be something healthy and loveable. 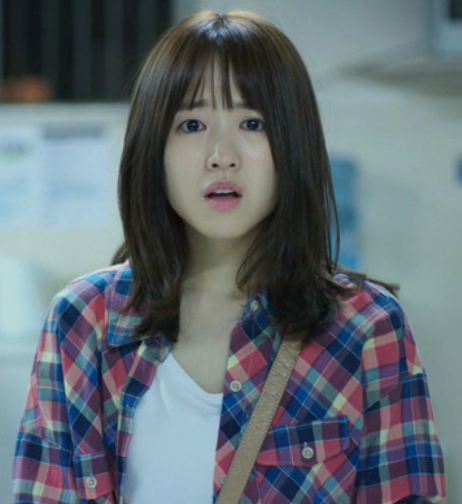 And despite Bong-sun’s meek nature, I found myself liking the character. Park Bo-young plays Bong-sun as more than just a timid person but rather someone weary of the world. There is a sense of melancholy around Bong-sun and her feeble nature is shown as a hindrance, not a virtue (in contrast to many drama heroines).

However, with Bong-sun having the perfect frequency for Soon-ae, I wonder if we will see her anytime soon. Perhaps there will be a struggle for control or a talisman that brings Bong-sun out. Either way, Bong-sun is vital to the romance continuing on and I want to learn a little more about her past.

While the first episode of Oh My Ghostess was slow and character heavy, it functioned as an introduction to our main characters and set up an interesting and funny premise. The second episode brought on the comedy with Soon-ae’s antics and the reactions of those around her. Hopefully, Oh My Ghostess will keep its funny nature while moving the plot along as a faster pace. The drama has done a great job so far balancing laughter and seriousness and I have faith it will continue to do so.

Like Oh My Ghostess? Couldn’t get in to it? Let us know your thoughts in the comments!