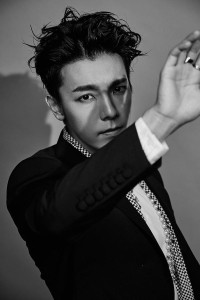 Super Junior has been going through a number of changes for the past few years and will continue to do so as the members temporarily cycle in and out for their mandatory military service. In congruence with the changing activities comes another change, a good one though: a more mature Super Junior.

Latest release “Devil” is, of course, not the first example of this but is instead a solidification of this new Super Junior. The smooth “This Is Love” and somber “Evanesce” were excellent additions to their extensive repertoire, but they were also on the same repackaged album. With “Devil,” this mature, understated sound and image have become more than a concept, a one-off to be tried on and enjoyed, only to be abandoned in favor of the next trendy thing. No, this is growth.

Leading single “Devil” takes cues from the aforementioned previous singles but takes it to the next level. Leaving the R&B influences of “This Is Love” and “Evanesce,” this track favors jazz and funk more with its quicker, foot-tapping-inducing beat, perfectly subdued guitar and more prominent bass line. Combined with smooth vocals, the track is well-balanced, giving a nice hand-off with solo lines but no one part overpowering the others. Even the bridge doesn’t seem like such a huge change with the clapping percussion keeping it consistent.

Addressing a girl as a devil, Super Junior uses a great deal of metaphor to express frustration. “I wanna taste the wet you” takes the cake for being ambiguous and sexual, but I’m more fond of one particular line in the chorus: “You’re the salt of the faraway desert/A shadow of the red hot equator/You make me taste a moment of pleasure/Then you burn up my throat again.” This desperate desire comes to life visually in the music video. With its cinema theme, the MV suits the song’s meaning and sound but is also fun.

The MV for “Devil” gives us the Super Junior we all love: immensely talented and attractive but also undeniably fun. From Donghae revving his motorcycle and Kangin and Siwon facing off in a film noir to Leeteuk and Yesung on the run, all of the different film concepts are great, and the lack of an actual linear plot works well here. Instead of a box MV or a narrative, we get mini-stories with each film, and they follow cinematic tropes enough that we get the idea but are brief enough to be intriguing.

Despite the multiple concepts, there is one consistent element: Almost all of them feature the same “devil” of a girl — complete with red eyes and tail — in some way as the overarching antagonist or temptation. This ties together the music video enough to make it more than just Super Junior having fun with a bunch of fake cliched movies.

The standout in the music video is not in the concepts but in their execution. The cinematography changes with the mood of each film. Siwon’s rom-com scene is full of the soft focus and bokeh typical to the drama, the action scene at the bar has a cool blue tint, and, of course, there’s the warm toned film noir. The mood in each style works with the concept, and it’s details like that that show earnest effort to make a good MV.

Unfortunately, the plentiful storylines leave little room for shots of the choreography. Then again, that’s all we’ll see during promotions so it’s okay. What we do see of it is clean and simple with detailed movements, such as in the hand flips and heel pops of the chorus, and it’s effective for the music. 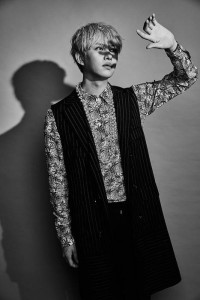 Overall, I’m thoroughly pleased with Super Junior’s comeback and the current direction of their image. Their popularity domestically may not be at the place where it once was with the general public, but this is the type of song that I could see bringing their music as an idol group back into the public’s periphery. But it doesn’t really matter because this is a special anniversary comeback, meaning fans are already the ones most likely to enjoy it, and I for one certainly enjoy it.

I’m not normally one to give a perfect score. Be it a film or a music video, I like to reserve my perfect ratings for exceptional media, but I have to say that this music video is exceptional to me. The song is perfect, the music video is fun but well-crafted, and Heechul continues to look amazing. What more could I ask for?