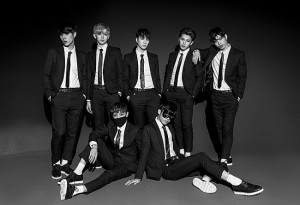 Spring is well under way, and it’s time for the April edition of Unsung Artists! In this segment we take a look at some of the lesser-known releases of the month. There were lots of singles to choose from, but these were the ones that caught my eye!

Shin Zisu encourages people to take a break from studying and have some fun in “Hey Jude.” The song’s fresh sound, Shin Zisu’s soulful vocals, and Sleeq’s rapping all combine into the perfect song for spring. Intense studying is the norm in South Korea which leads to high academic achievements but also high rates of suicide. So Shin Zisu’s focus on getting students outside to have some fun (because youth doesn’t last forever) is an important message to hear. The video shows that you don’t need to go crazy at the clubs to have fun; a group of friends relax within their own neighborhood. They take photos in animal costumes, have a party at the house, and just hang out in the streets.

Next up is Roo with “Suffocating,” a quirky track that makes ambiguous feelings sound fun. The song is cute and folksy without going over the top or infantilizing the singer.

Whenever I see you, I feel so shy
Should I make a move? Should I wait? I keep on hesitating, and I’m tired
It’s so frustrating, where are you looking? So suffocating, we keep going in circles
Please show me how you feel

There’s certainly nothing groundbreaking about the song, but I couldn’t help but think about how American it sounded. You could easily slip this in a playlist with Sara Bareilles and Sixpence None the Richer and no one would notice. It’s a song about that uncomfortable grey area between friendship and romance, and yet it stays bright and cheery.

After taking a brief detour into aegyo-land, 24K makes a more mature comeback with “Hey You.”  After laying low for a year and a half, this dance track is a decent first step back into the spotlight. The Korean title is “You’re Pretty Today” which fits the song better not just because it’s in the chorus, but because “hey you” is not the greatest pickup line in English. The boys sing about being dressed their best and seeing a pretty girl, and yet they’re frustrated because she doesn’t pay them any attention. The music video showcases this, with 24K dancing and trying to flirt with pretty, but unimpressed, girls. The dance has an interesting window washing movement you don’t see often (it looks better than it sounds).

You can’t talk about April without thinking about the Sewol Ferry accident. This year was the first anniversary, and the tragedy is still raw. “The Light” touches on the subject without being explicit about it. It is the debut single for 5-member girl group The Ark. The track was composed by Kim Tae-sung who also created “The Boys” for SNSD. Structurally, the song stands out because the rap takes center stage rather than being a mere afterthought squeezed in at the end. The lyrics are hopeful and encouraging, talking about finding and appreciating someone that you can lean on.

I’ve always wanted to live alone, every day was a solo story
I was fine on my deserted island, I even tried to build walls
I thought that it was freedom that nobody cared about me, stupid me
I only cared about me, in a well of misunderstanding you gave your hands to me

The song is enhanced by a touching music video which portrays a mother and daughter living by themselves. The daughter is a typical teenager, the embodiment of the first verse. At her age, she doesn’t understand why she can’t have a new backpack and is embarrassed that her mother is wearing her pants. But the mother is like the chorus, reaching out and caring for her daughter even with her angst. She slips her banana milk in bed and cooks her lunch first thing in the morning. Even though the daughter is immature at times, the two have a good relationship. They can tease each other and laugh. But as you might have guessed, the video ends in tragedy (I don’t want to give too much away). At that crucial moment the lyrics step in, promising that mother and daughter will always be together until the end.

5. Phonebooth, “Flowers on the Waves”

Phonebooth and their fans also expressed their feelings about the Sewol Ferry in “Flowers on the Waves.” Apparently, fans and Phonebooth came together to not only write the song, but also to make the music video. Like The Ark’s “The Light,” this homage to the tragedy is uplifting and inspiring. The vocals and instrumentals build up into something quite powerful. It’s sung from the point of view of the children, encouraging their parents to not dwell on the place where they lost their lives.

A star has left for the waiting place, the nighttime dewdrops are no longer burdensome
I learned first-hand about the wind where I left
I even tried fumbling in the waves, it was no use
Please don’t come here, where breath is entangled in the darkness
Like the scrapped ship light doesn’t even reach this place
Upside down petals, upside down petals

At the end, the singer as the voice of the victims ends the song with a final goodbye, reminding the parents to not think about them being at the bottom of the sea.

Mother don’t cry, I’ve had enough of the gloom
Just remember my name as the flower petal
To the depths of this deep sea the sound of bells will not reach,
But the lesson too like the ending will come
Flowers on the waves

Those were my picks for last month! So readers, did you have any favorites for April?