Counterpoint: Being Like Iggy Is The Best for CL 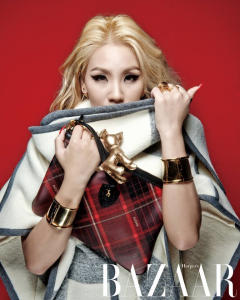 The details around her debut are still a bit foggy — as is usually the case when dealing with YG artist — but 2NE1’s leader CL is officially gearing up to make her debut in the United States this year. Since the news was announced, she has been spotted with big names in American music, including the usual suspects, Diplo, Skrillex, Justin Bieber, as well as some newer faces, such as Ariana Grande and Scooter Braun (who happens to be the US manager of her YG labelmate Psy).

While she has been keeping pretty good company, with her debut seemingly right around the corner, what reaction can we expect to the ‘The Baddest Female’in the USA?

To get a better idea of how CL will fare in the US — while there are netizens and fans who hate the comparison — looking at CL’s similarities to Iggy Azalea can actually be helpful. The two have a connection that spans beyond just being female rappers with signature long blonde hair. Both are non-black foreigners trying (or planning to try) to make it in the US as rappers.

Iggy, an Australian-born rapper, has faced much criticism for cultural appropriation and for being “ignorant about black issues and [therefore] undeserving of success.” To understand this criticism, we have to look at what hip-hop has historically represented. Hip-hop was founded as a way to express and bring to the forefront the struggles of street or black life. One of the most damning criticisms a rapper can get is that they don’t represent or know of that lifestyle, that they are “fake.”

Without getting too far into another issue, I personally do not believe that because hip-hop was created in the black community to express its struggle, it cannot be used to express the struggles of other minority groups, or even the majority, because not all whites are rich and living cushy lives, and therefore struggle exists there, too. However, that doesn’t always matter when it comes to the rap community. It’s either you’re “about that life,” or you’re not, and CL might hit a bump in the road when it comes to this.

In the face of these criticisms, Iggy has maintained that she has every right to be a rapper regardless of her colour, or where she grew up:

i find it patronizing to assume i have no knowledge of something I'm influenced by, but I've also grown up with strangers assuming that.

most people learn every and anything they can about the subjects they are passionate about, I'm no different.

In addition, Iggy has proved, through her music, that she has actually gotten a taste of struggle and has insight on the things that rap and hip-hop were founded on. In her song “Work,” she discusses what she did to succeed as a white, Australian, female rapper in the US, which was to leave home at the age of 16 and come to the US and start her career from the ground up. As you can see, even someone who knows something, even if it is less than others, about the lifestyle rap/hip-hop is synonymous with, authenticity is an issue. And well before talk of her American debut came about CL’s authenticity has been questioned by the K-pop fandom.

It is probably a fair assessment to say that CL has never really had to struggle in life, at least not nearly in the same way most rappers have. She grew up and was educated in Paris, Tokyo and Tsukuba with a physics professor/author father. In addition, her grandfather is a physicist, her uncle is an economist, and her aunt runs an art gallery. On top of that, her career as a rapper did not start with years of writing and trying to get her music heard; it started, as that of many K-pop artists, with auditions and then training. Then, she was catapulted into fame by being in “manufactured” group with three other women she didn’t know. She debuted with a song she didn’t write. Not much of that struggle hip-hop was founded on and values so dearly. 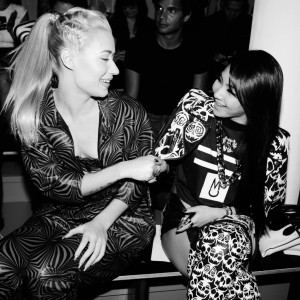 Another issue that could work against CL is her bouts of cultural appropriation along with absence of a true and traditional connection to rap and hip-hop. For example, in her feature on Skrillex’s “Dirty Vibe,” she raps, “Runways and strip clubs, I’ll be making it work.” Here she is claiming to have “worked” a strip club or in other words the pole. And, as we all know, she has never worked near a strip club much less the pole. This type of discrepancy is something US rappers, and fans of the genre, will be quick to jump on if it shows up in her US album.

Now, things aren’t doomed for ‘The Baddest Female’ because there have been positive clues that CL may have few issues breaking into American rap. For instance, she finished in second place on the Time 100 Readers’ Poll, which is evidence that she has a strong and dedicated fanbase. There’s also the warm reception she received on Twitter following her appearance during Skrillex & Diplo’s set at Ultra Music Festival, which means that those who are introduced to her and know nothing about her will enjoy her style of music. But, probably most hopeful of all, Will.i.am, a pretty big influence in the industry and someone who has backed CL and 2NE1 (since an American debut for the group was a rumor), is someone who has come to Iggy’s defense, stating that hip-hop is no longer confined to a color:

.@IGGYAZALEA is saddens me that people are making a big deal about race in hiphop & not ethics…today's ethics goes against our foundation

.@IGGYAZALEA hiphop Is global now…it doesn't matter if your white or black…thanks for contributing & spreading our culture positively.

So, should the baddest female expect a positive reception for her US debut?

Well, truthfully, it’s hard to say because the US market is a fickle one, and no can expect to be accepted by everyone. However, knowing that CL already has a significant fanbase both in the US and elsewhere outside of Korea, she can expect to do well. As for her issues with the genre and whether she will be perceived as “authentic,” as we see with Iggy Azalea, whom many don’t see as being “authentic,” it’s not likely that CL’s lack of traditional hip-hop qualities will stunt her success.