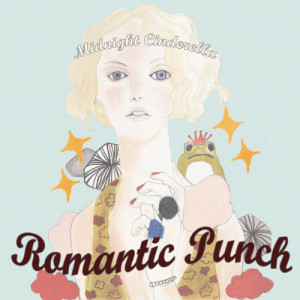 The earth has shrugged off its frosty fetters, and spring has settled into the trees. In recognition of this renaissance, I bid all Indie Gem enthusiasts a warm welcome!

Hence, for today’s segment I’d like to introduce a K-indie rock band (while you too eat away at a perennial spring dessert) that will show you exactly how fruitful it is to listen to brash and bold K-indie in the flowery subtle season of spring. Upon falling into Romantic Punch, an idea I had bubbling in my head concerning their identity as hard rock buffs within K-indie solidified. I realized that although their music is actively committed to enlivening the rock genre, it is a diverse composition for both rock fans and general listeners of Korean indie music alike. So Indie Gem enthusiasts, here we go into Romantic Punch’s world of hard rock!

The group formed in 2003 as a Christian indie band under the name “Wash the Dishes.” Six years later they reemerged with the novel name Romantic Punch, and poignantly enough their five-member family dimmed into four members following bassist Park Hana’s departure earlier this year. Today, Romantic Punch is composed of vocalist In-hyuk, guitarists Konchi and Lazy, and drummer Tricky, who officially joined the band in 2009. In their nascent days as Wash the Dishes, Romantic Punch earned humble recognition through the release of several mini albums; Bright Sunlight Day was revealed in 2004 after their entrance into K-indie as a rock band, and Saturday Night arrived two years later in February of 2006. 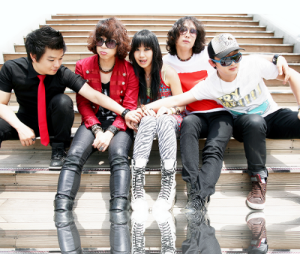 Amidst the array of K-indie artists blossoming in townships and cities all over South Korea, Romantic Punch was a modern proponent of hard rock as a unique and expressive genre in indie music. True to the independent spirit, they plucked at their guitars and sang their passion for rock in many music festivals throughout the years while simultaneously delivering another mini album self-titled “Romantic Punch.”

In the bright days and cool nights of this phase, Romantic Punch meditated on their identity as artists and people who wanted to share the magnificence of the rock music they so loved with everyone around them.

The romance of their career as rock stars, and the punch this romance delivered, really paved a special space within K-indie for them to comfortably practice and share their music. Romantic Punch’s big break came in the form of an ingeniously composed and symbolically titled testament to hard rock in 2010. The group released their first full-length album Midnight Cinderella as if they knew exactly what it would garner them; like the classic fairy-tale where the gifted Cinderella confronts her foes with courage and kindness and ultimately receives an extraordinary reward for her patience and hard work, so too did Romantic Punch thrive. 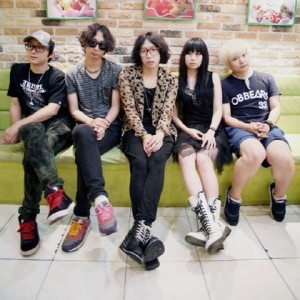 After years of hard work and enduring lulls, they found their reward in an increased number of dedicated partisans of hard rock. In Midnight Cinderella’s title track “Right, Now,” greatness makes a grand and unexpected entrance right away. The thin silver clinking of drums in preparation establishes a harmony with the powerful guitar chords and In-hyuk’s pitch-perfect vocals. The chorus is introduced boldly among the diverse instrumentals in the background, and the song remains steadfast in its elevation of the drum and guitar.

The vocals are full of vigour, but the second Sinawe’s legendary vocalist Kim Bada makes his entrance, “Right, Now” becomes far more enthralling and gallant. His melding of Korean and English lyrics are supremely entertaining, and when correlated with In-hyuk’s mercurial vocals, the spirit of rock takes over and directs the rest of the song to an extremely satisfying conclusion.

Further into Midnight Cinderella, track seven “I Belong To You” is a much softer and poignant illustration of hard rock’s versatility. The guitar is the primary instrument; utilizing its constant tune beneath the soft yet curling vocals, and the chorus is extremely catchy and memorable. The depth and emotion embedded in “I Belong to You” are so potent and concise that the feelings associated with it are read effortlessly. This is a tender hard song for fans who enjoy K-indie’s more evocative sounds and moods.

In addition to the fame and grandeur, Romantic Punch also hold their own intimate and regular-interval solo concerts where they perform for their fans. With an ever-expanding fan base, the group is noted to have performed in over 1000 street concerts over their career.

Their latest album entered the K-indie scene in 2013 and has tracks that are so powerful (in meaning as well as musicality), that you can’t help but feel overwhelmed. To put it simply, Glam Slam is a piece of art. In its wide-ranging intricacy it is not only diverse, but also exceptionally honest. “Glam Slam” (which is named in the likeness of the album) is a masterfully composed sensible rock track whose soft undertones collide in an explosion of eminence with the commanding instrumentals and vocals that experiment with pop sensibilities.

“Glam Slam” also features the vocal talents of Kim Seheon of the glitter rock band Eve. Kim Seheon’s induction of glitter rock elements into “Glam Slam” lend the song a mod and electronic flavour that previsions a harmonious future for the rock and pop genres.

The most outstandingly sensational track on “Glam Slam” is most probably “TGIF” or “Thank Girl, It’s Friday!” Not only is the name a witness to creativity, but the rest of track is pure magnificence. It unfurls like any other Romantic Punch song with its smooth and stable instrumentals, but changes rapidly into a catchy and fun-loving tune with the diversity of the vocals and the repetition of key lyrics. Lee Won-seok of Daybreak is the celebrity vocalist of the day featured in “TGIF,” and his clear and soft vocals accentuate In-hyuk’s sensitive vocals. The song has a casual and leisurely aura that is hard to dislike.

So Indie Gem enthusiasts, not only is Romantic Punch diverse and creative as a K-indie rock band, but their music holds such promise and greatness that it sends anyone willing to listen on an amazing tour into the marvels offered by the entire genre. Once you hone in on Romantic Punch’s revolutionary sound, you are bound to see K-indie in a new light.