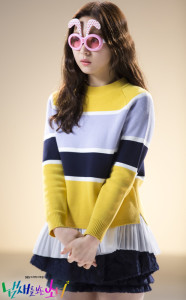 SBS started airing it’s new Wednesday-Thursday night drama on April 1st, the Girl Who Can See Smells. It boasts a star-studded cast, with Shin Se-kyung and Park Yoo-chun taking on the romantic leads of Oh Cho-rim and Choi Moo-gak. Originally a popular web comic, Girl Who Can See Smells joins the ranks of many other drama adaptions. Only question is can it capture the same attention the comic did?

So far, Girl Who Can See Smells seems to have something for everyone from romance, comedy, mystery to thriller. It is an incredibly well-written, acted and directed drama that can leave you in stitches or sitting on the edge of your seat in suspense. The drama will leave you wanting more and not just because of its cliffhanger endings.

The plot follows the main couple as they become twisted up in a serial murder case where victims are reported missing then turn up later dead with a bar code cut into their arm. Oh Cho-rim, who was once known as Choi Eun-seol, witnessed the murder of her parents by this serial killer and when trying to escape from becoming the killer’s next victim she was accidentally run over. The accident left her without any memories, the sixth sense of seeing smells and the new identity of Cho-rim. Choi Moo-gak becomes involved in this twisted crime when his sister, who has the same name of Choi Eun-seol, was murdered in the hospital after having been mistaken for Cho-rim. Moo-gak becomes desensitized in grief, swearing to catch his sister’s killer while developing a condition where he can no longer feel pain. These two characters meet 3 years later, developing a co-dependent friendship where Moo-gak uses Cho-rim’s ability to see smells to solve crimes and Cho-rim uses Moo-gak as her gag partner in a comedy troupe.

Moo-gak and Cho-rim steal the show with their adorable interactions from the very beginning. Cho-rim’s bright and exuberant personality clashes with Moo-gak’s emotionless one. However, they both share one characteristic as both are driven when achieving their goals. In each other they find someone that they can share their unique abilities and even though they clash, they start to learn from each other through shared experiences. 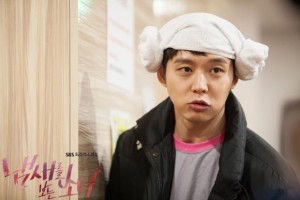 Both Shin Se-Kyung and Park Yoo-chun were cast perfectly for this drama with their facial expressions alone being able to light up or darken a scene within seconds. Shin Se-kyung as Cho-rim has the ability to take any scene filled with dark themes and flipping it to the very opposite with one smile. Yoo-chun especially easily slips between the two contrasts, going from stoic to stupid within seconds when Moo-gak performs skits with Cho-rim. Who can’t but help draw the connections between Moo-gak’s gag skit and Yoochun in Happy Together. The two actors react naturally together, feeding off each other easily to create interesting interactions. I’m seeing a new power couple in the future for these two!

For now, we are starting to be introduced to quite a range of characters from the heroes, possible villains, victims and detectives. While the drama has already invested a lot of time in developing the characters of the main couple, there are many other characters within the story that have yet to develop. At this point, the members of the detective team are rather two dimensional; used for comedic appeal and plot devices. Their interactions with the other characters seem typical of high school students rather than detectives, as they stubbornly only pursue one possible lead in a case and try to bully the only other detective into not pursuing other possible leads. While they can be incredibly funny to watch, there is definitely room for the development of these characters. With the last episode revealing a plot twist that left me in tears when one of the detectives got too deeply involved in the case, there is definitely hope that this development will occur. 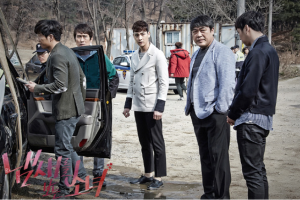 While the drama heavily relies on the guise of Cho-rim seeing smells to help solve crimes, this doesn’t mean that the crimes will be solved easily. That would just be boring. There is an incredible amount of detail that has been put into this drama to keep not only the characters but also the audience guessing who the culprits are. While the detective team can be juvenile in some cases, they do play an important role in finding evidence and directing the flow of the investigation.  Moo-gak and the serious female detective, Yeon Mi, stand out as the leading detective minds in this drama, following leads that the rest of the team refuses to. While the team discovers more and more evidence, the viewer is encouraged to create their own theories alongside those of the detectives.

The writer has made the interesting choice of introducing the prime suspect for the bar code serial killer from the very beginning. The drama seems intent on keep viewers focused on thinking that the doctor, who was there at Moo-gak’s sister’s death, is the killer everyone is looking for. For example, the scalpel obviously indicates that the doctor is the murderer. The doctor’s presence as the current villain builds up suspense whenever a character comes in contact with him, as the viewer knows he is up to no good but the characters do not. Soon, you’ll find yourself yelling at your screen for Cho-rim to not go alone to places with him. 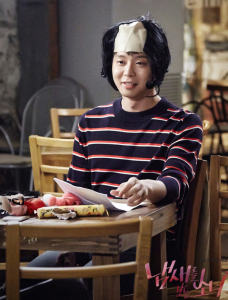 However, while the drama’s main intent is keeping the viewer focused on the doctor, it does a great job of shaking that sureness. The last episode introduced the possibility of a copycat, which was meant to throw the viewer off. This opened up eyes to the possibility of other characters being the serial killer. There are a few suspicious characters out there, especially considering in the last episode we found out no one is safe, so far the two main suspects are the doctor and the victim’s boyfriend. I mean, the fact that the boyfriend’s dog would not stop barking at a closed door is very interesting. This drama will definitely keep you guessing!

Girl Who Can See Smells is incredibly funny; filled with laugh out loud moments that will keep you coming back for more. From Moo-gak attempting to get a drunk Cho-rim back to her house on her faulty directions to him practicing his ‘idiot’ character in the interrogation room when he doesn’t know the female detective is watching from the other side of the one way glass. The show mainly relies on use of slapstick and exaggerated acting to create humor effectively. There are many moments, mostly at the expense or embarrassment of the characters that will keep you laughing throughout the show. This heavily contrasts the dark themes that pin up the plot of this drama.

Comedy and murder usually leads to dark humor but not in Girl Who Can See Smells case; it has somehow found a balance between lighthearted and intriguing which is compelling to watching. While the contrast between the show’s light and dark themes can be quite jarring at the beginning, the combination starts to fit seamlessly together as the drama goes on. This creates an interesting new dynamic as it gives the drama the ability to play with your emotions, sucking you in and changing what you initially felt into something else. The small things that made you laugh can be used to large plot devices that can make you cry. The detail in this drama really does show through when something that you thought was inconsequential humor comes back to bite you.

Even though Girl Who Can See Smells is just starting out, having only aired four episodes, it has already proven itself to be entertaining with interesting characters, intriguing mysteries and laugh out loud humor.  The combination of humor and thriller seems like an unlikely combination, yet this drama has succeeded in creating an intriguing balance between the two. Whether you come for the laughs, the thrills or, let’s face it, Park Yoochun, there is a high chance that you will become hooked. Let’s hope that this success continues!