Series Overview: "Kill Me, Heal Me" is a Roller Coaster of Emotion 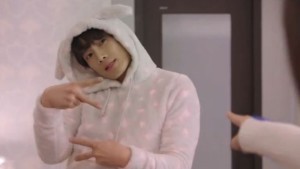 Dissociative Personality Disorder seems to be the drama trend for 2015, with two dramas already embarking this rarely explored mental illness. Could we be witnessing a new cliché in the making? In any case, Kill Me Heal Me had a unique hit-or-miss premise — it could either go terribly wrong with hammy body gags and a haphazard plot, or it could blow us out of the water with a tight storyline and ample medical research. Fortunately, for me, the result is in favour of the latter.

Without an inch of doubt, the star of the show is the man of seven personalities himself, Ji Sung. While it’s already a considerable challenge portraying just one character, Ji managed to accomplish it sevenfold, bringing tears and laughter through it all. It’s really amazing how committed Ji was to whole-heartedly embrace the whole spectrum of quirks – from Perry Park’s ahjusshi accent, to Yo-na’s fangirliness, to Shin Se-gi’s manly eyeliner. 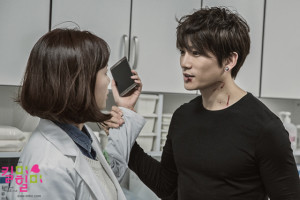 And what was even more impressive is that each personality felt like a distinct character with its own set of emotions, and I can’t re-emphasize how important that really is. It’s a common troupe of the industry to utilize one actor to play multiple roles, whether it’s a pair of twins, or a result of a body swap. In such cases, one of the defining success factors is how convincingly the actor manages to wear a different hat for each character, such that the audience — at any point in time — can easily overlook that it’s the same actor behind the scenes. And what really made Kill Me Heal Me work was not only the entertaining and diverse set of personalities, but also Ji’s ability to go the whole nine yards for each personality, and inevitably causing the audience to fall in love with them.

Honestly though, the whole chaebol setup is the least novel backdrop, especially since the highlight of the show was really in everything else outside that. And while I understand that it’s an essential backdrop for Do-hyun’s emotional issues, there’s only so much shouting, office politics, and uppity airs that the viewers will want to watch. Thankfully, despite this, the strength of the writing still shined through when unexpected twist after twist were slowly unraveled in the last few episodes. There was evidently much effort put into crafting the personalities, their carefully thought-out back stories, and how they were conceived in Do-hyun’s life. Intricately woven together, even if the end result wasn’t entirely medically accurate, it was believable for the average viewer. 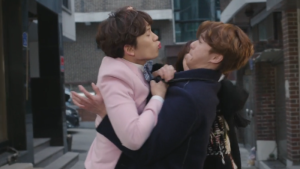 Although a number of viewers took issue with Ri-jin’s (Hwang Jung-eum) excessive shrieks, she eventually won viewers over with her intelligence, courage, and her warmth. Do-hyun might be the main tortured and broken character, but Ri-jin was the one who opened the door for the other personalities to feel loved. Her courage and selflessness made her an important instrument in Do-hyun’s healing process, and for that alone, I think this heroine deserves a pat on the back.

The lack of the requisite love square did this show a huge favour, and it allowed the focus to be on Do-hyun and Ri-jin. While Ri-on (Park Seo-joon) was teased to play a potential love rival, I really loved the direction in which the scriptwriter chose to develop him. As the overprotective older brother, it was really great to see his realization that Ri-jin is now a grown woman with her own thoughts, and that he will no longer be the first and only guy in her life. Park did a bang-up job as the one-half of the twin duo, and his exaggerated  facial expressions when he’s dealing with Yo-na make for some of the best moments in drama-land. In fact, it’s was a creative use of love rivals since it pitted Ri-on and Ri-jin against each other, as well as Do-hyun versus eyeliner Do-hyun. 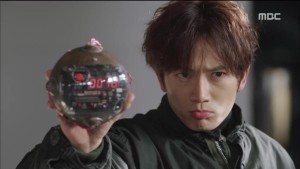 Kill Me Heal Me is far from a perfect drama, the machinations of the chaebol world overly simplistic and repetitive. That said, I didn’t expect tears to fall for the departure of one-seventh of a character. The farewells for Perry Park and Yo-na really struck a chord with me, and it’s surprising how much of an attachment the audience formed with them, given their minimal screen time.

The cast has repeatedly mentioned that Kill Me Heal Me is first and foremost a healing drama. And as vague as that term is, the supportive relationship between Do-hyun and Ri-jin, the grudging friendship between the two men in Ri-jin’s life, the love of the Oh family, and the overall message about facing fears together with your loved ones, all worked hand-in-hand to create an unforgettable production. No doubt Kill Me Heal Me will be missed for its lovable characters, and their heartwarming relationships. And of course, Perry Park. And Ahn Yo-na. And Shin Se-gi.

Readers, did you guys get on board the Kill Me Heal Me train? How did you enjoy it?