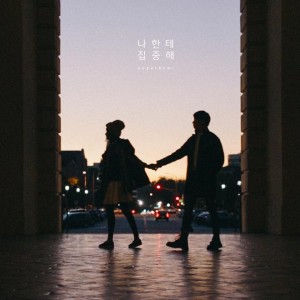 Welcome back to K-pop Indie Gem! If you’re a fan of K-indie, then you’ve probably fallen down a musical rabbit hole at least once — the serendipitous discovery of one new band sometimes awakens the unstoppable desire to find more, and before you know it, you’ve found eight new groups and declared each one your newest favorite.

Oftentimes these “favorites” end up forgotten a few days after the rampage ends, and only the strongest contenders emerge as a true member of your collection of beloved bands.

This week’s selection, Sugarbowl, is one of those special bands that kept my interest even after my periodic K-indie phases were over. That’s a little surprising considering the sound of the group’s music; it isn’t an in-your-face, attention grabbing type of sound. The songs are easy to listen to, though they’re also hard to forget. You might not notice it while you’re listening, but as soon as the music fades away, the melodies will be stuck in your head. You’ll be left asking for more music that you hadn’t even known you wanted in the first place. 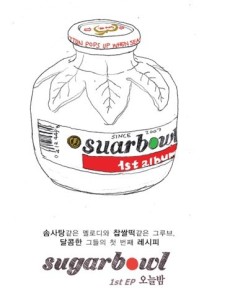 Now a duo composed of singer Go Chang-in and keyboardist Lee Hye-jin, Sugarbowl has a bit of an interesting history. The group released its first EP, entitled Tonight, all the way back in 2007. A five year gap followed, and in 2012, the band once again started activities.

With a crisper sound, their new music steadily gained attention through old-fashioned word of mouth and the technological boost of social networking sites. 2012 saw a stream of three singles, followed by the band’s first full album, Self-Interest, in 2013. They didn’t slow down in 2014, releasing both a mini-album and a single album, and so far have collaborated with fellow indie band Soulights on a single in 2015.

Just what is so special about Sugarbowl that caused their rise to success after a five year absence? The biggest reason is probably their relatable music — even if you can’t understand the lyrics, the songs just sound like feelings we’ve all felt before. The focus often seems to be love and the many emotions it evokes in us, ranging from the nervous excitement of a budding relationship to the comfortable happiness of a long-term love, and even the sadness of realizing that a once great love has disappeared. When set to cinematic MVs, these feelings come out even more clearly, and it becomes easy to see why Sugarbowl is a favorite of many K-indie fans; the mild emotions conveyed through the music are familiar and comforting, even if the songs themselves aren’t instantly remarkable.

To start out on your emotional journey with Sugarbowl, try something like “Half Joking, Half Serious.” It is a musical representation of the sweet frustration that exists between those will-they-won’t-they couples that everyone always roots for. If you’ve ever had a crush on a close friend, you’ll be able to identify with the song and the characters in the MV. It’s so tempting to get annoyed at the two for not acting upon their feelings, but the importance of their friendship also hangs in the balance. The songs (and leaves unanswered) the question of whether it’s better to risk your pride and friendship for romance or to just play it safe. Although the hesitation and lack of strong commitment is a bit unusual for a love song, it’s a lifelike representation of how people really act when they’re in love.

If “Half Joking, Half Serious” presented the ambivalent beginning of a relationship, Sugarbowl gives a similarly ambivalent conclusion in “Everything but Me.” The couple here wants to break up with each other…or do they? Memories of the good times are interspersed with the annoyances of the presence, and they mix together to create a glob of indecision. The song never really picks a side, alternating back and forth between happiness and bittersweet acceptance of the end until you can’t be exactly sure which side you’re supposed to take. Sugarbowl has captured the messiness of real-life decision making and wrapped it up in a pretty package, giving us the nicest representation possible of one of the hardest choices people have to make: leave past love or hope for it to return?

Maybe you’ve noticed the slightly jazzy tones in Sugarbowl’s songs; the driving piano, the warm guitar, the singing trumpets. If you’ve missed these smooth jazz influences so far, don’t despair: you’ll get it in full force with “Ooh-ah.” This is one of the best examples of the band’s ability to pull off a low-key jam, the type of sound that will invite you to sway along without distracting you too much from whatever else you might be doing. To someone who’s only heard the sweeter pop tunes that compose Sugarbowl’s body of singles, “Ooh-ah” might come as a bit of a surprise; it shows off depth that bands who specialize in cutesty love songs don’t always have. Sugarbowl has always had this jazzy strain, which you can hear more of in songs like “Tonight” and “Jealousy.”

Sugarbowl can even pull off this smooth jazz sound in sad songs, exemplified in “Us, Like This.” The slow tempo and dark tone of the music convey a sadness and twinge of regret that are just as emotionally moving as any of the more cheerful tunes. Of course, “Us, Like This” probably won’t bring you to tears in the way that a soulful ballad might, but that sort of intense emotion isn’t what Sugarbowl specializes in. Rather, the song drags listeners into a melancholy that is capable of lasting even after the music fades, and if you’re in the right kind of mood, it might even bring a tear to your eyes. “What Kind of Relationship,” “Don’t Stroke My Head,” and “Unfamiliar Night” also evoke this common feeling of loss. All four of these songs are great for those times when you just need to hear some sad music.

If you prefer not to end this journey through Sugarbowl’s sound on a sad note, you can also give a listen to their most recent song, “Miss.” The song was recorded in conjunction with Soulights, a K-indie band with which Sugarbowl has close ties: Sugarbowl’s singer Go Chang-in joined with Soulights’ guitarist and percussionist to form Papercut Project (a group which we’ve featured in a previous K-pop Indie Gem). Those who like Sugarbowl’s sound will probably want to check out both Soulights and Papercut Project, though you should beware, you may end up on a K-indie adventure that won’t end until you’ve heard all of each band’s discography.

Sadly, we have come to the end of our time with Sugarbowl. Hopefully you’ve enjoyed their restrained approach to emotion that has charmed so many other K-indie fans. Whether you need some unobtrusive music to listen to while working or studying, or whether you need a song to help you cleanse your emotions, it’s a safe bet that Sugarbowl has got at least one song that will fit your needs. Just don’t blame me if you end up humming the melody all day afterwards.