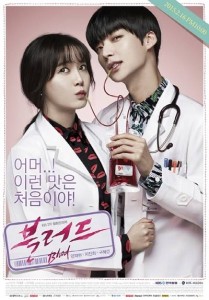 Very often, K-dramas sound like they were created by throwing darts at a corkboard covered in tropes and concepts. Blood is one of those dramas. It’s a medical drama about a genius surgeon . . .  who’s also a vampire! Because that seems like a good profession for a blood-drinker.

To be fair, I have no place to judge a vampire medical drama. After all, I have defended Vampire Prosecutor to every member of my family multiple times over the past three years. Using the vampirism as a backdrop rather than the primary focus of a series allows for characterization beyond “I want to drink blood”, and lets the writers examine how a vampire would live on a day-to-day basis.

Park Ji-sang, played by Ahn Jae-hyun (You Who Came From The Stars, You’re All Surrounded) is a surgeon who is incredibly good with sliced-up people and equally terrible with normal ones. He’s also a vampire. Ji-sang is lured back to South Korea with the hope of finding out who killed his mother twenty years ago, and finds himself working with the almost-as-skilled-but-twice-as-arrogant Yoo Rita (Gu Hye-sun) and living with friend and ally Joo Hyun-woo (Jung Hae-in) and Hyun-woo’s love themed robot Luvvy.

The episodic plot is driven by medical cases, but the overarching plot is driven by director Lee Jae-wook (Ji Jin-hee) who is a vampire as well, though a much more sinister one than Ji-sang. He’s been infected for forty years, and knew Ji-sang’s parents before they were infected with the virus as well. He’s very genre savvy, and this allows him to make choices most vampire baddies won’t.

Jae-wook believes that vampires are superior to humans, but is perfectly aware of the fact that they are in no position to emerge from the shadows. He refuses to let his followers drink from the vein, as that will just attract and anger humans. Jae-wook is clearly working some kind of long term plan, but to be honest, it’s not that interesting. Ji-sang and Rita as characters are far better at holding the audiences attention. 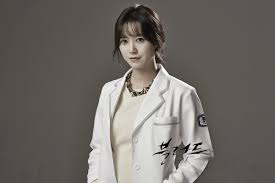 Blood is the rare drama that starts with two unlikable leads that actually makes me want to keep watching. Ji-sang and Rita are currently very unlikable people who make questionable decisions repeatedly. Yet, they are salvaged by showing that they do have good qualities. It’s just that those good qualities are drowned out by their bad ones, and character development is needed to dial them back.

Rita is incredibly proud, to the point of blindly refusing to admit that she may not be able to do a surgery. This hubris nearly kills her patient, and when Ji-sang intervenes, she goes on the warpath against him. That said, she learns from this, and doesn’t attempt a risky surgery later until she believes that no one more experienced will be able to do it instead. She’s also one of the few staff members to not turn up her nose at helping the patients in the free clinic.

Ji-sang is curt to the point of rudeness, and is seemingly unable to understand the concept of tact. Case in point: he tells a five-year old her dad is going to die very soon. However, he is an incredibly talented surgeon, and places a great value on human life despite only truly knowing one person. That, and being raised in complete isolation stunted his social skills severely.

Rita and Ji-sang both need to spend quality time with people who won’t just shrug off their nastier traits, either from friendship or respect for their skills in the OR. Luckily, they do that for each other. Rita is the only person who won’t give Ji-sang a pass on being a dick because he’s a great surgeon. Ji-sang has no issues turning the tables on Rita in order to teach her a lesson about just what her arrogance drives her to do.  They are a match made in heaven based on who they will help each other grow into. 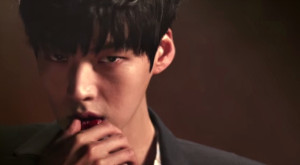 By far, though, the most interesting thing about Blood is it take on vampirism, which is honestly something I haven’t seen before. The effects are standard for modern vampirism. Getting turned slows or stops aging, gives supernaturally long life-spans, lowers body temperature to 27 °C, leaves victims susceptible to intense UV light (though daylight annoys them), and when bloodthirst hits, gives infectees Nosferatu nails and bright green eyes. However, vampirism is not supernatural, but the result of a viral infection.

Vampirism being the result of an infection over supernatural forces colors Blood in a unique way. Vampirism is studied and analyzed from a medical perspective, which allows the series to do things that would be ridiculous in other vampire worlds. Ji-sang’s parents were infected three years before his birth, but that birth feels possible because they were ill, not dead. Ji-sang’s mother was a medical researcher who used her skills to create pills that blocked the effects of bloodthirst. Once again, this feels plausible because if vampirism is a viral infection, it can be managed even if it can’t be cured, like antiretrovirals for HIV/AIDS patients. Jae-wook is seen doing medical experiments on other vampires, and his secretive ‘drug trials’ are likely a front for either spreading the infection or curing it. It’s vampirism through a wholly medical lense.

All in all, Blood is off to a decent, but not spectacular, start. There’s a lot of potential for a fresh take on vampires, but the true test of Blood lies in its characters and their ability to grow into better versions of themselves.