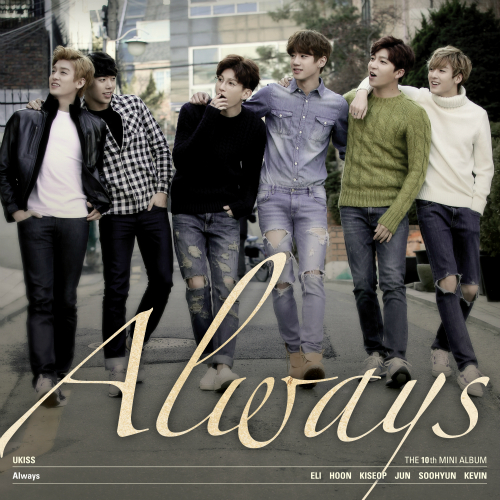 Beyond all odds, U-Kiss has somehow managed to survive in the K-pop industry for the past seven years despite little recognition for the group’s endeavors. The group exists in a weird nugu limbo in which they’re not well-known but are still somehow just popular enough to avoid giving up.

Recently, U-Kiss released their 10th mini-album Always and have proven once again (to their few listeners), that they deserve recognition for their talent and consistently good releases. Do I think that will happen with this album? No, but this Kiss Me can dream.

Throughout their releases, U-Kiss has transitioned away from the electronic sound that dominated their Neverland album and this is well demonstrated by Always. “Smart Love,” the first track on the mini, is an unassuming song that sets the tone of the album — pleasant but not amazing. “Smart Love” is bland but still sweet and Eli‘s verse in the song (written by himself) shows that his rapping is best paired with slower songs.

This is proven again on the next song, “Who Said.” While the intro rap verse isn’t bad, Eli’s second rap verse is so awkward that it makes Jun‘s rap immediately after sound great by comparison.

Jun’s transition into U-Kiss has been handled deftly by NH Media and, with this being his first comeback, fans were curious to see how he would be further incorporated. Throughout Always, Jun is only given short lines here and there. While he definitely has talent, it was a smart move by the company as he never overshadows the older members. In time, he will probably get more lines, but for now a slow integration seems to be the path taken by NH Media.

The rest of “Who Said” is enjoyable with its mid-tempo beat and mix of piano and electronic elements. I like the mix of electronic elements, especially the “gotta make it burn” because it’s both a callback to U-Kiss’s previous electronic tracks and it adds a hint of R&B to the song.

The title track of Always, “Playground,” plays to U-Kiss’s strength. The group does great with mid-tempos because they allow the boys to show off their vocals. U-Kiss has fairly strong vocals that pair nicely with the acoustic blend in “Playground.” U-Kiss’s vocals match acoustic songs as acoustic songs highlight both the singers and the rappers and are a little more interesting than regular ballads.

The acoustic focus in “Playground” actually reminded me of how well Beast does acoustic songs and U-Kiss’s music progression seems to be heading in that direction. The harmonization present in the next song, “Creak,” further strengthens this hypothesis. “Creak” could easily fit in with Beast’s discography and, most importantly, it is the strongest song on Always.

I don’t mean to compare them to Beast to imply that U-Kiss should copy them, but rather to suggest that playing upon this strength could be a possible avenue forward for the group. Almost every U-Kiss article nowadays includes the lamentation of the group never having won a #1 trophy despite being in the business for seven years, and I wonder if going down the semi-ballad path might help them out.

It is a shame that U-Kiss has not won #1 (especially with the amazing “Stop Girl”) and it seems that the group is always one step behind the latest trend. Though Beast has cornered the ballad/mid-tempo arena, U-Kiss could be a strong contender with a song like “Creak” because it allows every member to shine. 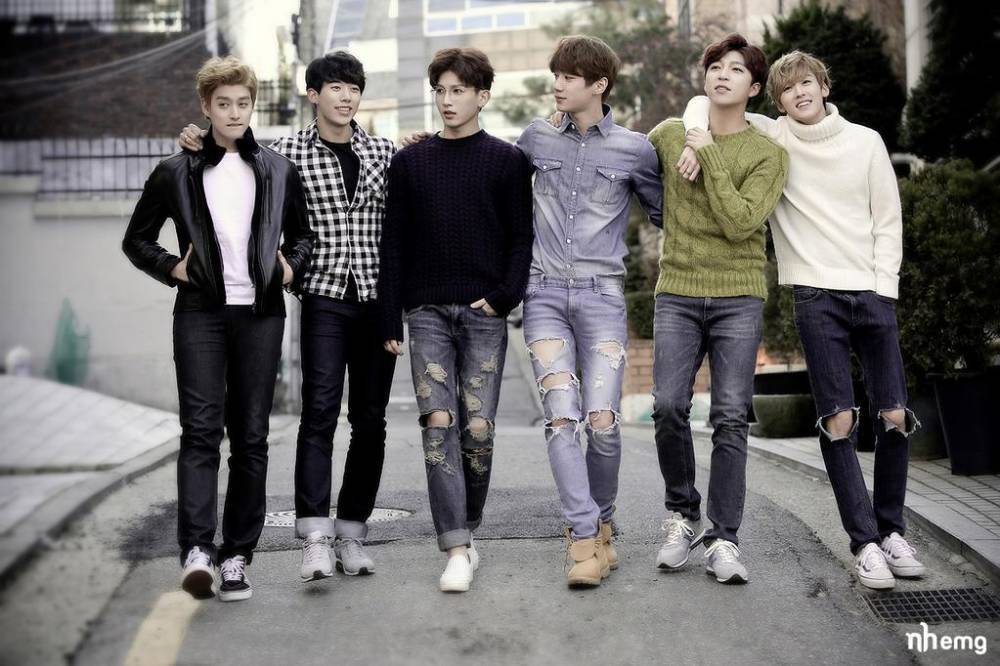 Soo-hyun and Kevin harmonizing is a beautiful thing and Kiseop and Hoon’s verses are equally good. Eli’s rapping, which can be hit or miss, was just right on “Creak” and may even have been his best rapping on the whole album. Even Jun, who got a few lines singing in addition to his rapping, impressed me.

“Want You Back” is the most similar to U-Kiss’s previous discography and wraps up the album. It’s a catchy, pleasant listen but doesn’t differentiate itself enough to compete with what the K-pop industry is currently releasing — although the rock influence is a nice touch.

At this point in their career, U-Kiss seems to be releasing music for their fanbase rather than trying to actively convert new ones — and that’s fine as long as they continue to release music worth listening to. Always isn’t a must-listen album but it is a good album that fans of U-Kiss and more casual fans will enjoy.

I like the fact that U-Kiss has their own musical progression and Always feels like a bridge to their next concept. I personally think they could do well emulating Beast, but only if they retain their own U-Kiss flavor instead of outright copying Beast. Until then, Always will tide listeners over until U-Kiss finally wins their first #1. Like I said, a Kiss Me can dream.

How did you like the album? What style do you think suits U-Kiss?