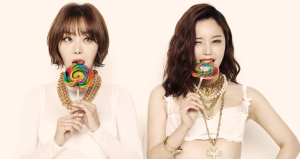 William Shakespeare once wrote, “One man in his time plays many parts.” People change who they are depending on what surrounds them. The funny thing is that it’s not just people that change roles; words do as well. It’s rather astounding how many different meanings a single word can carry, and how much of that meaning relies on the other words it’s joined to. One perfect example: tonight.

The Merriam-Webster definition of tonight is “on this present night or the night following this present day.” It’s a frame of reference for time. Yet, it carries so much more. Tonight can mean now, soon, sometime between now and soon, the end of a wait, the beginning of a wait. It can carry anticipation, dread, hope; it can mark a culmination or a new beginning. For this reason, the amount of songs with ‘tonight’ in the title is stupidly large, especially considering that the word rarely carries the same weight twice.

Arguably the best known “Tonight” in K-pop is that of Big Bang. It details the miserable spiraling end of a relationship, with ‘tonight’ standing in for ‘now.’ 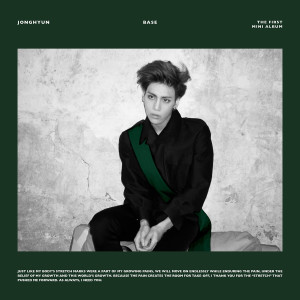 Here, ‘tonight’ is used as a mark of the present. The song as a whole speaks of pleasant memories in the relationship’s past, but the constant use of ‘tonight’ hammers in that those times have ended. Big Bang has firmly entered a new phase of depression and loneliness, and all the sweet memories don’t change the fact that, right now, they have no one.

Jonghyun’s “Beautiful Tonight” also uses ‘tonight’ as a stand-in for ‘now,’ but with a very different connotation. It is not meant as a way to split the past from the present, but to mark out the present and extend it slightly.

We’ve been saying the same things for the past 30 minutes
I can’t hold your hand,
let go of your hand or hug you
So I’m only looking at your pretty eyes,
nose and red cheeks and lips

Here, Jonghyun and his lady are doing that obnoxious couple thing where they can’t actually manage to say goodnight. Their “beautiful tonight” has been going on for a while, but they can’t seem to let it end. Instead, they revel, enjoying the wonderful feelings of their tonight, and letting them last just a bit longer.

One ‘tonight’ that is distinctly not now is “Tonight” by Brown Eyed Girls subunit M&N. They sing about needing their man to join them for the night. What sticks out is the use of ‘tonight’ — as in a song of this nature, it’s a bit unusual.

Tonight I’m a little bit lonely
I’m waiting for you to call me
You and I, you and I
Baby tonight just you and I

Normally, the sentiment in a song that’s fairly obviously begging for sex is ‘I need you now,’ but that’s clearly not the case. A sweetly sexual song would be more inclined to say, “I need you forever,” but that’s not what Miryo and Narsha are saying either. ‘Tonight’ is almost painfully obviously a temporary thing. They don’t expect him to come now, even though they need him. Hell, they hope, more so than expect, he’ll show up. The lack of a ‘tomorrow’ is conspicuous in its absence. The song is more in line with an affair than a relationship: tonight is all they have.

A big problem in K-pop is just how sharp the cute/sexy split is. Girls are girls, and then they are women, with no evidence of an internal journey. Spica‘s 2013 song “Tonight” is one of the few that addresses the transformation people go through as they grow up. Their ‘tonight’ is a culmination, the day they are set on the world as someone new. 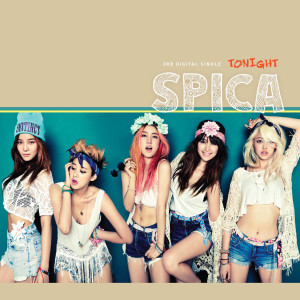 They speak of acting on their internal transformation, embracing the person they now are. It has a sense of ‘finally’ about it, as if they were waiting to become someone else, and, now that they are, they’re diving right in.

While the song has a serious, sexual undertone, it’s obvious that the internal change is what led them to feel ready for sex, as opposed to the sex triggering the change from ‘girl’ to ‘woman.’ It sounds exactly like what the culmination of an internal transformation should: grandiose and sweeping. Their ‘tonight’ is the night, and it’s something Spica has clearly been growing towards for a while.

Tonight: one word, nearly infinite meanings. These are just four different ways ‘tonight’ has been interpreted in K-pop, but there are many more. What are your favorite tonights, readers?