Valentine’s Day is just round the corner, and for a lot of us, the majority of the swooning and confessions we encounter come in the form of K-dramas. Instead of coming up with a list of something clichéd like best K-drama confessions or most romantic scenes, how about we ground ourselves in reality and examine some of the faux-romantic scenes that are impossible to avoid in dramas? Just because there’s romantic background music doesn’t make these scenes actually romantic. 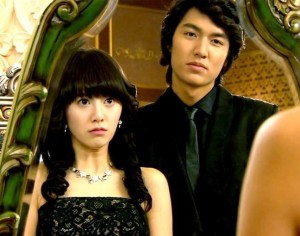 “You look like a hobo right now. So I’m going to makeover your wardrobe to make for some product placement opportunities.”

Oh, you know what I’m talking about, the scene where the chaebol sits on the couch outside the changing room, while the Candy female lead is instructed by said guy to change outfits at the speed of which we flip our TV channels, just to find an outfit that pleases him. Yeah, it’s pretty demeaning, no? It’s as though the girl exists for the sole purpose of looking pretty for the guy. She’s an independent lady and will wear whatever the hell she wants. And even if she wanted a makeover, she would rather showcase her individual style than the guy’s warped idea of fashion. What — you mean sweatpants aren’t fashionable?

Why It’s Romanticized: Because there’s always this one outfit that makes the guy sit up and take notice in open-mouthed shock — cue romantic music and slow-mo shots. And, of course, shiny outfits and rich guy = Prince Charming + Princess.

What It Should Be: I’m pretty sure the lady has a better opinion of female fashion, so just give her the credit card, and the dude can just wait in Starbucks. Or, better yet, let her take the (literal) charge like Kim Sun-ah in Scent of a Woman. Win-win situation, isn’t it? She uses her own moolah and feels like an empowered individual, and the guy can purchase more identical-looking branded suits. 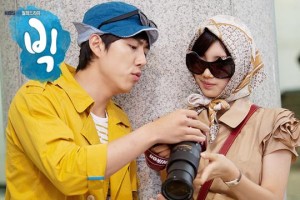 Made popular by Twilight, this habit plagues both females and males. Even if the stalker is as cute as Suzy or IU, I’m pretty sure that being stalked by a stranger is nothing cute at all, unless it’s someone you are familiar with, which… nope, still hella creepy. Knowing that someone observes your every move, watches you sleep, and has full undisclosed details about your toilet habits… *shudders*

Why It’s Romanticized: Because in that moment, there’s someone who would (probably) literally go to the ends of the earth for you. And it’s such an even greater honour that the someone is as hot as Kim Woo-bin. He would actually give us the time of his day!

What It Should Be: Creepiness isn’t attractive, but intelligence is. Utilize those awesome spying skills to start a career as a detective, or even a reporter! Turn the character’s weaknesses into strengths or, in this case, obsession into occupation. 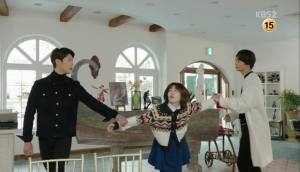 “Where do you think you’re going!” *aims for narrowest part of arm and grabs it*

Specially requested by Gaya and all K-drama fans alike. For the thousandth time ever, wrist-grabbing is not affectionate, intimate or swoon-worthy in any way, no matter how romantic the background music or how sexy the male lead is. The pretty girl whose wrist you’re grabbing is not a dog on a leash — you don’t just grab her wrist, manhandle her and fling her in whatever direction you want. That’s just rude, and it hurts, both her wrist and self-esteem. She’s not a piece of meat at the butcher up for grabs; she’s a human being with this strange limb called a hand. It’s there for a reason — use it.

Why It’s Romanticized: Because guys mistake it as a means of protecting and staking his claim on the woman.

What It Should Be: Man up, hold her hand. Don’t just yank it. She’s not going anywhere anytime soon, especially if you look that good, and there are ten episodes left. Have some confidence in yourself. If you’re the main lead, she’s going to come running to you, whether or not you grab her. If you’re the second lead, she’s not going to come running no matter how tightly you hold onto her. The rules of the drama universe are working against you — sorry about that. 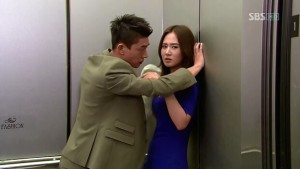 “Don’t you dare walk away from me!” *puts wrestling skills learnt from Kang Ho-dong to use and traps girl between wall and self*

Girl walks away. Guy can’t take rejection and uses his Herculean strength and intentionally pins her – painfully, I might add – against the wall because this is the only way he can assert his authority. It achieves the purpose of instilling fear in the poor girl, and igniting some sort of chemistry and spark since there’s no way to avert the gaze of the intimidating beast just inches away.

Why It’s Romanticized: Because the girl is cornered in close proximity with a hot guy. Now, if you just rotate the screen 90 degrees clockwise….

What It Should Be: Guys, if you like body slams so much, please join judo lessons along with Lee Min-ho, and Park Min-young can be your instructor. Then you’ll know how it hurts. Else, learn respect, and use words instead of actions. Otherwise, if you’re just trying to show off your strength, you can carry her shopping bags instead.

“Oh, you don’t want to kiss? Who cares what you want? You don’t know what you want. Objection overruled.” SMAACCCKK

It’s even worse when (4) is followed stupidly by (5). Perhaps, these guys just can’t take a hint. Sorry to disappoint, but you’re actually not that much of a stud. There are girls who will still say no to your face. Still, I have no idea how violent struggling equates to permission. Forced kisses feel almost as degrading as rape; in that split second, the female is objectified into something that will exists for the guy’s pleasure. Not to mention, it’s incredibly uncomfortable to watch a lady be violated in this manner.

Why It’s Romanticised: Because kisses with your ideal type can never be not romantic.

What It Should Be: Um, learn that no means no. Silence — much less intense floundering — does not mean consent. Ask for permission and then swoop in and take her breath — and our breath — away.

So this is my list of not-so-romantic romantic scenes. Are there any others that should be on there?