VIXX, Miss A and Exo Comeback Early This Year 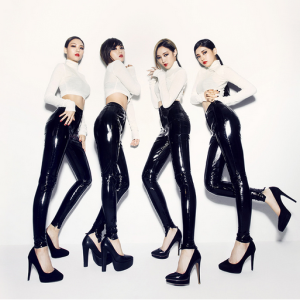 It appears that the first half of 2015 will be seeing a number of great comebacks, according to news released on January 26. Announcements were made by industry insiders and their respective agencies saying that VIXX, Miss A and Exo are scheduled to return early this year.

Of the three, VIXX’s comeback seems to be the earliest. The boy group is set to return in February, and their comeback album this time around is to consist of remakes of songs, including Big Bang’s “Sunset” and The Blue’s “With You.” Since their debut in 2012, the group has been slowly gaining attention for their creative and dark concepts, including voodoo dolls and cyborgs. It will therefore be interesting to see how VIXX applies their own style in recreating the original tracks.

After having conducted mostly individual activities in the past year, Miss A is also expected to be returning with a new album this spring — around March or April. This will mark their first comeback in over a year after their “Hush” promotions ended in late 2013, and according to a JYP Entertainment representative, most of the details have not yet been settled but the members are looking forward to promoting as a group again.

Finally, although a video teaser was released as early as December 2014, Exo is also preparing for an album to be released in early 2015. As an SM Entertainment representative told Star News, the members are currently undergoing preparations, and given their immense success in the past year, having swept up a number of end-of-year awards, expectations will be high for the group to keep up the momentum.