The SeeYa Lacks Passion in "The Song of Love" 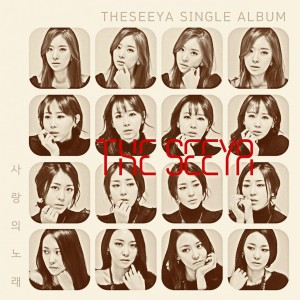 The SeeYa can sing, there’s no doubt about that. However, that’s not enough. When it comes to success, it’s all about the total package: the music, the song, the talent, and the visual representation. While the song succeeds in the talent department, their latest comeback, “The Song of Love,” does average or poorly in everything else.

When the music starts, one is led to believe that this will be a unique song. With the whistling and Latin-influenced guitar, the instrumental is pleasant and stands out.  “Pleasant” is all it is, though. There’s no impact or real climatic music in the song. The best part would have to be Yoojin‘s inflection during the closing bridge.

Once again, MBK Entertainment adds a superfluous featuring to a song. Exid’s LE was simply not needed. Youngjoo is more than capable of carrying the rap parts on her own, and it’s a bit insulting to add her in to do the rap when she’s only providing the non-sing-song harmony for another member. Either Youngjoo should have done the rapping herself – her vocal quality would have been better suited for the style, to begin with – or not included at all. The inclusion of LE strips Youngjoo of her role in the group.

Speaking of minimizing roles, Yeonkyung is getting shortchanged in her parts. If MBK isn’t going to effectively promote F-ve Dolls—which Yeonkyung is also a member of—they should at least make sure she has parts when singing with The SeeYa.  In “The Song of Love,” she has about two parts (approximately four lines) and that’s it. There’s plenty of room for her to have more – they could have just cut out LE.

Like other MVs the group has released, the girls show minimal to no feeling whatsoever. The song is sad, I get that, but the lack of emotion makes the MV bland. They don’t have the benefit of a dance to impart the appropriate sentiments, so their faces and body language are essential. There are some hand movements during close-up shots and when they are hitting some high notes, but that’s about it. With the exception of Yoojin, the only sentiments being expressed are either boredom or emotional shut-down.

This lack of emotional expression by The SeeYa could have been made up by the rest of the MV if the plot had actually made sense and explained exactly what was happening. From what I’ve been able to find out, the narration speaks of snow, but nothing much else. 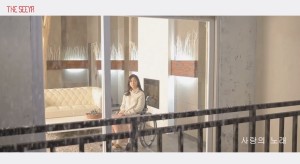 The MV had the chance to portray an epic love story (like was customary of MBK MVs in previous years), but is a letdown in that regard. Instead, all we get is the occasional shot of a girl (I believe it may be member Minkyung) in a wheelchair, and scenes of the group in random settings wearing their usual black outfits.

Why is the girl in a wheelchair? Why did her love leave? Did she become wheel-chair bound due to an accident that also took her love’s life? Did her love leave her because she had an accident that caused her serious injuries? Or leave her because he/she couldn’t handle taking care of someone in her situation? Inquiring minds want to know. Hopefully, there’s a prequel/sequel in the works.

The song lyrics aren’t any help, either. The song speaks of a love ended, or at least on the part of the subject of the song. The singer still wants to be in the relationship. They continuingly profess their love, and even partake in some classic “crazy woman” antics of walking the streets.

How does the MV even remotely relate to the song? Okay, so they are alone. That’s pretty self-explanatory. However, there’s no story or visual depiction of the lyrics. Couldn’t the shots of The SeeYa have included one of them aimlessly wandering the streets? 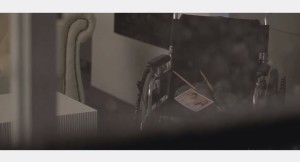 It feels like MBK phoned in the MV in an attempt to squeeze out a comeback before 2014 ended. They should have saved the money to put toward a better MV and song. In a song about love, you at least expect some passion and outright pain.

Overall, “The Song of Love” lacks a bit of spark. Yes, they sound nice, but there’s no oomph. Instead it feels like the same ballad The SeeYa has sung before. The group is in need of a breakout hit, but is not getting it with “The Song of Love.” Sadly, in the end, this is just another ballad track to get lost in the mass of music that will be released in the coming months.