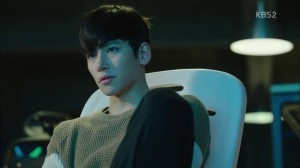 Understanding the essence of “healing” and how it ties to theft, hacking, fugitives, and murder is a focal, and rather poetic, introduction to KBS2’s drama Healer. Does codename “Healer” alleviate the burdens of criminals and in doing so put the innocent at risk? Is he a household vigilante like Spiderman, identity obscured by a mask? A night owl scouring the streets for clientele and crime?

Healer is turning out to be an intricate and beforetime story of friendship, career, and rebellion permeated with the tangy scent of justice and ethics. Once more delving into the world of broadcasting/reporting, crime, and politics, Healer unities all the contemporary elements of its plot through exploration around an enigmatic tragedy in the past. Young and impassioned reporters run an illegal broadcasting station at the same time as fleeing from the authorities. This group of several men and one woman run the station and urge citizens to defy the roots of despotism (politicians, governments, etc.) in their city and promote equality and justice. 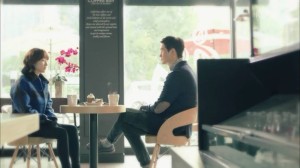 The plot saturates into the present and opens the drama with Seo Jung-Woo (Ji Chang-wook), AKA “Healer,” a night courier who engages in questionable tasks for special “clients”; these tasks range from theft to kickass fights with Double S thugs, delivering parcels and recording conversations, to obtaining nail clippings for DNA tests.

In general, he’s a baddie-busting beast with a beautiful face. In his quest to make a name for himself as Healer, Jung-woo is fed intel from a hidden guide, the super-hacker, kimbap lovin’ oddball, Min-Ja (Kim Min-kyung) — who also reminds me of a slightly depressing, ahjumma version of Jarvis from Ironman.

While Jung-woo is being hunted by reporters, goons, and wealthy CEOs, Chae Young-shin (Park Min-young, with a spunky new haircut) is the intended figure of focus in Healer. Young-shin is an enthusiastic and spirited reporter who resorts to stalking and camouflage to get a juicy story for her online news company, Some Day News. As with most crazy and daring female reporters we have seen in K-dramas (cough Yoona, cough Prime Minister and I) Young-shin is the victim of a childhood tragedy and therefore extremely devoted to her adopted father, Chae Chi-soo (Park Sang-myun). Chi-soo is renowned for being a lawyer by profession, but a visionary and humanitarian for protecting his clients after their trials, and the owner of a coffee shop where he employs ex-cons. 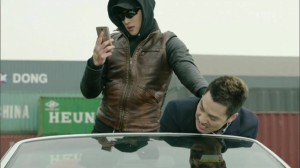 Even though she is the owner of a fairly common and flat persona, Young-shin is unique in that she is outspoken and fervent with her loyalty, which is clearly directed towards one figure, Kim Moon-ho (Yoo Ji-tae). Moon-ho is a suave, accolade-adorned reporter who is famous for his attention towards civilian cases and international stories. To get better acquainted with his dynamism, we are accosted by a flashback right off the bat in which Moon-ho is a young child following his elder brother and his reporter friends. His brother Kim Moon-shik (Park Sang-won) is in love with Choi Myung-hee (Do Ji-won), the warm-hearted and “taken” reporter.

Myung-hee is gentle and motherly towards Moon-ho, this compassion brings them even closer together in the present. Moon-ho’s relationship with his brother on the other hand, is obscure and volatile and serves to offer Healer with a greater complexity surrounding the events of the past and plans for the future. He is an individual grappling with the value of justice and legibility, and is plagued by guilt over the “death” of Ji-han, the young daughter of Myung-hee. It is probable that Myung-hee ended up a paraplegic with many health issues due to shock over her daughter’s death. Such a disability is a distinct inclusion in a character’s persona and intensifies the overall suspense of the drama. 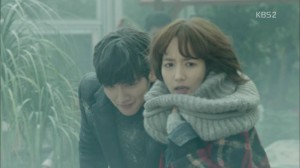 As the three main protagonists come closer to realizing their bonds and connections, Healer/Jung-woo becomes “Park Bong Soo,” Moon-ho joins Some Day News, Young-shin begins falling for Healer, and the rather sketchy and dark corporate events occurring in the background paired with the vagueness of a past passion extend our excitement and hope for Healer. Moon-ho’s dream sequence in episode three is an HD phenomena, as is a profound saying he repeats to himself in later episodes;

“My dream is to not dream,

[For] I have committed a crime,

My crime is my silence.”

Does silence “silence” dreams then? What events and concepts might this quote bring to Healer, and what is planned for the relationships among the characters that are slowly consolidating? Healer is therefore a drama about dreams and the confines that crime, sour relationships, and silence force on them. It is composed of delectable ingredients that are important for a flavourful and enjoyable drama and I for one, have been enticed.

Are any of our readers watching and enjoying (or not) this drama?