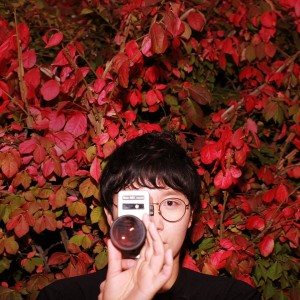 Welcome to the first K-pop Indie Gem of the year!

2014 was a great year for indie and we hope that 2015 will continue that trend. To kick off this year’s Indie Gem segment, I’ve selected Wym, an electronic solo project by Bjorn. His first LP, After Moon, is a synth-pop electronic journey that is mellow but never boring. It’s the perfect way to start the new year as the whole album is relaxing but hints at greater things to come.

After Moon begins with “Moon River,” a dreamy song representative of Wym’s style. It builds up slowly and follows its own time, unhurried even when Wym’s gentle vocals begin to echo in. The highlight of “Moon River” is the addition of the saxophone which evokes a jazz sentiment though the song remains distinctly electronic. I always enjoy real instruments in synth-pop and the fact that a saxophone was chosen — much less common than the usual choice of guitars — speaks to Wym’s creative mind.

“Trying” is my favorite song and easily the most popular on the album because it contains elements that mainstream electro-pop often has. The beat is interesting right from the start and more uptempo than “Moon River.” Even with Wym’s dreamy vocals, the song doesn’t feel too slow because the chorus is repetitive but catchy due to mixing synth elements with a guitar.

“If I Were Yours” is reminiscent of alternative rock but Wym’s electronic elements once again remind the listener of Wym’s background. This song earns its rock feel not only because of the music but because of the singers, Eddie Chun and EUMI. While EUMI’s voice would meld nicely with Wym’s more low-key songs, here her voice gets overpowered by the drums and cymbals, the only disappointing thing about the song. 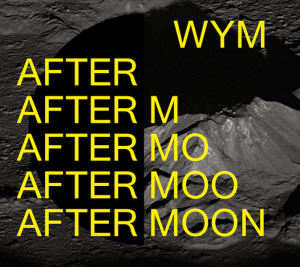 If laid-back isn’t your style, “Empty Desire” might be the track for you. The beginning feels like it would fit in in a 90s arcade game or on an Idiotape album. “Empty Desire” is almost trance-like at parts, making it a heavier listen than Wym’s previous dream-like tracks.

The repeating English lyrics, “Come with me, take this ride/Fill your need, let me inside” add a sexual energy to the already danceable song that makes “Empty Desire” more interesting. Ultimately, “Empty Desire” is a lot of things and because the vibe of the song is so open to interpretation, can satisfy a variety of listeners.

After Moon is a strong debut album that balances light, soothing synth-pop with somber works that are both introspective and interesting. The mix of genres and styles on the album demonstrate Wym’s versatility and make a full album listen-through worth it. I’d also suggest checking out “Light Years,” “Falling Under a Blue Sky” and “Again” if any of the tracks mentioned above caught your ear.

After Moon was a great album to begin the new year with as the clean style present in some of the mellow songs brought forth feelings of a new beginning. Wym has definitely piqued my interest and I will be sure to check out his work as Bjorn. With the strong impression After Moon has left on me, I’m sure his other work will be worth the listen as well!

Enjoy Wym? Have a suggestion for a future Indie Gem? Let us know below!