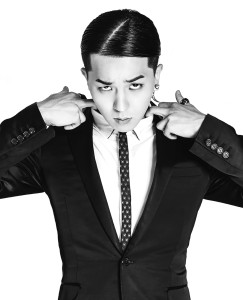 It appears that 2014 refuses to end on a quiet note as another member from Winner gets caught up in a verbal faux pas. This time, it was rapper Mino who made the controversial error.

During the SBS Gayo Daejun broadcast, Mino made a comment about how a performance “shook up the Korean ‘Yeol-do.'” The term ‘yeol-do’ generally references an archipelago, or more specifically Japan, as it is a series of islands. While the mistake may seem small to some, the comparison of South Korea to Japan using this term is viewed as disrespectful, in part because of its ties to the Japanese occupation before the Korean War. Since South Korea is a peninsula, the comparison came off as politically insensitive. Feelings regarding the Japanese occupation still run deep among many Korean citizens, so certain key words invoke very strong reactions. Unfortunately for Mino, ‘yeol-do’ happens to be one of them.

Mino later apologized for his poor choice of words, but SBS came to his defense, blaming the incident on a last minute edit to the script he read. There are mixed reactions in light of these clarifications, with some saying Mino should have paid better attention and caught the mistake. On the other hand, others are defending Mino, putting the blame on the production team instead for allowing such a term to be written into the script in the first place.

This is not the first time an idol has come under fire for using politically charged language. Last year, Hyosung of Secret faced similar flames for using a phrase incorrectly during a radio broadcast. Given the amount of exposure these idols face daily, perhaps it would be a good idea to invest in some public relations and improvisation classes to train them on handling these unpredictable conditions. It would certainly be better than constantly doling out apologies for verbal misunderstandings.