A Tender "As You Told Me" From Kim Na-young 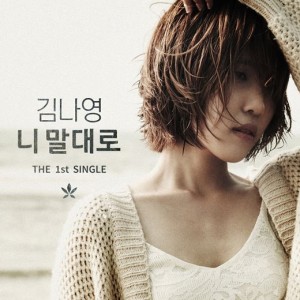 Kim Na-young is a talented rookie singer who came from Superstar K.  She has been a hotly requested artist for many different OSTs and was featured on a few high profile releases this year including Jungkey’s “Alone,” Fly to the Sky’s “Unknown Goodbye,” and “Sometimes,” Neverland Entertainment’s project album released earlier this year. Now, she is making her official debut with the title track “As You Told Me” from her first single album.

I’ve stated before that ballads are not my favorite types of songs, but this one does shine a bit brighter than the others. Kim Na-young’s voice has a particular sensibility which makes her voice compelling. On the lower ends, it has a slight nasal intonation, and she effortlessly traverses from soft tones to strong ones and from full voice to falsetto.

The song was produced by Kim Se-jin. Ballad compositions often utilize pianos and strings to produce that soft, swelling sound, and this does not exactly deviate from that blueprint. The lyrics are quite straightforward. It deals with loss and pinpoints the moment of separation from a relationship. Kim Na-young sings of how she is told by her lover to forget them. There is a specific moment where her lover tells her to just let go of the past and use hate to make their breakup easier to digest.

You promised me first

To pretend and forget

Please don’t ask me to do that.”

It is a breakup that seems almost unhealthy. A tried and true heart metaphor utilized during the second verse likens their relationship to a vital organ. When love is given or taken away by someone, it reveals how volatile the heart is and the repercussions can be rough. The tragedy here is that she is heartbroken and cannot use the bitterness to get over it.

Another beautiful aspect of this ballad is how the subject material pinpoints to a specific moment/eccentricity in their relationship. The string of words and their implications when the breakup occurred becomes analyzed and rebutted Kim Na-young many times over. She then expresses her exasperation at being told to just hate her ex. Being commanded to feel this polarizing emotion and to use it as a crux for getting over their previous deep connection is a careless and callous thing to do. People cannot just switch their feelings so easily on and off from love to hate, and with this mixture of conflicting emotions, “As You Told Me” is vehement about showcasing this contradiction.

The music video is at times formulaic, but it still succeeds in getting the message of the song across. It ascribes an emotional resonance to the main female actress as she cleans up and closes a clothing store. She is forlorn as she rearranges different pieces in the store. As she systematically goes through these chores, the camera catches her far off gaze — insinuating her mind is lost in thought. 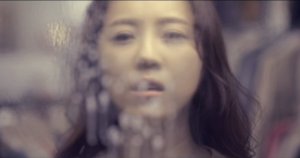 At some points, this sentimental feeling is pulled off extremely well. In a scene where she buttons up a knitted sweater, the extreme close up on her hands gently fastening one of the buttons helps to add a resonating core to her character. This simple interaction with an inanimate object reveals a caring personality in the actress —  she cherishes these small details and her gentleness adds those tints to a relationship we do not have any background in.

Another great scene occurs when she cleans the storefront window. She sprays it with a cleaning solution, and just as Kim Na-young sings about not being able to hate her ex, the actress wipes it away after a prolonged direct look at the camera through this muddled screen. The eventual swipe of the towel adds a burst of energy revealing her pent up anxiety. We start to relate to her side of the story with these little, seemingly unrelated actions.

Overall, this piece from Kim Na-young is beautiful. It follows a lot of conventions for ballads, but those elements do not detract from the story and emotion too much. The actress did a decent job building a rapport with the audience. Her far off gazes initially made the audience feel like a third party observer, but when she does look directly at the camera it adds a degree of strength — punctuating the emotional climax of the song. Even with all these laudable qualities, the stand out element in the MV is Kim Na-young’s voice. When it gets going during the choruses, it carries a husky tone and strength that is quite exquisite. Altogether, I would rate this release a 3.9/5. Kim Na-young’s voice is a great instrument that begs to be heard.