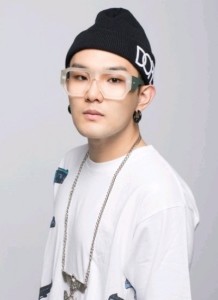 The talented young musician Kye Bum-joo, best known as a contestant on Superstar K4 and Show Me the Money, returned to the music scene this month with the release of his second mini album, 24.

Following  his first album, Something special, last year, and his digital release of the track “Game Over” in February 2014, his latest release develops and maintains the smooth musical style and sweet vocals we have heard from him already, all encapsulated by the lead single, “28.5”.

Effortlessly delivered, the song is a track that is pretty darn effective at making you either smile like a lovesick sap at the sweetness of the lyrics, or bawl in frustration at being forever alone. Either way, it’s a sugar-coated, R&B styled, love song that belongs on the playlists of romantics everywhere.

Featuring the lovely Jung-in, we are treated to Bum-joo’s warm and passionate vocals as he delivers lyrics that convey the love and devotion people feel within their hearts towards their significant others when in a relationship. It opens with an acoustic verse,

before going into a nice, slow melody accompanied by very stripped back instrumentals that really let the vocals shine. The soft tone of Bum-joo’s voice is very effective at delivering a song as emotive as this one, and surprisingly, Jung- in’s unique voice and higher pitched ad-libbing towards the end very much compliments the entire production as well, as they are able to deliver harmonies that balance each other effectively. 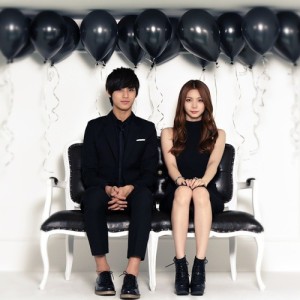 The music video itself depicts the lead couple (Kaeun from After School and Mingyu from Seventeen) as ‘The Lovers’ whilst Bum-Joo takes on the role of ‘The Watcher’. Our screens are then quite cleverly split into different boxes each showing a different variation of this couple as they act all lovey-dovey with each other. However, each variation is able to see and interact with one another. For example, Mingyu presents Kaeun with flowers in one square, while the others point and coo over them. In other squares, we see the couple hold hands, play around and behave completely adorable in love. At the same time, Bum-Joo hovers around in his own personal lonely little square with only a balloon teddy bear for company. He throws around paper airplanes and emits a cool, laid-back attitude as he lovingly watches the couple act smitten with one another, almost like cupid watching his work play out in front of him.

There is no real story line to follow but I don’t find this to be an issue as the video is rather more of an illustration of the emotions that come with relationships. I feel the simplicity of the video is a particularly good choice for portraying the message of the song. It’s monochrome style featuring white backgrounds with all black outfits also further compliments this. We are able to fully focus on the couple and their love in its simplest form through the affection they show one another, instead of being drowned out by any unnecessarily loud outfits or other distracting visuals or gimmicks. It’s quite stripped down, quirky and elegant all at the same time and really allows the viewer to appreciate the beauty of these emotions. 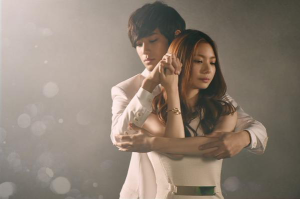 A scene that immediately stands out is where the couple begins to dance with one another. With the two of them dressed in white and surrounded by a mist in the air, there is an added beauty to their movements, which again are kept simple and subdued. Plus, I find the chemistry really works between the two leads, which is always a good thing as it really allows viewers to connect with the emotions being portrayed. Other scenes that are quite visually effective are the ones that make use of projector mediated images in the backdrop. At one point where the couple are hugging, we see a projection of candles lighting up the wall in the background. Similarly, as Bum-joo croons about Gangbyeon Expressway, we see a clip of a road projected behind him. I find that again these contribute very well to the modesty of the video and allow it to come across as more innocent and personal.

Overall, I’m pretty sure many people, including myself, will have fallen in love with this song. The video is a big ball of sweetness that even the coldest of people cannot resist, and Bum-joo’s voice seems to have this magical, soulful quality that tugs at the heartstrings. I think it’s clear to say that I’ve become a new fan, and if the rest of his album is any indicator, I’d say he has a pretty bright future ahead of him.