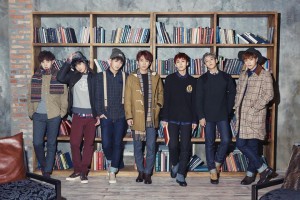 Christmas may have come and gone, but winter is sticking around for awhile. Though other groups released their quintessential holiday tune, BtoB decided to release an entire mini-album devoted to the season, The Winter’s Tale.

For the most part, BtoB trades in their more vigorous tunes for a more relaxed and smooth sound. It’s winter, so this of course makes sense. It’s not a new sound — given how the group debuted with “Insane” and “Imagine” — but, it is a bit difficult to erase from your mind their latest tracks and compare. Basically, this album is BtoB showing their non-“loud” side.

Additionally, it feels like Cube Entertainment may have heard the complaints about Peniel’s lack of presence. He appears to be acting as the narrator of the entire project – and in English no less. Granted, he’s the token English-speaking/singing member, so they’ll always turn to him for such things, but Peniel has more than one of two lines like usual. He also contributed to the lyrics, so it’s nice to see that the guy is getting some more attention.

Are you alone during the holidays? Well, BtoB says “You Can Cry.” The song was pre-released as a single – I guess to tell you to cry simply so they can tell you stop later. “You Can Cry” is about the dread one faces when Christmas rolls around and, once again, they are spending it alone. Feelings of sadness, jealousy and anger are all on display.

Contrary to the lyrics, the song doesn’t even sound that sad – especially if you pair it with the MV. Perhaps the song is meant to be more sympathetic to the plight of others, and less wallowing in self-pity. There are slight lifts in the vocals that make it sound more light-hearted. Additionally, the harmonies in the chorus add a real nice effect.

If I have one complaint it’s this: Where is Peniel? While the rest of the mini has more of him, he’s basically nonexistent in “You Can Cry.” Such a shame, but at least they make up for it on other songs.

“You Can’t Cry” a.k.a “The Winter’s Tale” is the title track. Members Ilhoon and Hyunsik participated in the creation of the song (both lyrics and composition) along with another track, “Drink!” Overall, they did a decent job with the song. It falls squarely in the realm of a Christmas track with the sound, and also fits in with the colder-weather tracks with the slightly sad lyrics.

A combination of classic Christmas and pop instrumentals, the song has the happy feeling. There is also a bit of disco funk moving through the song. This happiness feeling reflects the lyrics pretty well; Although the singer isn’t quite happy himself, he is emphatically imploring his ex to be happy and smile.

Given how cute the MV for this song is — and how bubbly the song sounds — you’re going to smile.

You can also distinctly feel the fact that this song is from Good Life. It has that B2ST-ballad aesthetic (Junhyung is half of the Good Life duo). Though, I couldn’t imagine B2ST actually singing this song, and if they did, I do’’t think it would be as appealing. BtoB’s own sound makes this song as good as it is.

BtoB switches gears quite drastically to close the album. No longer completely depressing, the final two songs are quite happy.

“Drink!” is a bit of an outlier track for The Winter’s Tale. It’s less like a winter song, and more like a B-side track from a typical BtoB album. That’s not to say the track doesn’t follow the more mellow feeling. “Drink!” has a bit of groove to it.  However, it’s clearly a party song.

While not a big fan of proposing people get completely wasted, there is somewhat of a good message here hidden amongst the irresponsible drinking: sometimes, you just need to let loose because life is long and draining.

This is a song for the rap line of the group. Perhaps the other members are part of the chorus, but Minhyuk, Ilhoon, and Peniel’s voices are the most pronounced and obvious. I have no issue with this. We all know that one of BtoB’s greatest selling points in their vocal line (as evidenced by the niceness of the previous tracks), so to see the rap line once again doing their thing is a good way to spread the love. 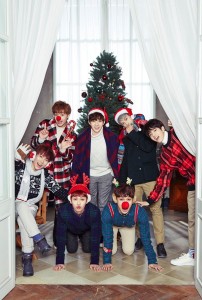 “Because It’s Christmas” is the stereotypical Christmas track. It’s a pleasant little track pairing themes of love and holiday magic.

Lyrically, “Because It’s Christmas” comes off as a cross between “Winter Wonderland” and “All I Want for Christmas is You.” It even has the repetitive, easy-to-remember refrain.  This puts it solidly in holiday tune territory. So, if you are looking for a slightly cheesy track, this is for you.

Overall, The Winter’s Tale is a solid winter release. Although there are some sad songs, these ballads move along quite nicely so you aren’t being dragged into the mire of depression. It encompasses the aspects of the season in December: slightly depressing, Christmas, and end-of-year partying.   Although it’s not terribly impressive, it’s not terribly boring either.