The Americanisation of K-pop: What Can the Asian Diaspora Bring? 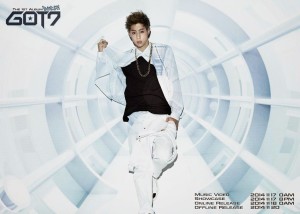 K-pop is an exclusive and homogenous industry, often lacking the spice of multiculturalism and diversity. In recent years, however, K-pop has seen a large influx of idols who were either born in North America or spent a large portion of their lives there. Despite being of similar heritages as the locally born-and-bred Korean idols, these North American-Asians inject a burst of foreign culture into the industry. Such idols include Henry, Got7‘s Mark, SNSD‘s Tiffany and former member Jessica, Tablo, Exo‘s former member Kris, f(x)‘s Amber and Krystal and 2PM‘s Nichkhun, Taecyeon and former member Jay Park.

This influx of people who are to some degree “foreigners” can certainly change things up in the industry. With the introduction of different cultures into the mainstream, the public is bound to be presented with new ideas and practices. Musing on the possible implications of this can help fandoms be more informed on which direction the industry is likely to take and figure out if we want it to go in this direction. Although the handful of individuals mentioned above aren’t going to single-handedly revolutionise the industry, they bring a burst of fresh air into K-pop that is bound to have some effects.

These North American-Asians are part of the “Americanisation” of K-pop, as the industry is forced to change and accommodate to the new cultures present within it. American culture has already touched every part of the globe, and South Korea is certainly no exception. However, the presence of several public figures from this background injects a more powerful dose of North American culture into K-pop than the secondary, indirect influence of American culture that every nation has been touched by.

The philosophies behind K-pop and American pop, despite sometimes resulting in similar sounds, have some vital differences. Americans love their soloists, whereas K-pop groups are often bigger than the average American family. Ideally, groups will be well-rounded, not lacking in dancing skills, vocal abilities, rapping prowess (cough cough) and, of course, visuals. Although all these factors are valued in American pop, it is not necessary for an individual artist to excel in each area, but rather be extremely skilled at one specialty. K-pop has recently seen a bunch of idols leaving their groups and trying out the solo life, such as the American Amber and the Canadian Henry. Gradually, K-pop is experimenting with different ways to present pop music, perhaps increasing their global relevance by now experimenting with soloists.

There are also huge differences between K-pop and American pop in the importance they place on originality and artistry. If an American star was caught lipsyncing, they would be in the headlines for weeks for all the wrong reasons. Plagiarism can mean the end of an artist’s career, and those who are capable of writing their own songs are highly respected. To be a puppet of your producers and managers is frowned upon, and individuality is required to stand out. K-pop, on the other hand, is highly regulated, with idols often coming in prepackaged forms, with their songs, choreographies, appearances and to some extent, behaviours, decided for them. It seems that K-pop is ready for some degree of change, however, as the transition from  idol to artist is already underway. Key figures in K-pop are demonstrating their desire to pursue a more organic form of art, with idols exercising greater agency over their work.

The Americanisation of K-pop can affect much more than just the type of art that is being produced: it can have a huge impact on the type of lives artists are leading. Western culture in general prioritises the rights of the individual, whereas cultures stemming from Confucianism, such as South Korea, value a collectivist approach to life. Rather than focusing on personal rights, they focus on group loyalty and working for the team’s greater good, having to be selfless in the process. The recent slew of lawsuits against uncaring entertainment agencies demonstrates that idols are waking up to their own rights. Kris, the subject of this year’s first high profile lawsuit, is Canadian, and his decision to look out for his own rights reflects this more North American mentality. Similarly, Jessica’s decision to pursue personal goals beyond her role in SNSD, which got her evicted from the group, demonstrates a more Western desire for creative freedom and control over one’s own career decisions.

Individual rights also extends into the territory of personal privacy, something that is highly valued in Western culture. South Korea’s terrifying sasaeng activity, and law enforcement’s apparent apathy towards the issue, is something that needs some major intervention. Although vicious paparazzi are certainly an issue in North America, celebrities can press legal charges against these people, which does not happen as often in South Korea. Additionally, the intensity of the invasion of privacy differs greatly between the two cultures. North American paparazzi or gossip gurus will generally just take sneaky photos of celebrities, which are relatively harmless. Most of the time, they do not present a real physical threat to idols, like sasaengs do, and most celebrities can still live an enjoyable life. With the cross-cultural pollination between North American and Korean culture, we can maybe hope for idols to receive greater personal liberties and right to privacy.

The introduction of this individualistic mentality, which can be attributed to the greater presence of North American-Asians, leaves two possible roads for the industry to go down. One possibility is that North American idols can be seen as a potential liability because they may shake up the status quo too much. This would mean that they are less likely to break through in the industry, as they are too much of a risk to invest in. However, this is unfavourable for the companies as they would be missing out on loads of talent that they can profit from, as well as lose a vital link to the English-speaking world that these idols can bring. Therefore, the ideal thing for companies to do is try to accommodate the different cultural attitudes and needs of these people. If the latter is the case, we can hope to see more appreciation of idols as individuals with their own abilities to contribute to the creative process. Additionally, their rights and human needs will be catered to because companies are becoming increasingly aware of the damage they will have to endure if they are sued. 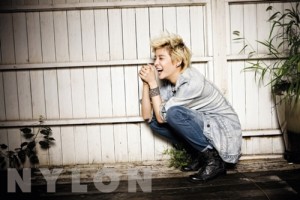 As well as bringing in more individualistic attitudes, North-American Asians can also get away with things that many homegrown artists cannot, thanks to the badge of ‘foreignness’ they carry. Because they are not seen as completely Korean (or Chinese or Taiwanese, as many idols are), these idols are excused from some of the rigid social expectations of Korean culture. Amber’s androgynous look, for example, would probably not be as widely-accepted if she was a born-and-bred Korean, as the pressure to conform to cultural norms would be greater in that case. Instead, her ‘Americanness’ makes her appear edgy and different, letting her get away with an otherwise unusual look.

However, this ability to oppose cultural norms carries certain responsibilities, too. In Western media, celebrities are often expected to be politically aware role models. Where Korean idols need to be careful of not saying anything controversial, Western celebrities are almost expected to do the opposite. Showing a lack of concern for broader issues can reflect badly on a celebrity, making them appear shallow and ditzy. Twitter is filled with the thoughts of public figures, helping to direct social discourse, and celebrities are highly respected if they speak out on social issues. If North American-Asians are bringing in a wave of Americanisation, then this responsibility is something that needs to be taken into account as well. Tablo is the perfect example of this, as he has been known to be vocal in the media, recently showing his concern for racial inequality and police brutality in America by retweeting about Ferguson. Clearly, idols of North American background can leverage a great deal of power if they choose to. Their relative foreignness lets them break social norms to some extent without too much uproar, and they are more likely to exercise self-expression due to the values embedded in them from their North American upbringing.

North American-Asians do face some unique issues when entering the K-pop industry, primarily the fact that they may always be seen as an outsider. This issue is further complicated if this idol is not of Korean background, but perhaps of Taiwanese, Thai or Chinese background. From looking at the North American-Asians in the industry today, however, this problem seems like it can be, and has been, overcome. North American-Asians are set apart thanks to their language abilities and image. K-pop is now undergoing a certain extent of Americanisation thanks to the influence of its North-American idols, with the industry showing the positive direction it is heading in in regards to personal rights and self-expression.