A Pink Releases MV for "Luv" 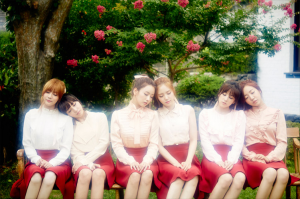 After a successful debut in Japan, A Pink has returned to Korea with their 5th mini album Pink Luv.  This is the group’s second release this year following Pink Blossom, and the MV for the title song “Luv” was released on November 24.

A Pink’s comeback, announced in early November, had a rocky start, as a plagiarism controversy arose as soon as the teaser images were released. Netizens pointed out that the styling and background of their first set of teasers was largely similar to several photos by photographer Michal Pudelka, to which their company responded that they were unaware of Pudelka’s images and denied consciously copying his work.

Promotions for Pink Luv began prior to the MV and song release. A Pink’s showcase was held on November 20, and they have performed comeback stages on all major music broadcasts this past week.

Their comeback this time around has a relatively different concept from most of their previous releases. While A Pink is known for their cutesy songs and fairy-like image, “Luv” is one of their more mature title tracks, and although the song is still of the pop genre, the MV and lyrics portray a more melancholy feeling. The MV showcases the members with sorrowful expressions and flashbacks of the members in relationships, while the lyrics express regret now that these relationships have ended. A Cube also seems to be pushing Naeun and Chorong more as vocalists in this song, as they share parts of the refrain along with Eunji and Bomi.

Readers, what do you think of “LUV” and A Pink’s change of concept in this comeback?

A Pink’s “Percent” Has Good Content but Stumbles On Execution 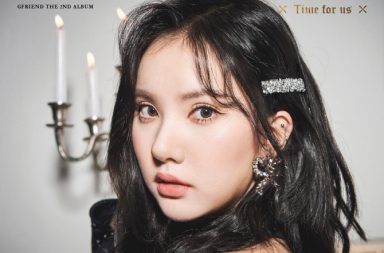