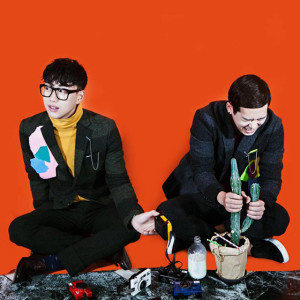 If you missed 10cm as much as I did, you would be delighted with the release of their 3rd album, surprisingly titled 3.0. They, apparently, have missed us too, since the first single from the album is titled “Missing You.”

If there’s one thing that has become 10cm’s trademark, it’s their lyrics — specifically, the domesticity of them. They can be humorous (“Kingstar”), touching (“Tonight, I’m Afraid of the Dark”) or just plainly mundane (“Americano”), but there’s always something the listener can identify with. They are taking the same direction with their latest album, with tracks such as “3rd Album Burdens,” and “Why Do Women Always Get Upset.” And, of course, “Missing You.”

“Missing You” is a slow-tempo track, more in the line of tracks such as “Goodnight” or “It’s Snowing” than of past hits such as the up-beat “Americano.” It is still, of course, absolutely fantastic — but let’s take a look at the MV here:

10cm have never been ones for spectacular MVs — more often than not, they feature the band itself just playing. “Missing You” only features Kwon Jung-yeol and Yoon Chul-yeon briefly at the beginning and then focuses on four characters as they engage in everyday activities. Nothing’s happening, apparently: a girl eats some ice cream, a guy works on his laptop, another guy reads a book. There’s an empty bed and a girl sleeping. Nothing is going on, not really, but there’s something awfully melancholic about everything the characters do; The girl who runs out of cereal, the guy who’s trying to untie his earphones. 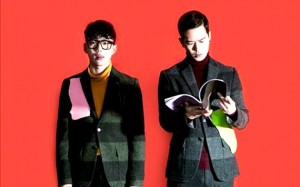 Sure, there’s nothing very dramatic about anything the character’s do, or nothing too painful in their expressions. Yet, looking at them going through the most mundane activities with blank expressions still gives a somehow mournful feel — they are all alone, don’t seem very enthusiastic about what they are doing, and seem to check on their phones with no thrill at all.

There is nothing very dramatic about the lyrics either, just the sudden realization after breaking up with someone that you find yourself missing the small things the most.

While the MV is filmed inside what seems to be the character’s houses, at the end of the MV the characters seem to gravitate towards outdoors locations: they look out of the window, open doors, and eventually they are outside. At the same time, the lyrics seem to give a sort of hopeful closure:

Once again, 10cm takes “less is more” as their motto — and it works. The MV is simple, yet beautifully executed, with a fantastic photography and a mellow imaginery. Sure, it is slow and, as I mentioned before, nothing really goes on, but it works perfectly as what a MV should be: a video that accompanies the song and helps create an atmosphere for it.