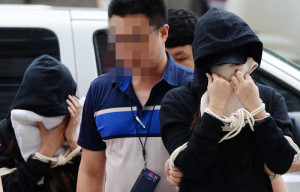 Blackmailing celebrities: even idols do it.

At the end of August, actor Lee Byung-hun (44) immediately turned to law enforcement officials to report a blackmail attempt. The culprits: GLAM’s Dahee(20) and model Lee Ji-yeon (25). According to reports, the women claimed to have a compromising video of the actor that would be shared unless the actor paid the ladies a sum of money (approximately $5 million). The video in question supposedly captured Lee Byung-hun making inappropriate sexualized comments to the ladies while drinking.

Reportedly, the trio met through a mutual friend. During one of their meetings, one of the women recorded the actor making the lewd comments when they were together either at a restaurant, Lee Byung-hun’s home, or Lee Ji-yeon’s home. This is only the beginning of the confusing state of this case.

Dahee was involved due to her dire need of money. According to reports, Dahee owed her agency almost 300 million won. Thus, she took drastic and criminal actions to get the money.

Model Lee Ji-yeon has been quick to put the blame on Dahee, saying it was all her idea and she acted alone. She’s also claimed to have had an affair with Lee Byung-hun – which has been quickly refuted. Due to them meeting a few times, Lee Ji-yeon began to believe that the actor was attracted to her and would reward her financially if she dated him. When the model proposed an intimate relationship, Lee Byung-hin reportedly ended their friendship. This led to the blackmail scheme. The women failed to capture the model and actor hugging, so they used the previously recorded conversation to extort the money. 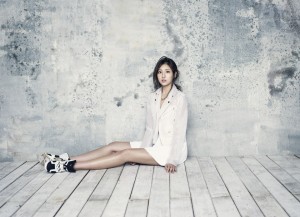 Despite conflicting reports regarding where the video was taken and the exact relationship between Lee Byung-hun and the women, there is no denying the charges. The police are not buying the model’s claims that it was an impulsive act due to a breakup, but rather a premeditated act. The women now await their fate, which can include a hefty fine and a jail sentence.

Lee Byung-hun isn’t exactly innocent in this whole fiasco. First, let it be said that there is nothing inherently wrong with a man his age hanging out with women of Dahee and Lee Ji-yeon’s age. People can hang out with whoever they feel like, for the most part. Nor is there anything wrong with being someone who tells dirty jokes, as long as you don’t venture into harassment. However, Lee Byung-hun is married. Thus, he should avoid any semblance of impropriety. Meeting two younger females, even if not alone, and giving them gifts just doesn’t appear right. It seems to be sleazy and suspect. He shouldn’t even meet same-aged non-related females without at least one or two chaperones if he doesn’t want the situation to seem wrong. That may seem ridiculous, but given Lee Byung-hun’s status, it’s probably for the best.

While he didn’t deserve to blackmailed, he certainly shouldn’t be surprised if the public isn’t giving him narrow-eyed looks and calling him out for his behavior. Nor should he be surprised that he’s losing CF deals. That’s classic damage control, because Lee Byung-hun looks very sketchy in this scenario. The fact he’s also famous and married to someone else who is famous should have given him enough pause to realize that things will not be easy for him.

I realize that this seems like victim blaming, but I’m not using his questionable behavior as an excuse. Extortion and attempting entrapment are wrong, regardless of what situation led to the crimes.

From victim to perpetrators, no one is innocent or guilt-free in this sordid scandal. Even the judicial system deserves a side-eye. Punishing someone harsher for blackmail than you do someone who assaults another person or drives intoxicated is difficult to swallow. But, at least they are actually prosecuting for a crime. 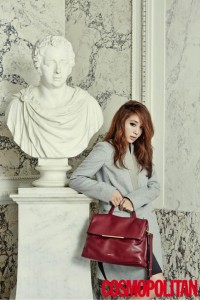 The only innocent and sympathetic people involved in this whole fiasco are the innocent bystanders: Lee Byung-hun’s wife, Lee Min-jung, other members of GLAM, and the associates of all those involved.

Lee Min-jung is an innocent victim in this scandal. She had faced past criticism when dating Lee Byung-hun, and is now seeing her marriage take a major blow. Since the blackmail has become known, she’s reportedly hiding with her parents, and only leaving to fulfill her contractual obligations. Although unable to understand what Lee Min-jung is facing, this certainly can’t be easy for her. The impact on her relationship and emotions has to be large.

Big Hit Entertainment‘s reputation take a big hit – no pun intended. It’s not completely undeserved. GLAM was a great new girl group, but have fallen into basic obscurity due to no promotions. Now, the group’s claim to fame lies in a member blackmailing a movie star. The likelihood of GLAM making a comeback as 3 members is pretty slim. That’s just a shame, since the group was definitely eye-catching when they debuted, and had talent. Hopefully, the rest of the members can find a way to bounce back in their career.

This is not to say that Dahee’s actions are in anyway excusable – they are not – but she may have been less hard up for cash if Big Hit had given the group more activities.

I’m hard-pressed to find any sympathy for the trio. In the end, Lee Byung-hun looks like a major douchebag. Dahee and Lee Ji-yeon are criminals who took advantage of a situation for their personal gain. All three hurt people they were close to, emotionally. It’s shameful.