K-pop Throwback: When 2pm Was Still Seven in "Again and Again" 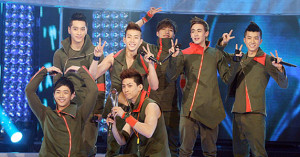 For the second installment of K-pop Throwback, we’ll be taking a look at JYP’s beast-dols, 2pm, who recently made their comeback. For those who don’t already know, 2pm actually debuted with seven members. However, due to a controversy in his pre-debut days, resident hot bod Jay Park had to vacate his spot as a leader and leave the team, rendering his team as a six-membered boy band.

One of the few MVs that Jay Park participated in is “Again and Again”, which eventually brought 2pm the exposure to win their first music show award in May 2009. And just months later, Jay Park never performed with 2pm again. 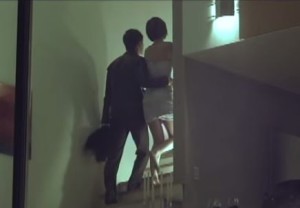 “Again and Again” is a song that many people have a love-hate relationship with. It’s the type of song that’s very superficial and repetitive, with the word ‘again’ appearing a total of thirty-four times. Even Frozen’s “Let it Go” only repeats the words ‘let’ eighteen times. This track is standard K-pop fare — about how a guy finds himself constantly looking out for the girl, whom he knows is unknowingly going to hurt him. That inexplicable draw that this girl has on him is quite strongly portrayed through the lyrics.

Anyhow, since when was K-pop ever known for its deep and meaningful lyrics? What “Again and Again” doesn’t have in substance, it makes up for it by nailing its chorus with an incredible earworm phrase that you would take weeks to get out of your head. With its steady synths in the background, the simple beat and melody makes it an easy song to get addicted to, or to get annoyed with.

The MV is really quite simple. Interspersed with the dancing scenes, we see the boys creepily stalking said girl, as she gets together with a new beau. With some overdone and bad acting by the boys, we see how pained they are by her abandonment. Watching MVs from as far back as five years ago remind me of how much flashier MVs have become in the recent years. The two backdrops for the group dances are so incredibly simple and bare, but it does slightly help to highlight the choreography better. 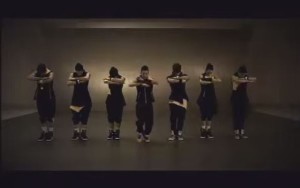 The choreography features a lot of popping and tutting, actually nothing that impressive by today’s standards, although it was pretty unique back in 2009. It helped to further cement 2pm as the resident b-boys, especially seen with their short ending cut of their well-known acrobatic dance, first made known to the public in their debut “10 out of 10”.

As the title song off their second mini-album 2.00PM Time for Change, it represented a significant maturing of their image and style from their fresh rookie days of 2008. With the addictive hook and loop of the chorus, listeners realized the power of the JYP whisper in song production, and 2pm’s fame skyrocketed subsequently.

Fans still get nostalgic when they see Jay Park in the MV; he had only a year with the group before his scandal derailed his 2pm career. His position as the leader evidently influenced 2pm’s style and his team members all acknowledged his incredible talent and respected him a lot for it. While it’s a pity that 2pm lost a key player, it’s impressive how he has managed to bounce back from it, no doubt due to his amazing talent and confidence. Still, it’s heartwarming to know that the ex-leader at least still got to celebrate his first music show win with his team members.

“Again and Again” propelled the group to win Best Male Artist and Artist of the Year at the MAMA Awards, as well as snagging KBS Music Festival’s “Song of the Year”. When 2pm performed this very song at the MAMA Award show, they commemorated their ex-leader’s absence with a spotlight over his usual spot in the formation, and left his lines in the song unsung.

It’s easy to wonder all the what-could-have-beens with all these groups who had member departures and lineup changes. Nevertheless, even without fearless leader Jay Park, 2pm has managed to carve a niche for themselves with their unique beastly image juxtaposed with wacky personalities and off-the-walls party anthems, while not forgetting to show fans their maturing side too.

“Again and Again” served as a great jumping board for the group to gain popularity amongst the masses. Boasting no flashy MV or hilarious dance moves, it works just on the basis of it being a song that clicked well with the audience. Not forgetting their great performance skills, sometimes that’s really all it takes, again and again.

Anyone still has this song on their playlist? How did you like the song when you first heard it?