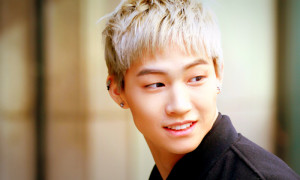 After the tragedy of Ladies’ Code’s car accident and the passing away of EunB and Rise, K-pop fans hoped that there would be no more news of car accidents for a long time. Unfortunately, just recently there were two more incidents although neither resulted in any serious injuries.

First, Big Bang’s Seungri crashed into a guard rail, overturning the Porsche he had been speeding in.

Although Seungri was determined to not be under the influence, he still was driving very recklessly, as another car’s blackbox footage proves.

Luckily, Seungri escaped major injuries although he is being treated for light bleeding in his liver, resulting in him missing the YG Family Concert in Singapore.

As if one accident was not enough, another idol car accident came to light when a van containing GOT7’s JB was struck by a city bus. JB immediately went to the hospital and was released when his X-rays came back clean. He then returned to his dorm to rest after his eventful day.

With idols’ busy schedules and the amount of time they spend on the road, it’s no surprise that idols get into accidents. Though JB’s accident was unavoidable through no fault of his driver, Seungri’s accident was extremely avoidable, and he is lucky to have emerged relatively unscathed. The driver in the car Seungri hit also did not sustain any major injuries although it was reported that they were being treated for minor injuries.

If there is any good to come from these incidents, I hope that Seungri’s accident will serve as a reminder for others to drive safely because while driving, your actions affect not only you but the other drivers and passengers in your vicinity as well.

Tired of reports of idol car accidents? Think there’s anything that can be done about them?