Idol Show Roundup: What Are You Watching? 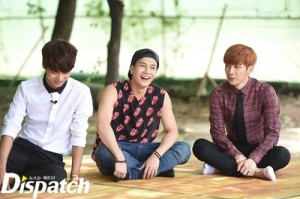 In the fast-paced environment of the K-pop industry, staying relevant is a difficult task. Luckily, for fans and idols, variety and reality shows offer an avenue to get idols’ names out there and show a different side of them. And because the entertainment industry is ever-changing, there are always new shows to check out. To help you out, we’ve compiled an assortment of past, present and future idols shows.

Jessica & Krystal: Featuring SNSD’s Jessica and f(x)’s Krystal, the show aimed to give fans a glimpse into the personal lives and sisterhood of Jessica and Krystal. There were many emotional moments as both sisters opened up about their difficulties, and although some described the show as boring, Jessica & Krystal touched viewers with the obvious love and care the two sisters had for each other.

Hyung-don and Dae-joon’s Hitmaker: In this show, MC’s Hyung-don and Defconn aspired to produce an idol group made up of BTOB‘s Sungjae, GOT7‘s Jackson, and VIXX‘s N and Hyuk. The MC’s named themselves “Brave Double Tiger” — a combination of popular producers Brave Brothers, Duble Sidekick, and Shinsadong Tiger — while the idol group was named “Big Byung,” AKA “Big Bottle.” In addition to the new idol group name, the members each got new nicknames in anticipation of their song “Stress Come On.”

BTS’ American Hustle Life: Billed as a reality show in which BTS travels to L.A. to learn about hip-hop, the initial premise made many fans uneasy. Combined with the distasteful first episode in which BTS was “kidnapped” by three black men, some wrote off the show entirely.

However, those who have stuck with the show have said AHL has improved over the episodes. With the introduction of Coolio, Warren G, and Tony Jones, BTS members were tested on their hip-hop knowledge and given further challenges. If you haven’t watched the show yet, be prepared for lots of secondhand embarrassment. 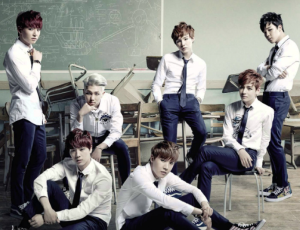 Idol School: Hosted by MC Jeon Hyun-moo, singer Kim Yeon-woo, and Girl’s Day member Sojin, Idol School is a new variety show that puts idols to work. In order to build their own music show stages, idols must win games to receive equipment. Featuring Bestie, Halo, and members from Topp Dogg (B-joo, Hansol, A-Tom), Idol School is full of rookie K-pop idols who could use the exposure. Although unconfirmed, it seems as if future shows might feature other groups such as C-Clown, Cross Gene, and AOA.

The TaeTiSeo: Also produced by OnStyle, the network that aired Jessica & Krystal, The TaeTiSeo will focus on SNSD members Taeyeon, Tiffany, and Seohyun. The show aspires to focus on the everyday lives of the three members, including their fashion, makeup, and dining. While the premise isn’t the most interesting, longtime fans of SNSD will probably find the show enjoyable.

Although we only covered a few idol shows, rest assured that these are not the only idol shows around. Many more idol shows air on YouTube channels and can be easily found with a quick search. But if your favorite idols aren’t currently appearing on an idol show, you can be sure that they will sometime soon.

Watched/watching any of these shows? Looking forward to any other upcoming shows?