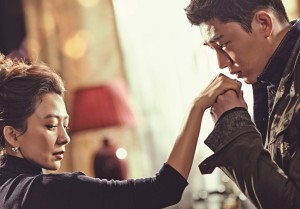 This is the midyear review post to remind you that it’s not all about the music. As it does every year, dramaland continues to churn out the thrillers, rom-coms, kisses and geniuses; and from the dramas aired this half of the year, writers Gaya, Lo and Joyce have picked out their favourites and discuss the merits of character development over narrative, among other things. Enjoy!

Gaya: So it seems I didn’t like Witch’s Romance as much as you guys. I still do love and enjoy it, but the biggest reason it’s been relegated to 5th is Ji-yeon’s ex-fiance the arsehat. Those episodes with him were miserable and they could have been shortened. I normally don’t mind a bit of schadenfreude, but I’ve fallen in love with Ji-yeon so much that I just hated seeing her so miserable, not to mention controlled.

Joyce: Maybe it’s because it’s been a while since a legitimate rom-com which makes me squeal has come around. Even so, Gaya, what you said about the ex-fiance rings true to me as well. But while a sucky plot gives me heartburn for maybe a day or two after, a captivating and charming character with a true-to-heart performance sticks with me for years after. That’s probably how Gong Yoo‘s character in Coffee Prince is pretty much still my ideal guy. And Dong-ha comes in a pretty close second. 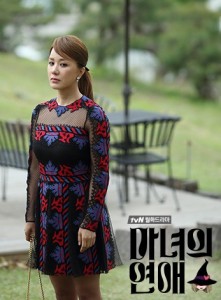 Also, female leads rarely draw me in but Ji-yeon’s characterization is genuine and relatable. She might be a successful career-woman in her late thirties, but she’s not entirely jaded about love, which is another lame cliché often tagged onto single career-women. She is fearful about being alone, which explains her eagerness to please her romantic other. And since that side of her totally stands at odds with her hard-ball reporter self, the realism of this dichotomy strikes a chord with me.

That said, I really enjoyed how fast the plot chugs along in Witch’s Romance, led by the quick resolution of conflicts because the two of them are not “lying to protect the other.” That’s one intolerable rom-com trope and Witch’s Romance has been doing a pretty decent job at avoiding that. All in all, in my book, characters comes before plot, so Witch’s Romance wins.

Gaya: I’m not too familiar with web dramas, but it’s nice to see one top your list, Lo.

Lo: It’s …just spectacular. There are no flaws!

Wang Ji-won and Seo In-guk are utterly perfect. Another Parting is about 50 minutes total, and they are on-screen the whole time — there’s no supporting cast. There’s also little to no dialogue. Despite this, they deliver one of the best, most intense, most emotive performances.

The message of Another Parting is ‘feeling any emotion, no matter how shitty, is better than feeling no emotions.’ All the pain and worthlessness and despair became proof that you are a person, alive and real. If you feet nothing, then you could just fade from humanity without notice. Worthlessness, hope, pain, they’re something, and those emotions, dark as they are, can be used to fuel actions, to allow someone to add to the human collective. As long as you have that, you can make yourself go on, until you don’t have to make yourself. Too often, depression is seen is something that can be cured with happiness, and, in my experience, it’s not. It’s something you deal with by learning to appreciate the bad, and Another Parting gets that.

Wow, that got heavy. But, You From Another Star! We all have that on our lists, what did y’all like about it?

Joyce: I’m just trying to recall how You From Another Star totally rocked my world, it feels like such a long time ago. Time really flies when you’re watching dramas; before you know it, eight weeks has passed.

Firstly, the chemistry between Jeon Ji-hyun and Kim Soo-hyun was electrifying, and coupled with the way both of them committed to their characters, the witty and entertaining script shone even brighter with their convincing performances. This is one of the few rom-coms where great actors were buoyed by a fun-loving and engaging director-writer team behind the scenes, which helped to make everything come together wonderfully. The E.T. Touch — who can ever forget that scene?

Although the villain plot and the noble idiocy got a little tiresome, the plot development was sound, and the character development really did it for me. I relished the role reversal of the leads, and how they made each other better people– Min-joon, the conservative and emotionless one, learns how to live life through the influence of Song-yi; and Song-yi, the top-star and aggressive diva, learns how to love and care for Min-joon. A drama is so much more enjoyable where the character growth is rewarding and reasonable. The drama was also seasoned well — the banter between the two, hilarious situations the neighbours got involved in, drunk Min-joon, bromance between him and Song-yi’s brother — You From Another Star hit a lot of sweet spots, enough for me to overlook its shortcomings. 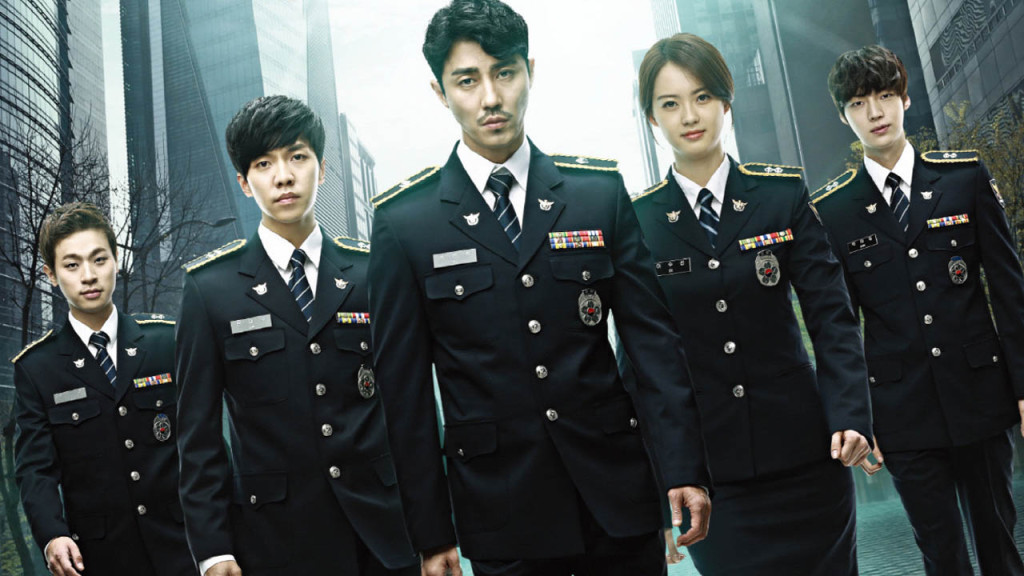 I haven’t been able to keep up-to-date with You’re All Surrounded, but has it really been as good as the hype make it out to be?

Gaya: My love for genre mixes is what attracted me to You From Another Star; and that same love for genre benders was why I started watching You’re All Surrounded, and it’s been doing a great job so far. The show has managed to set up its very sad and serious story while also bringing the laughs; it’s balancing the melodrama, mystery and comedy pretty well. I love the police station setting and the growth in the relationships between the characters, as well as the growth within themselves. My favourite bond so far is the fast-developing one between Pan-seok (Cha Seung-won) and Soo-sun (Go Ara). Soo-sun really does look up to him as a mentor and I know I’m going to love watching Pan-seok warm towards her as the drama goes on.

Lo: I really like You’re All Surrounded because it’s a cop comedy. People think that first responders– police, EMS and firefighters– must be serious people, because their jobs are serious. As someone who knows a lot of cops and medics, it’s not true. There’s tragedy, but a lot of humor and hijinks as well. If there wasn’t, no one would manage to stay on the job. Three Days is how we like to imagine cops, but You’re All Surrounded is how they really are. I’d say Soo-sun is my favorite as well, but I’m more a fan of the ensemble as whole.

Gaya: As the series progresses, the team bond growing between the rookies and their mentors has been heartening to watch.

And speaking of Three Days: Joyce, you’re the only one to have both that drama and God’s Gift on your list. 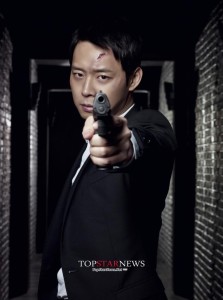 Joyce: Three Days and God’s Gift are one of the few straight-up thriller dramas that I actually managed to sit through, because I got completely engrossed in the plot and the characters. Although they were both airing at the same time, they appealed to the different facets of the genre. God’s Gift embedded a complicated plot with many, perhaps too many, twists and turns, whereas Three Days utilized action and opposing morality compasses to churn the story.

One thing I love about such series is that every single detail counts for something — cross-references and flashbacks between episodes are brought up like no other, and it increases the appreciation I have, and the amount of attention I pay to each episode, not knowing how it might come in handy. The script was smart, and the unfolding of the solution made me go “Dang, that was cool.” Not to mention, both series had stellar performances from the cast. From the main leads right down to the last sidekick, every single actor committed to the character, and it’s so fulfilling to watch a thrilling script buoyed by an absolutely winning cast. While these dramas might not boast the best character development, the characters themselves start off incredibly well-written and fleshed out, and it was so satisfying to ride through the crazy roller-coaster with them.

God’s Gift would have been number one, but its atrocious ending made it drop a couple of spots, despite being very close to being a perfect drama. The  plot twists were totally unexpected, in a good way. Despite the subject matter being relatively heavy, the character nuances were absolutely charming, and it injected some much-needed light beats into the dark storyline. Special mention to Jo Seung-woo who literally brought his character to life with his gruffy satoori, quick wits, adorable chemistry with kids and pretty much every single human being in the drama.

Gaya: Oh yes, Jo Seung-woo was fantastic in God’s Gift, which makes the ending for him just that much more horrible.

And speaking of horrible, shall we quickly mention the dramas that let us down? For me, it’s Doctor Stranger, followed by I Need Romance 3 and Triangle. The former is what happens when the genre blending fails spectacularly — Lee Jong-suk‘s face is the only thing it has going for it right now. I Need Romance felt too slow for my liking, and Triangle… it’s basically Yaadon Ki Baarat the K-drama, but with boring songs and blasé psychiatrists.

Joyce: I Need Romance could definitely have been better towards the end. It started off electric and zippy, but it lost a bit of that spark as it went along. I actually got mad at the end because of the way Joo Wan kept coercing her to say “I love you,” even if it was technically a real-life issue couples face. That said, I really enjoyed the life questions posed, as well as the authentic relationships portrayed. The two female leads’ rivalry and reconciliation brought such a smile to my face, and it reminded me so much of the equivalent in I Hear Your Voice. Actually, now that I’m on board the Surrounded train, I probably would switch out I Need Romance for it. Oh wells.

Sly and Single Again was super disappointing for me. It went exactly where I did not want it to go — angsty crazy second leads who don’t exist in real life. I have no problems with the main leads, but Seung-hyun… seriously, you’re actually going to break ties with your life-long hyung for a noona you just got to know and who doesn’t even like you?

And what was up with Yeo-jin’s prosthetic leg? Couldn’t they have chosen a tragic past that’s less ridiculous? Firstly, the accident was partially her fault because she was KISSING WHILE DRIVING. And then, if your prosthetic leg is giving you self-esteem issues, I’m pretty sure you wouldn’t be strutting around in mini-dresses and heels. Where’s the characterization here, drama?

Gaya: Yeo-jin’s treatment didn’t get to me as much as her brother’s did (that has to be the K-drama definition of a heel face turn), but the way Witch’s Romance managed to avoid that with Eun-chae really makes me think of what could have been for Sly and Single Again. 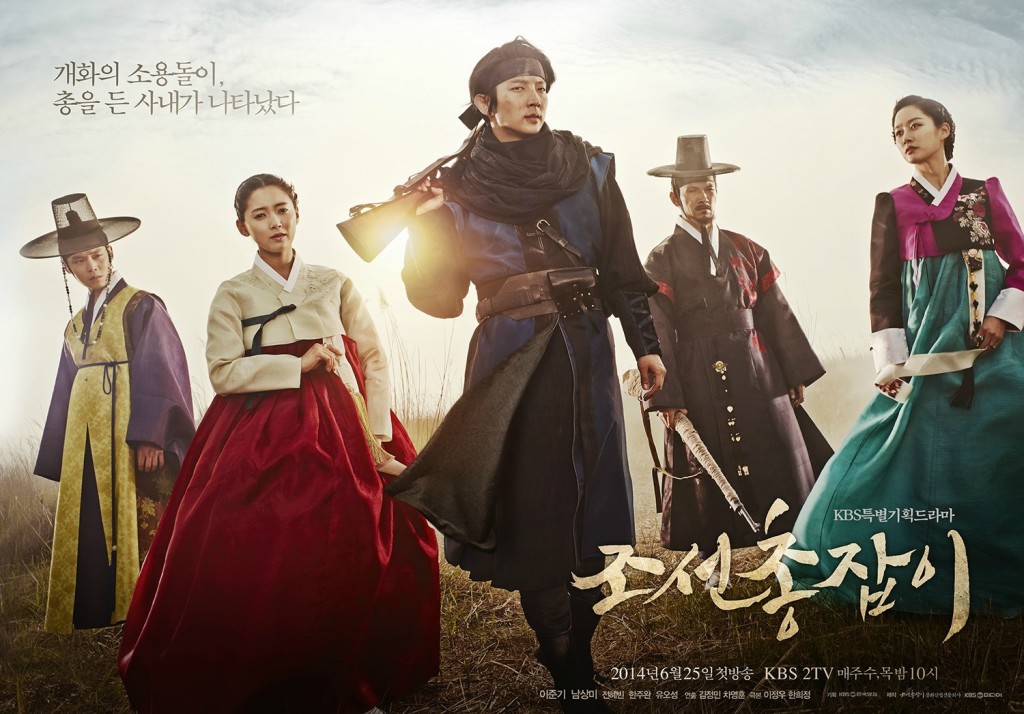 So, those are the dramas for the first half of 2014; what are your thoughts on the line-up for the second half? I like Eunji enough to consider Trot Lovers, but Joseon Gunman is what I’m really looking forward to.

Joyce: Yes to the Lee Jun-ki love. I’m also anticipating the remake of Fated to Love You, just because I loved the Taiwanese original, and Jang Nara fits the role perfectly.

Lo: In the 2nd half of 2014, the dramas that have grabbed my attention are the Fated To Love You remake, Marriage, Not Dating, and High School King of Savvy. Is it possible to stan a tv station? ‘Cause I think I’ve become a tvN stan.